Terrifying moment man, 20, is slammed upside down against the side of a building after being hit by car which ‘ran a red light’ while he was crossing the street

A man is lucky to be alive being thrown against a wall when he was hit by a car that is thought to have run a red light as he was crossing the street.

Police say the victim was crossing the intersection at 56th & Walnut Street in Philadelphia when he was struck by the driver of a 2009 Volkswagen that was travelling at some speed.

Surveillance footage shows the man being flung against the wall of a building like a ragged doll as the car comes to an abrupt halt after smashing into the wall with the man on its hood.

Moments later, he is seen lying on the ground but incredibly was still able to pull out his cellphone and text relatives that he had been in accident.

‘A vehicle traveling westbound on Walnut Street approaching 56th Street drives between two vehicles that were stopped for what we believe was a red light,’ said Captain Mark Overwise, commanding officer of the Police Accident Investigation Division.

‘The vehicle passes through it and gets struck by a northbound vehicle travelling on 56th Street.’

The 20-year-old man is now recovering in hospital and will have to undergo a number of surgeries. He suffered two broken legs and internal injuries. 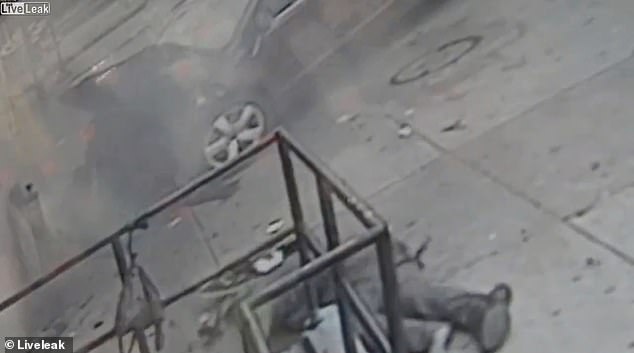 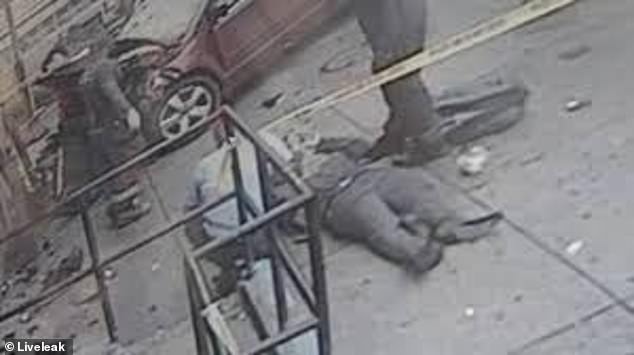 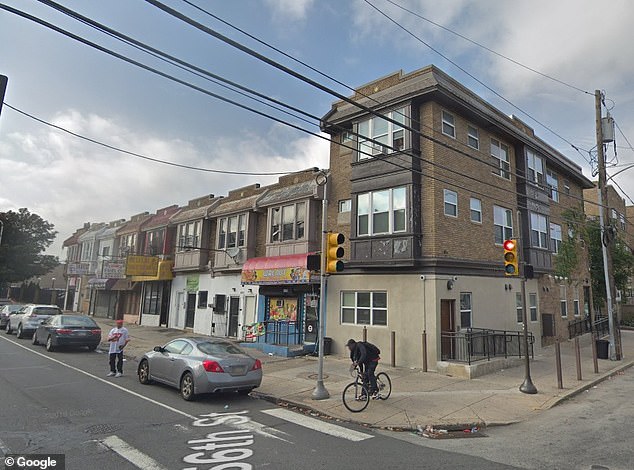 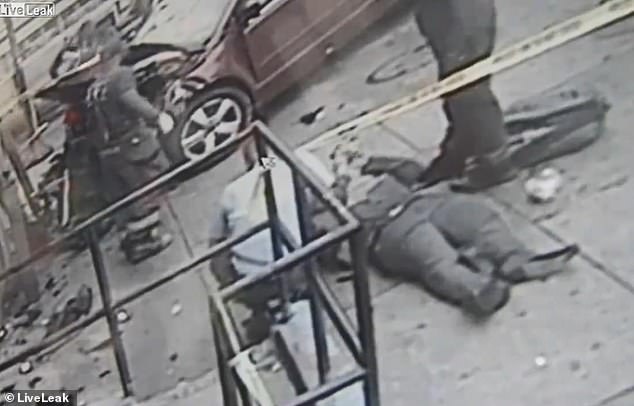 It happened around 10:15am on Wednesday at the intersection of 56th and Walnut streets.

Joshua Thompson who lives in the building says he was taking a nap when the impact woke him up.

‘When I came home, I heard a big noise and I was lying down. The whole building shook,’ said Thompson to 6ABC.

Arianna Luciano, who works in the convenience store beneath, was watching the cameras and saw the accident happen in real time.

‘I was nervous and crying,’ she recalled. 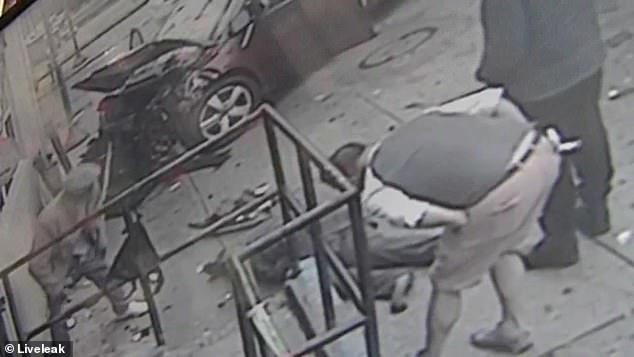 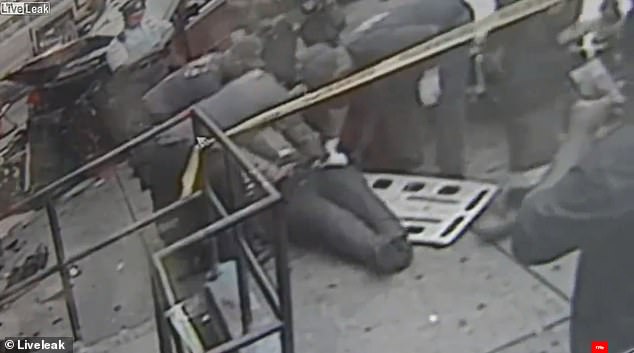 The 20-year-old man is now recovering in hospital and will have to undergo a number of surgeries. He suffered two broken legs and internal injuries

Authorities are now investigating into how the accident occurred.

A police surveillance camera focused on the intersection should help to determine who was at fault. It’s believed the driver ran a red light.

‘We’ll also have to try and determine the speed of the vehicle, and based on those things, along with some other investigation, we’ll determine whether or not criminal charges apply,’ said Captain Overwise.