This astonishing footage shows a Miami store surrounded by a wall of water in the wake of Hurricane Irma.

The video of the unidentified shop that appears to sell jewelry shows the water is several feet high over the doors and windows.

This makes it impossible to escape without letting in a massive flood like opening up a dam.

Reporter Josh Benson with WFLA tweeted the video writing: ‘Store owners in #Miami watch as their store is surrounded by a wall of water. What a terrible and uneasy feeling. #HurricaneIrma #Irma.’ 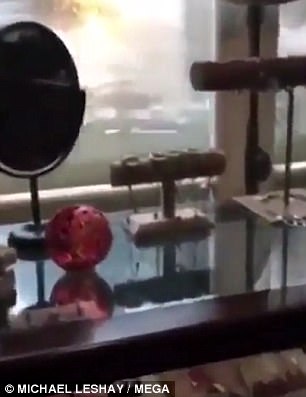 The surreal video shows debris floating in the water and was shot on Sunday afternoon. The store also appears to be flooded by an inch or two

More than three million people are without power in Florida due to the hurricane that is now a Category 2 storm.

The National Hurricane Center said Irma’s winds were at 110 mph, just below major hurricane status, as the center of the still dangerous and wide storm moved farther inland late Sunday. 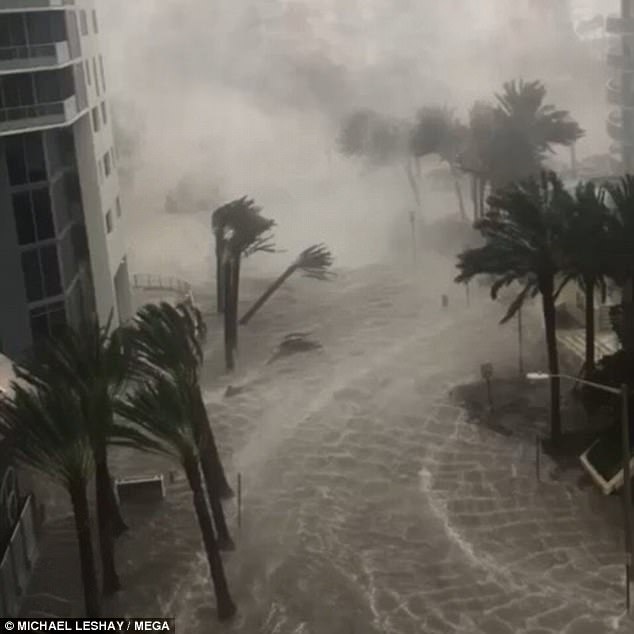 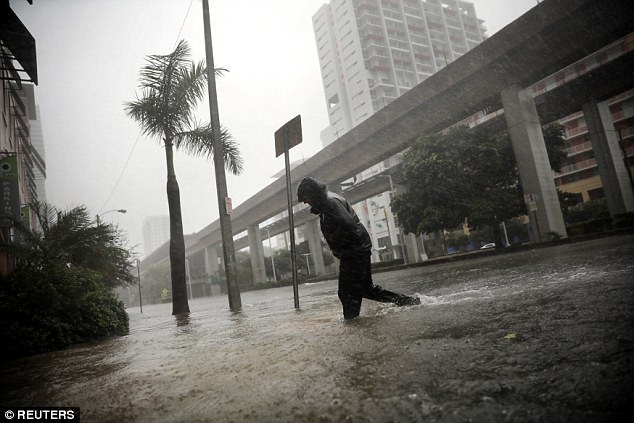