Terrorist killed after breaching gates of Travis Air Force Base

A motorist’s vehicle burst into flames after it ‘gained unauthorized access’ to the main gate of a Northern California Air Force base. The incident is being considered an act of terror.

Travis Air Force Base officials and the FBI said they are investigating the Wednesday night event in which the motorist died after crashing the vehicle at the military installation.

The vehicle was loaded with propane tanks as it ran through the main gate of the base. CBS News reports that the incident is being considered an act of terror.

The driver, whose identity is known by law enforcement but has not been released, ignited himself, causing the car to drive off the road and into a ditch. 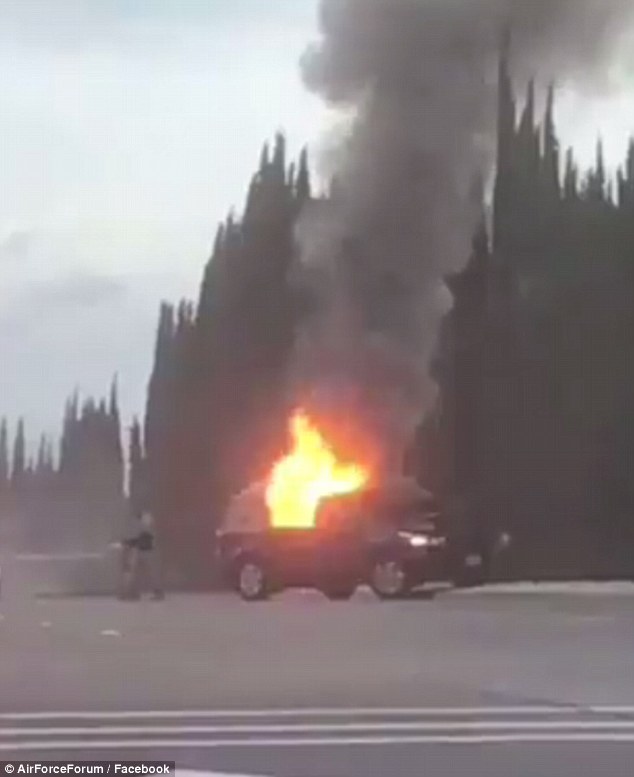 The incident is reportedly being considered an act of terror, and the driver’s identity has yet to be released

Video of the scene shows the car on fire and being extinguished by firefighters.

The base posted a statement regarding the incident.

‘Additionally, the base’s explosive ordnance disposal team, office of special investigations and other responders were on scene.’

‘The investigation is ongoing and there are no current known threats to the base or community,’ the base’s statement read.

‘The main gate has reopened and all other facilities are operating as normal.’

‘The safety and welfare of our airmen, their families and our local community is our top priority,’ said Col. John Klein, 60th Air Mobility Wing commander according to CNN. 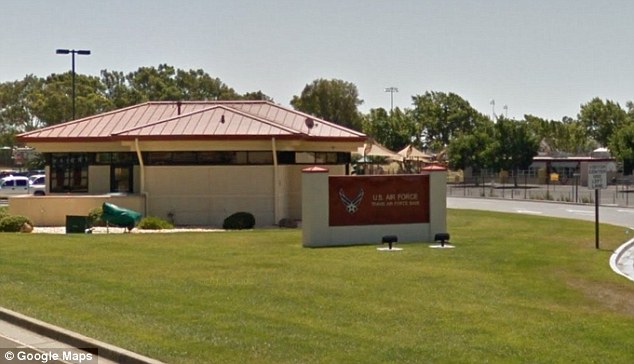 Travis Air Force Base has around 10,000 active military personnel and civilians living and working there

‘I am extremely proud of how our first responders quickly addressed the situation to keep Travis and the surrounding area out of harm’s way.’

There are approximately 7,000 active military members and 3,700 civilians who live and work at the base.

Travis Air Force Base is a hub for military cargo in the Pacific, and is the largest military aerial port in the US.