A man boasting about charging his Tesla at a carbon neutral generator in the outback has hit back at his ‘haters’.

Attempting to complete a 9000km trip across Australia in his Tesla model 3, the man, who goes by ‘SydneyEV’ on TikTok, stopped at an electric vehicle charging station at the Caiguna Roadhouse on the Nullabor on Western Australia’s south coast.

The charging station is powered by a biodiesel generator that converts used cooking oils into electricity.

While it still releases greenhouse gasses it is much more sustainable than diesel generators.

Almost all of the 227 videos posted to his EV-themed TikTok, Sydneyev,  all relate to Teslas and various charging stations he encounters while driving.

‘This is for all you EV haters out there,’ he said at the start of the TikTok, posted Tuesday.

A man boasting about charging his Tesla with a biodiesel generator, pictured, has copped flak online as he documents his attempt to travel over 9000km across Australia in the EV

Sydneyev has become somewhat of a lightning rod for EV sceptics on TikTok, with most of his videos receiving numerous negative comments.

‘Before you start screaming “ugh that’s diesel”. No, this generator is running off chip fat,’ he said in the video.

He than pointed the camera towards the Tritium EV charger, showing a diagram of how the sunflowers are converted into cooking oil and then electricity.

In a video posted the day after, he showed the Tesla predicting to arrive at his next destination with minus-five per cent battery, running out of power beforehand.

Confident he’d make the journey anyway, he claims to have passed on two charging stations before taking the video. 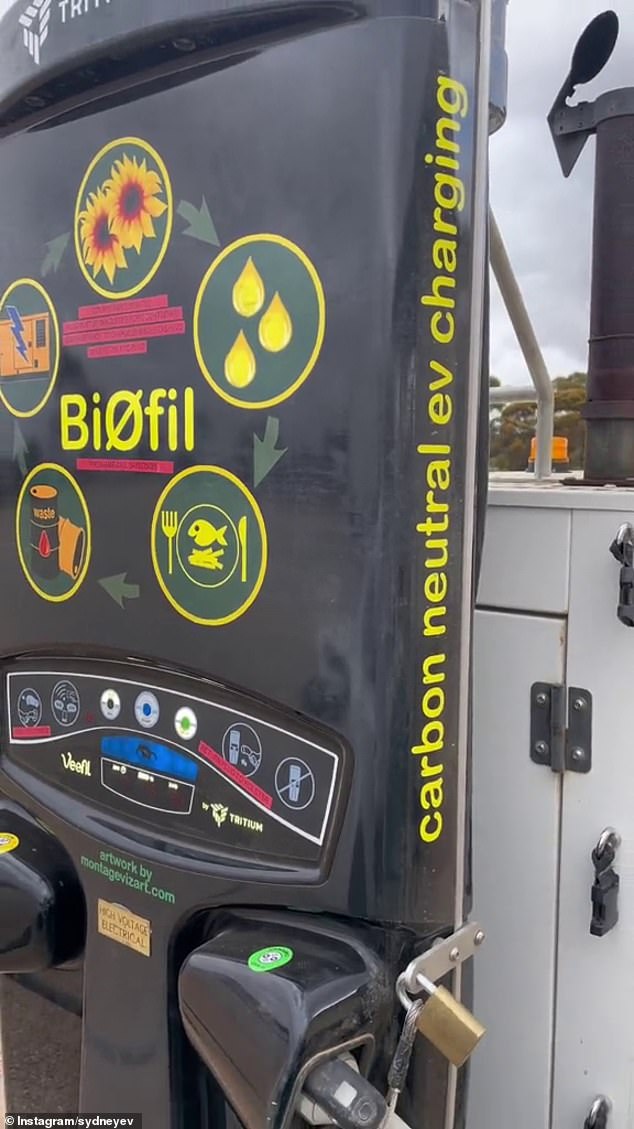 The TikTok has been watched more than 100,000 views and received more than 500 comments, many of which call into question the efficacy of the charger and EVs in general.

‘Never mind all the real diesel burnt to not only deliver all the parts needed for the car generator but also to go around gathering the chip fat,’ one user commented.

‘OK so one car out of how many? One charger of how many? What was the process to build and and mine parts for the car?? But your one charge is green?’ another wrote.

Sydneyev replied to the user, ‘How does your petrol get their (there)? Flying fairy tankers? Or just materialise inside your petrol tank?’

One questioned whether or not he could complete the trip, writing on a previous video ‘400km range. You gonna fill that up 22 times??’ 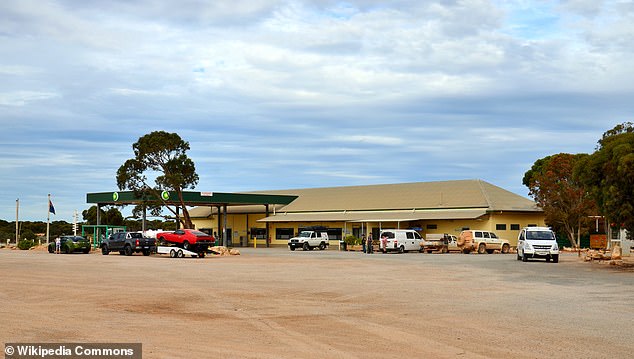 Earlier this month, a couple had their countryside road disrupted after they were left stranded at a rural charging station.

Bernadette and Stephen Janson were attempting to charge a hired Tesla Model 3 in the town of Leitchville on the NSW-Victoria border.

Once arriving with their battery on critically-low charge, they quickly found out the car did not include an adapter for certain charging stations, making it incompatible.

They then barely made it to the next nearest charging station before finding out that it was not working.

They were three days into their six day trip from Sydney to Echuca in rural Victoria, and amid the chaos admitted they would still buy a Tesla, weary of charging limitations.