With a negative opinion of Tesla echoing throughout Wall Street and the continuing dips in its stocks, well-known analyst Dan Ives at Wedbush Securities has shared an investor wish list of 10 actions to help Musk resurrect the company in 2023.

The first must-do is to name a new CEO of Twitter by the end of January, which Ives said is ‘key for Tesla’s stock.’

‘Musk needs to course correct this Twitter train wreck and it starts with a new CEO to lead the charge,’ Ives told DailyMail.com.

‘Musk started this five-alarm fire with Twitter. He is the only one that can extinguish it.’

Most points on the list urge Musk to pull his attention away from Twitter and put it all back into Tesla in the new year.

Analyst Dan Ives at Wedbush Securities has shared an investor wish list of 10 actions to help Musk resurrect the company in 2023. With the first order of business urging Musk to find a new Twitter CEO

Ives is a well-known Tesla bull who is not shy when sharing his thoughts about the company and its CEO.

He sent a separate email to journalists in November, revealing Wedbush had pulled Tesla from its Best Ideas List – and again, it was because of Musk’s ‘Twitter circus’ tarnishing the ‘pristine EV brand.’

However, Ives has not entirely given up on Tesla and Musk, hoping the 10 actions will help the billionaire reconcile with investors.

Another wish among investors is for Musk to stop selling Tesla shares, which he has done to fund Twitter.

Earlier this month, Musk sold off another $3.58 billion in stocks, nearly 22 million shares – and he unloaded it all in three days.

While investors are watching the stocks plummet, Musk recently told employees that they should not be ‘bothered by stock market craziness’ after the company’s shares tanked nearly 70 percent this year.

The drastic fall has been attributed to jitters on softening demand for electric cars and Musk’s distraction with Twitter, which investors claim has damaged Tesla’s finances.

To this, Ives suggested Musk ‘formally adopt a 10b5-1 plan, so investors know there is no major selling block around the corner, as Musk sold roughly $40 billion of TSLA stock in the past year.’

Musk has long-promised deliveries of the Tesla Cybertruck since it was first unveiled in 2019, and the world has yet to see the vehicle hit the market.

‘Announce Cybertruck deliveries will hit the road by the end of 2023,’ shared Ives.

‘Timing is key here with competition from all angles and worries production woes will push this into 2024. 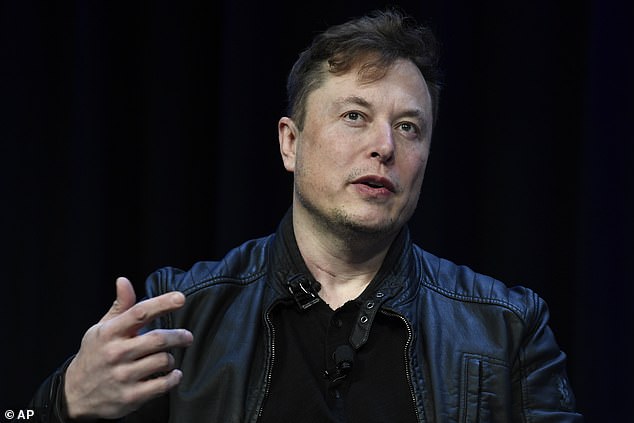 ‘Giga Austin is up and running and is now key to hitting this next growth endeavor for Tesla.’

The other points include adding new directors to the board, but those with some more experience around tech and EV leadership, and announce a major stock buyback program.

Musk also needs to provide more financial metrics and transparency around the margin structure at Tesla, according to Ives.

‘We believe this is a hidden gem at the company with more production/sales in China and Giga Berlin and Austin ramping,’ he shared.

And the last two points focus on Musk’s behavior on Twitter, which echoes Ives’s email in November. 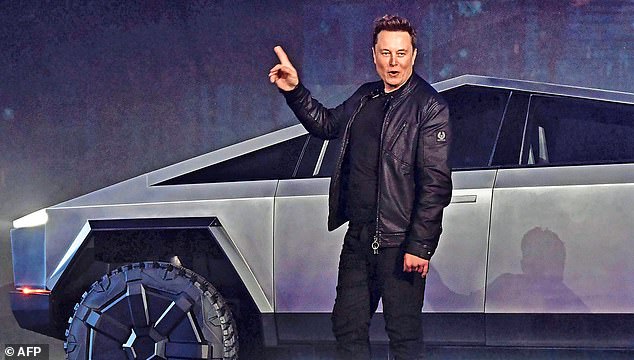 Among Musk’s Twitter fiasco, Tesla’s missed deadlines have also impacted the company’s reputation. Musk has long-promised deliveries of the Tesla Cybertruck since it was first unveiled in 2019, and the world has yet to see the vehicle hit the market

‘The more political on Twitter Musk becomes is a bad thing for selling EV cars to the masses. It’s that simple, and this remains a key investor concern,’ shared Ives.

‘Right now, very simply, the fear is Twitter is bleeding money with advertisers fleeing (for now), which means more losses and, therefore, more Musk TSLA stock sales. Once a new CEO is in place, lay out the 3- year strategy of Twitter and what this can become, Super App, ‘X,’ WeChat 2.0, etc.’

The market is set to close today, which will see Tesla hitting its worst record ever, but Ives has not given up all hope in the company and Musk.

‘He is a modern-day Albert Einstein or Thomas Edison going through what appears to be a Howard Hughes moment,’ Ives told DailyMaiil.com.

‘He will navigate Tesla through the storm we believe.’

Elon Musk flogs $3.58B worth of Tesla stock within three days as share price plummets to lowest level in two years

Also, Elon Musk admits to mistakes in his first two months as boss of Twitter in incredibly candid interview