An alleged homophobic sledge towards an opponent is believed to have cost a ‘gutted’ James Pattinson a possible recall to the Test arena this week.

The fast bowler will miss the first Test against Pakistan, which gets underway at the Gabba in Brisbane on Thursday, after copping a one match ban.

He was found guilty of level two breach of Cricket Australia’s Code of Conduct during Victoria’s Sheffield Shield loss against Queensland last week.

It’s understood the ‘personal abuse’ ban is in relation to an alleged homophobic slur towards former teammate and Queensland fast bowler Cameron Gannon.

Pattinson apologised immediately and unreservedly to the opponent after the slur was picked up and reported by the match umpires.

‘I made a mistake in the heat of the moment,’ Pattinson said in a statement released by Cricket Australia.

‘Straight away I realised I was in the wrong and I apologised immediately, both to the opponent and to the umpires.

‘I’m gutted to miss a Test match, but the standards are there for a reason and the fault is mine.’ 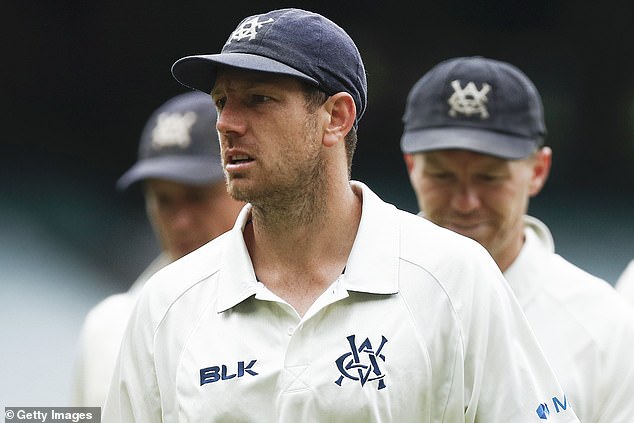 ‘He knows that he’s let himself down and let the group down,’ Paine told ABC Grandstand.

‘We hold ourselves to really high standards now with our behaviour … so we’re disappointed in that.

‘James has owned up and he knows he’s made a mistake. He’s apologised for it and will come back bigger and better.’ 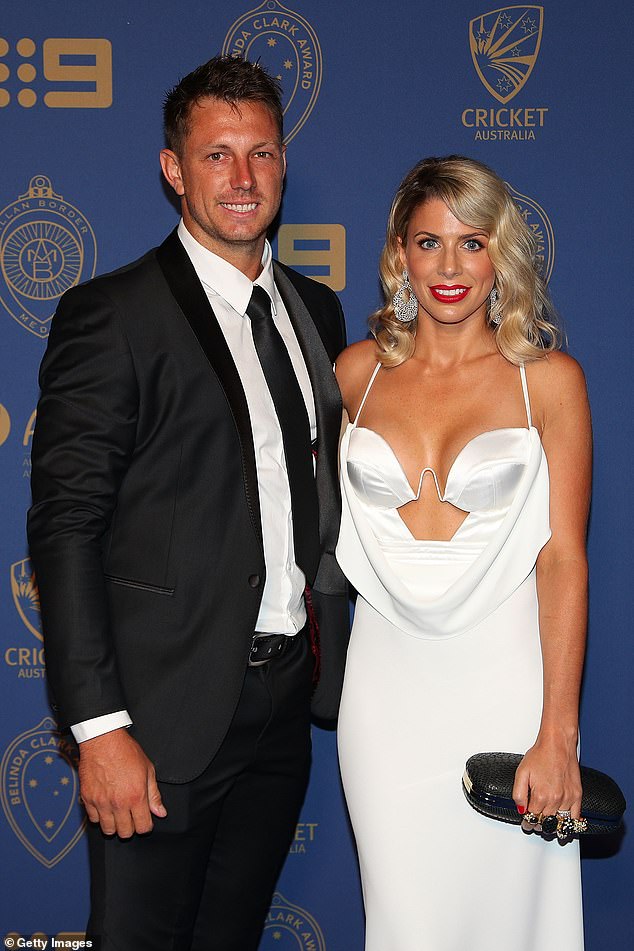 It’s not the first time Pattinson has been in hot water for his on-field conduct after his third breach of the code in the last 18 months.

His poor disciplinary record means Pattinson will be suspended for an extended period if he’s found guilty of another breach in the next 10 months, regardless of how minor the offence is.

‘We have a duty to uphold the highest standards of behaviour and the action taken in this matter demonstrates that. On this occasion, James acknowledges he fell short of that expectation,’ Cricket Australia’s head of integrity and security Sean Carroll said.

Pattinson, who has played 19 tests for Australia since 2011, made his Test comeback in the Ashes series earlier this year after a three-and-a-half absence. 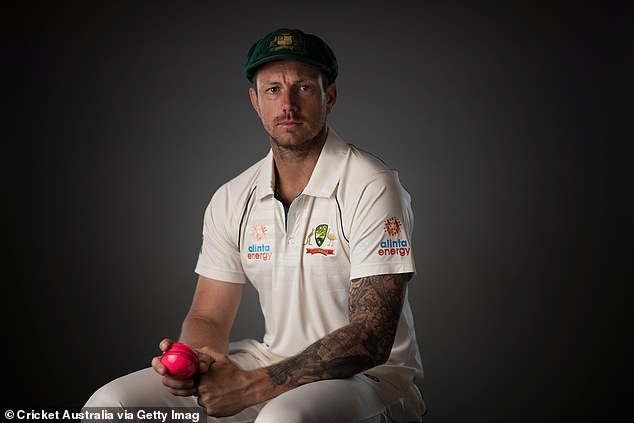 Before the suspension, former Test captain Ricky Ponting had backed Pattinson to be selected ahead of fellow paceman Mitchell Starc for the first Test.

‘Pattinson’s got a good record in Brisbane as well (29 first-class wickets at 20 at the Gabba compared to 38 at 31 for Starc),’ Ponting told cricket.com.au.

‘That’s the other thing that might go in his favour; in a place where the ball does swing a bit, he generally pitches it up and takes it away from the right-handers.

‘It’s a tough one but thinking about where they’ve come from and their reluctance to play Starc, I think they might lean Pattinson’s way again.’