Tesla’s Model 3 is arguably the most hotly anticipated electric car yet.

Not just because some customers have had to wait (and in many cases are still waiting) more than two years after originally placing their deposits, but also due to the promises that it most usable than any modestly-priced battery-powered rival on sale.

However, new real-world measurements have revealed that the £36,500-plus car doesn’t match the driving distances being claimed.

In fact, the most expensive variant it sells in the UK was found to fall 90 miles short of its ‘official’ range.

Range anxiety: Real world range measurements have found that the most expensive Tesla Model 3 (£49,140) falls 90 miles short of the claimed distance for a fully-charged battery

Consumer car title What Car? has ran two versions of the most affordable model in the American firm’s fleet through its own controlled Real Range test.

These measurements are used to determine what the actual ranges of electric cars are in normal driving scenarios, rather than customers having to rely on the claimed figures from laboratory tests that tend not to be achievable in the real world.

The first of the two models tested was the Standard Range Plus.

Official ranges are the figures achieved during Worldwide Harmonised Light Vehicle Test Procedure (WLTP) cycles, which is the measure used for all official miles per gallon stats in conventional vehicles and ranges of electric-powered cars.

However, the What Car? test found that the real-world range of a much lower 196 miles.

That’s 58 miles shy of the claimed distance between charges – almost a quarter (23 per cent) less than the Tesla sales brochure will lead you to believe.

And the difference between claimed and real-world driving distance is even greater in the most expensive variant.

The Model 3 Performance, which is the priciest sold to UK customers costing £49,140, is the quickest of Tesla’s small saloon.

How What Car? tests electric-car ranges

At the start of the test the car’s battery is fully depleted and then recharged via a smart charging cable with a built-in meter.

Driving measurements are taken at a test track so traffic conditions don’t affect the result, with the car following a route that simulates a mix of town, A-road and motorway driving.

Testing is conducted with the lights on, climate control set to 22 degrees and when the ambient temperature is between 10 and 15 degrees.

Finally, the car is recharged using the smart cable so that the amount of energy expended can be measured and the Real Range extrapolated.

A Tesla Spokesman said: ‘These results are wrong and not reflective of the WLTP results determined by European regulators due to the fact that WhatCar? conducted an abridged test without fully depleting the vehicle’s battery.

‘Using only a fraction of a car’s total range and attempting to extrapolate that result as a proxy for its full useable range is simply incorrect.

‘We also believe the vehicles included in the tests were not tested under the same exact conditions, which means the test results cannot be directly compared.

‘True comparative results can only be achieved under lab conditions, which is why standard test procedures like WLTP are used to measure and compare vehicle range.’

This is Money editor Simon Lambert recently spent a week with this version of the Model 3, describing it as ‘a seriously good car and testimony to what can be achieved with an electric vehicle’.

The range is longer than any other example in the line-up, too, according to WLTP figures.

It’s advertised to be able to go for 329 miles on a full charge – which is the equivalent of travelling from London to Carlisle without having to stop to replenish the batteries.

However, What Car?’s measurement found the real range was just 239 miles.

That’s 90 miles short of the claimed figure and 27 per cent less than what official stats suggests.

If you are planning a trip from London to Carlisle in one, it means you will have to stop shortly after passing Wigan to plug the vehicle in, or else be stranded somewhere on the side of the M6. 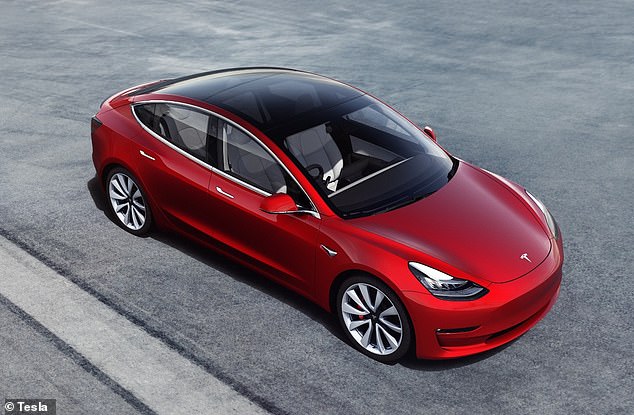 The Model 3 is an important car for Tesla, as it is the American firm’s first attempt at an ‘affordable’ family model 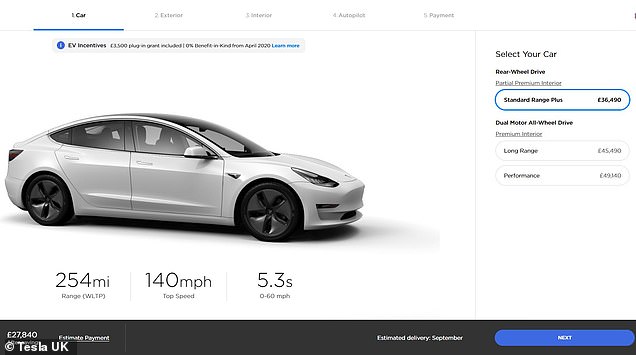 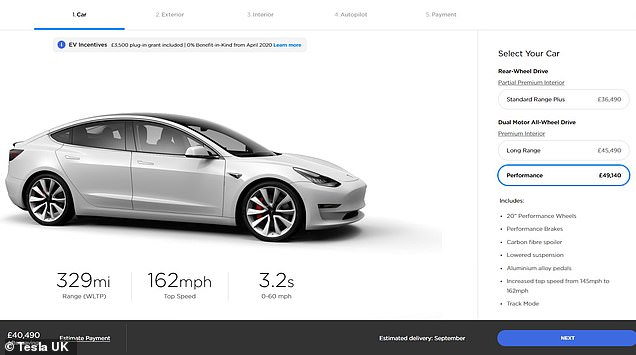 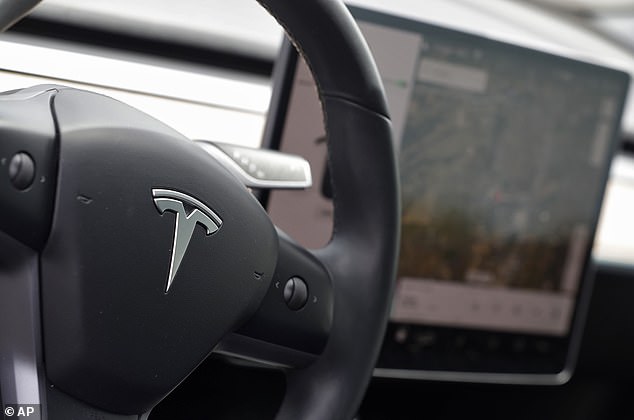 While these figures are fairly disappointing – especially for the handful of Britons who have already taken delivery of their Model 3 – it isn’t an anomaly when you compare it to the rest of the electric-car market.

As the table below shows, when What Car? has tested battery-electric vehicles from other manufacturers in the past, the range tends to fall well short of claims.

For instance, the VW e-Golf in the real world is 69 miles short of the official figure.

However, with a claimed range of just 186 miles, it means it is 37 per cent away from the advertised distance quoted for a full battery charge.