Residents who did not evacuate a Texas coastal town ahead of Hurricane Harvey have been asked to write their name and social security number on their arm to help identify their bodies.

Rockport, Texas, Mayor Pro Tem Patrick Rios said Friday morning at a news conference that residents who are still in town should prepare for the worst.

‘We’re suggesting if people are going to stay here, mark their arm with a Sharpie pen with their name and Social Security number,’ Rios said, as a way for people to identify themselves in case something happens to them during the major hurricane.

‘We hate to talk about things like that. It’s not something we like to do but it’s the reality, people don’t listen.’

Residents who did not evacuate Rockport, Texas, ahead of Hurricane Harvey have been asked by their mayor pro tem to write their name and social security number on their arm. Pictured is a resident in Corpus Christi, a nearby coastal city 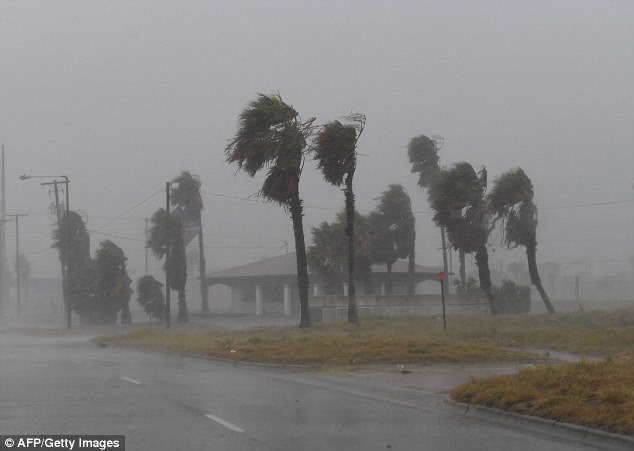 Several counties were put under under mandatory evacuation orders, and residents not under orders to leave were urged to move inland

Several counties were put under under mandatory evacuation orders, and residents not under orders to leave were urged to move inland. 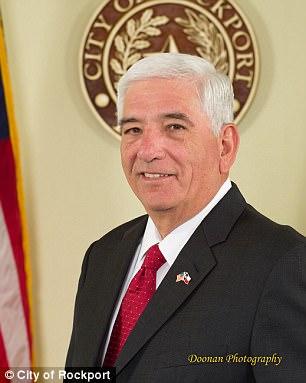 Rockport Mayor Pro Tem Patrick Rios (pictured) said: ‘We hate to talk about things like that. It’s not something we like to do but it’s the reality, people don’t listen’

‘We can’t emphasize enough that this is a life-threatening storm,’ Rios told KIII TV. ‘All the advice we can give it get out now.’

Rios said that about 60per cent of the city had left town and he told the outlet that he anticipates as many as 10 casualties from Hurricane Harvey.

‘We’ve had estimates of how many people we may lost during this storm. We’re prepared for it, but not looking forward to it. People need to take this seriously.’

Tens of thousands of people fled from the path of Hurricane Harvey, many making their last-minute escapes as rain began pelting the region.

In Corpus Christi, residents who stayed behind are being told to boil their water for at least two minutes before using it to wash their hands or face, brush their teeth, drink, cook or make ice because of harmful bacteria in the water during the storm. 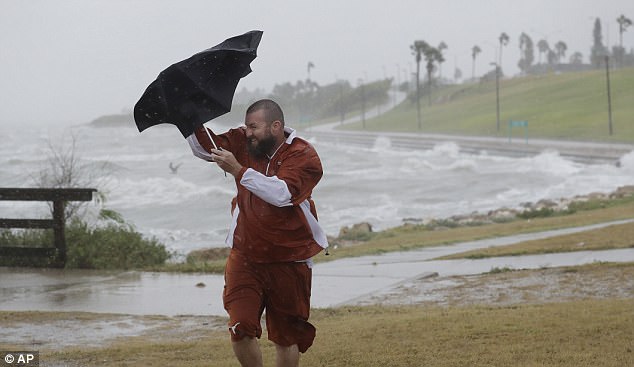 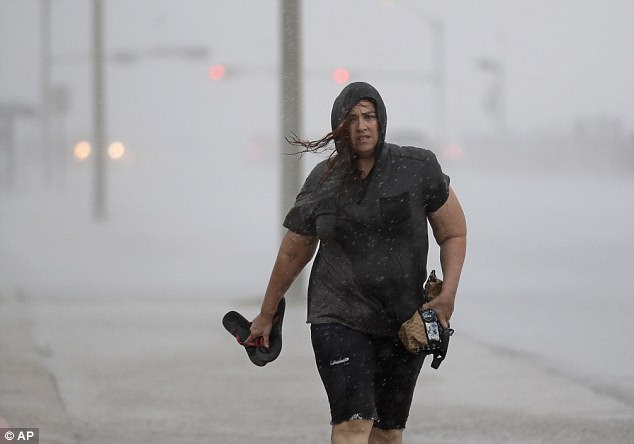 Hillary Lebeb walks along the seawall in Galveston, Texas as Hurricane Harvey intensifies in the Gulf of Mexico on Friday

The hurricane hit shortly after 10pm local time, as waves washed up on roads and building roofs were sent flying into the air.

Texas Governor Greg Abbott warned that Hurricane Harvey would be ‘a major disaster’ before the storm barreled into the state, with violent winds, massive rainfall, all on top of storm surges up to 13 feet.

Harvey is the strongest storm since the devastating Katrina 12 years ago, triggering ‘catastrophic’ floods in an area that processes some seven million barrels of oil a day – in what could prove a major new test for President Donald Trump’s administration.

The National Weather Service warned that this was the ‘start of many difficult days to come’. 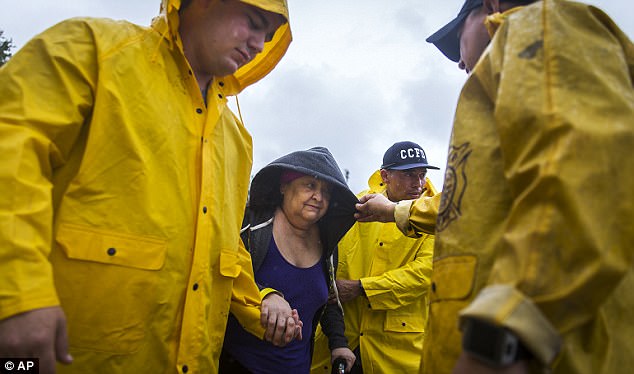