A Texas couple will receive $3.4million from the state for being wrongfully convicted and imprisoned for more than two decades on prosecutors’ claims that they sexually abused children as part of satanic rituals at the daycare they operated.

Dan Keller, 75, and his 67-year-old wife Fran learned on Tuesday that they’ll receive the seven-figure compensation from a state fund for the wrongly convicted.

A judge in June approved a request from Travis County District Attorney Margaret Moore for a declaration of innocence for the Kellers. 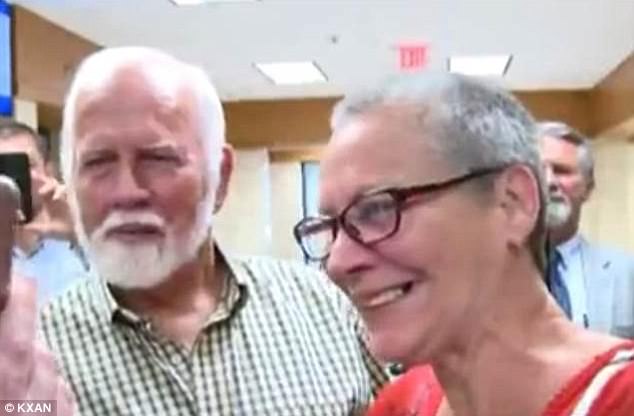 Compensated: Dan Keller, 75, and his 67-year-old wife Fran learned on Tuesday (pictured) that they’ll receive $3.4million from the state for being wrongfully convicted of satanist child abuse 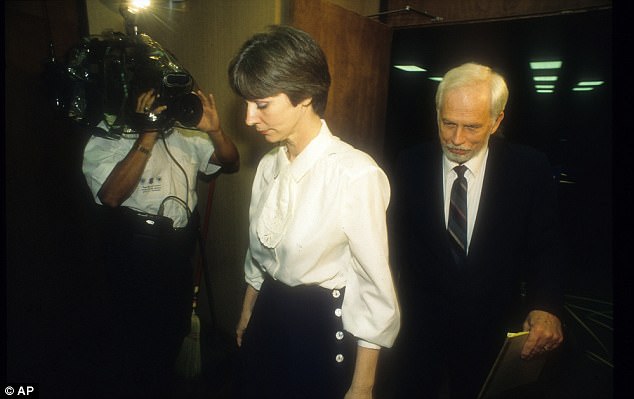 Fran Keller (pictured in foreground in 1992) and husband Dan (seen behind her), were convicted of sexually abusing a toddler at their daycare and sentenced to 48 years in prison

The married couple, who purportedly have been struggling to make ends meet ever since they were released from prison in 2013, are planning to use the multimillion-dollar payout to buy a house, a car, and health insurance policies.

‘This means we don’t have to worry about pinching pennies on Social Security and late bills,’ an overjoyed Mrs. Keller told The Austin-American Statesman on Tuesday. ‘It means we will actually be free. We can start living, and no more nightmares.’

Their long-time defense lawyer Keith Hampton, who has been working on their case for years on a pro bono basis, said in an email to KXAN that he is very happy for the Kellers, who will no longer have to fear homelessness and can now look forward to living out their days ‘in peace and quiet.’

Dan and Fran Keller were found guilty in 1992 of sexually assaulting a 3-year-old girl after children in their daycare told investigators of dismembered babies, tortured pets, and other tall tales.

Dan and Fran were ultimately freed in 2013 after the Texas County of Criminal Appeals found a doctor was mistaken in determining there was physical evidence of the assault. 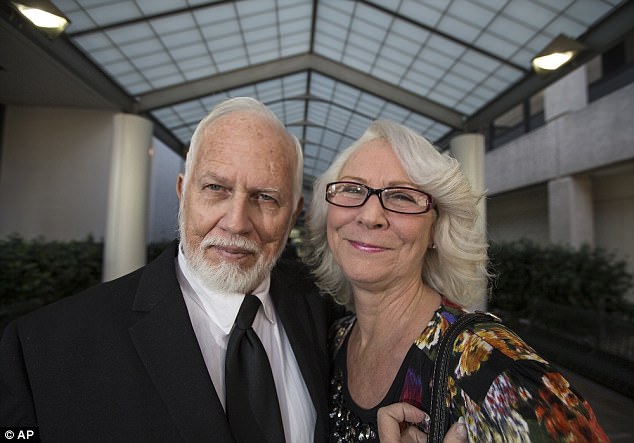 Vindicated: The Kellers were ultimately freed in 2013 after the Texas County of Criminal Appeals found a doctor was mistaken in determining there was physical evidence of assault

The appeals court ruled the doctor’s testimony during the Kellers’ trial was false. The physician himself also had recanted.

Judge Brown’s determination of outright innocence has made Dan and Fran Keller each eligible for $80,000 in compensation for every year they were wrongfully imprisoned, which amounts to about $1.7million apiece, for a total of $3.4million.

‘It seems like we can breathe again,’ Fran told Austin American Statesman in June. ‘We can go out without having to worry about people recognizing us in the grocery store.’

Travis County District Attorney Margaret Moore told The Associated Press her office had to review the evidence that remained in the case after removing the false testimony. 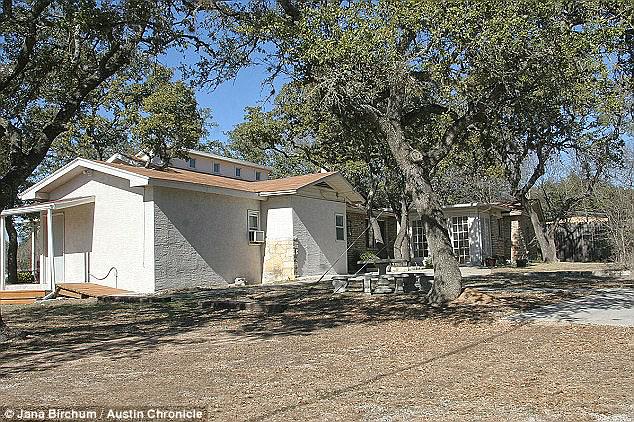 ‘We were left with the determination that there was not sufficient credible evidence upon which a reasonable juror could be expected to convict,’ she said.

Further bolstering the Kellers’ case was an interview the victim provided in 2013 in which she acknowledged having no memory of being abused, Moore said.

The couple was sentenced to 48 years in prison after three young children made wild claims of abuse that occurred as part of satanic rituals at the daycare the Kellers operated out of their three-bedroom South Austin home.

No proof of such rituals was found, but the Kellers’ attorney, Keith Hampton, said notorious claims of abuse at other daycare centers nationally were part of a hysteria known as the ‘satanic panic’ that began in the 1980s about secretive cults targeting children.

‘Daycare panic or the satanic panic began to occur and it reached a fever pitch around the time the Kellers were prosecuted,’ Hampton said. ‘And like most hysterias, it thereafter died away.’

The couple had been convicted in 1992 after therapists testified that they helped the three alleged victim recover memories of satanic rituals and sexual abuse suffered at the hands of the Kellers.

However, an appeals court found that the only physical evidence came from Dr. Michael Mouw, a young emergency room physician who examined the 3-year-old accuser in 1991 and testified that internal lacerations on the child’s hymen were evidence of abuse.

In court documents filed in 2013, Mouw acknowledged that what he had thought at the time were cuts were actually normal physiology.

That prompted prosecutors in Travis County to agree to release the Kellers on bond and to ask the courts to throw out their convictions.

As they awaited their exoneration, the elderly couple struggled to piece their lives back together because of the stigma associated with their high-profile case.

Hampton, who has been working on the case for free, said Dan Keller, aged 75 and in poor health, and Fran Keller, 67, don’t fault those who made allegations decades ago as young children.

They instead appreciate the state compensation that will free them from financial struggle.