A Texas District Attorney has suggested the former narcotics officer involved in the 2004 arrest of George Floyd likely lied over the incident.

Floyd, whose death last month under the knee of Minneapolis police officer Derek Chauvin sparked national protests, pleaded guilty in 2004 and served time in a state jail over what prosecutors describe as selling $10 worth of crack in a police sting.

But ‘Gerald Goines’ arrest of George Floyd reveals an offense report that is incomplete and suspect,’ Ogg said in a statement. ‘I have instructed prosecutors to verify the facts in this offense report.’

Ogg told The Wall Street Journal: ‘Goines was likely lying in this case.’ 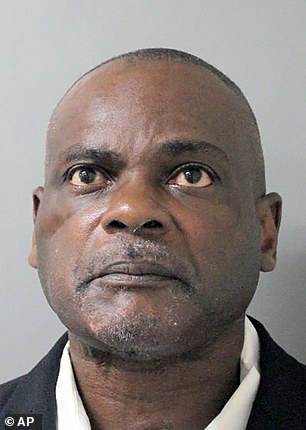 George Floyd, left, pleaded guilty in 2004 and served time in a state jail over what prosecutors now describe as selling $10 worth of crack in a police sting.  But Harris County DA Kim Ogg say that Floyd’s case may be among scores built on false evidence from Gerald Goines, right 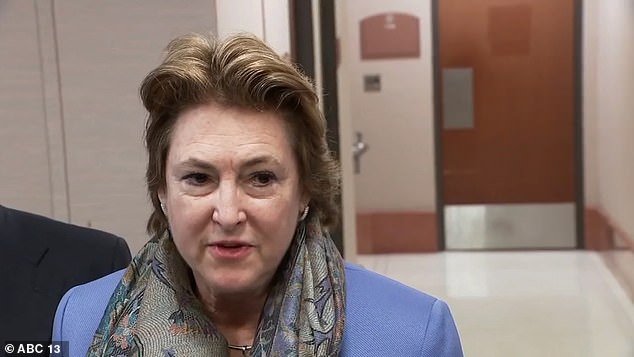 Ogg said her office had tried to reach Floyd regarding the review of Goines in March 2019 but believe he did not receive the letter, having moved homes.

It read: ‘Based on a review of criminal cases filed in Harris County, Texas, it appears that former Houston Police Department Officer Gerald Goines may have been involved in the above-referenced case which resulted in your conviction.

‘Please be informed that Officer Goines has been relieved of duty and is currently under criminal investigation.’

Goines is facing murder charges after he allegedly lied to obtain the warrant in a botched 2019 drug raid that left two people dead. He has pleaded not guilty.

Texas prosecutors are now examining potential irregularities in a probe that could expand the body of convictions possibly tainted by the officer’s conduct.

Prosecutors have already dismissed dozens of convictions dating back to at least 2008 that they say were marred by Goines.

If the review of Floyd’s arrest reveals misconduct, they’ll presume all of Goines’ cases going back to 2004 are tainted, Ogg said. 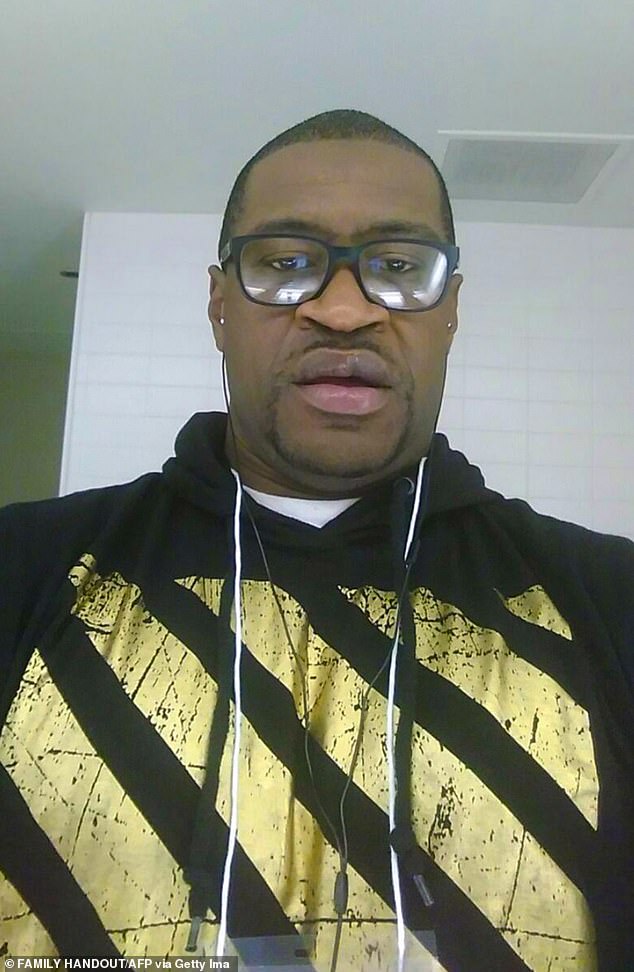 George Floyd is pictured. If the review of Floyd’s arrest reveals misconduct, they’ll presume all of Goines’ cases going back to 2004 are tainted, Ogg said 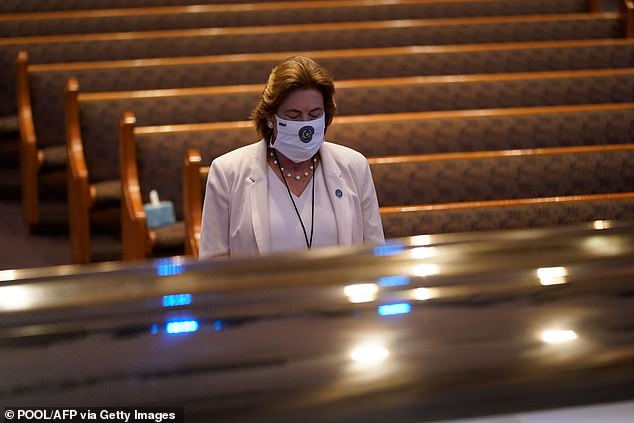 Harris County District Attorney Kim Ogg, pauses by the casket of George Floyd during a funeral for Floyd on June 9 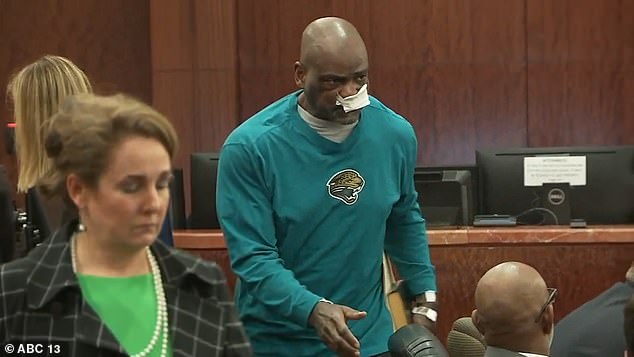 Goines’ attorney, Nicole DeBorde, accused Ogg of using Floyd’s death for political gain and announcing the review of the case to distract from her record. The district attorney is up for re-election in November.

‘Regarding Ogg’s resurrecting of a decade and a half old case without a shred of new information – this is a transparent and opportunistic effort to capitalize on Floyd’s murder,’ DeBorde said. 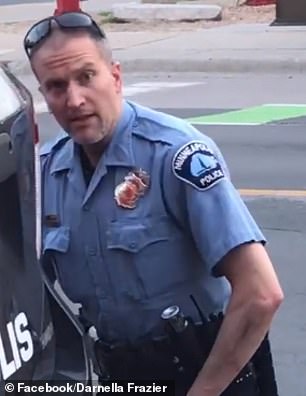 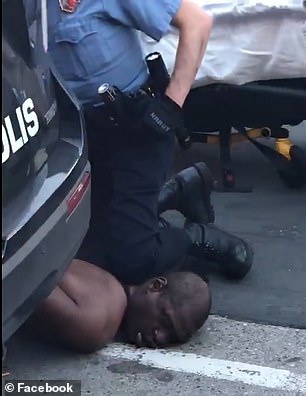 Derek Chauvin, 44, the officer filmed kneeling on Floyd’s neck during his arrest was a 19-year veteran of the force. He faces murder charges in Floyd’s death

Goines arrested Floyd after giving money to a third person, which the person then allegedly used to buy less than half a gram of crack from Floyd, Schiller said.

He said the money used in the buy was never recovered, the third person is not identified in case records and the presented evidence likely would not meet prosecutors current standards.

The re-examination of Floyd’s cases was first reported by The Wall Street Journal.