A former Texas nurse convicted to 99 years in jail for killing a baby in 1982 has confessed to murdering dozens of children with overdoses, according to a prosecutor.

Genene Jones, 67, was charged with five additional murders just months before she was due for early release in March.

‘I really did kill those babies,’ Jones allegedly told a parole board in 1998, Bexar County prosecutor Jason Gos said during a hearing in San Antonio on Wednesday.

During the 1998 meeting with now-retired parole officer Marcy Ferguson, the nurse known as the ‘Angel of Death’ also allegedly said she ‘injected them’, as reported by Texas Monthly.

Moreover, Gos told the court that Jones once told a fellow inmate: ‘I didn’t kill those babies. The voices in my head did.’ The inmate would go on to write to a parole board advising against Jones’ release.

The prosecutor uncovered the alleged admissions during a pre-trial hearing for Jones. The new charges are the result of an investigative task force formed in January 2015 after public outrage over Jones’ early release due to overcrowding.

Gos added that during Jones’ meeting with Ferguson, the nurse said ‘You won’t find them in there’ when the official tried to look up the murders she was referencing in her case files. 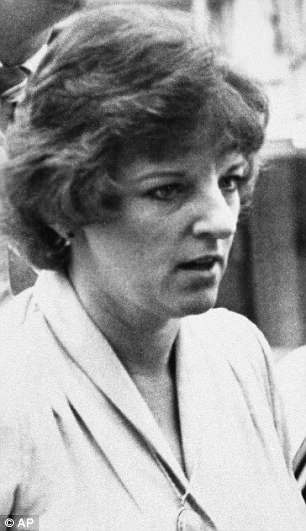 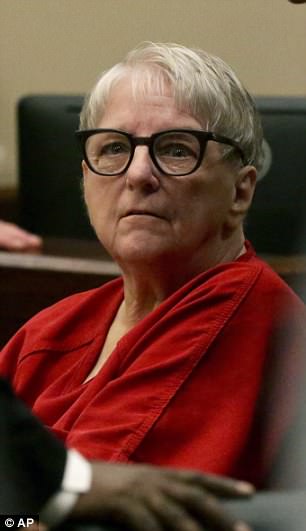 Jones, pictured in 1984, left, and at court on Wednesday, right, allegedly admitted to killing dozens of babies when she worked as a nurse

Ferguson took that to mean Jones was talking about deaths she has not been convicted for.

Jones has pleaded not guilty to the new charges which her court-appointed lawyer has asked to have thrown out, arguing that the former nurse’s rights to due process and a speedy trial are being violated by the delayed charges.

The presiding judge rejected attorney Cornelius Cox’s speedy-trial defense and is yet to rule on the due-process argument.

Jones is serving concurrent 99-year and 60-year sentences in state prison for the 1982 killing of 15-month-old Chelsea McClellan and the sickening of a 4-week-old Rolando Santo, who survived. A prosecutor told the court that Jones once told a fellow inmate: ‘I didn’t kill those babies. The voices in my head did’ 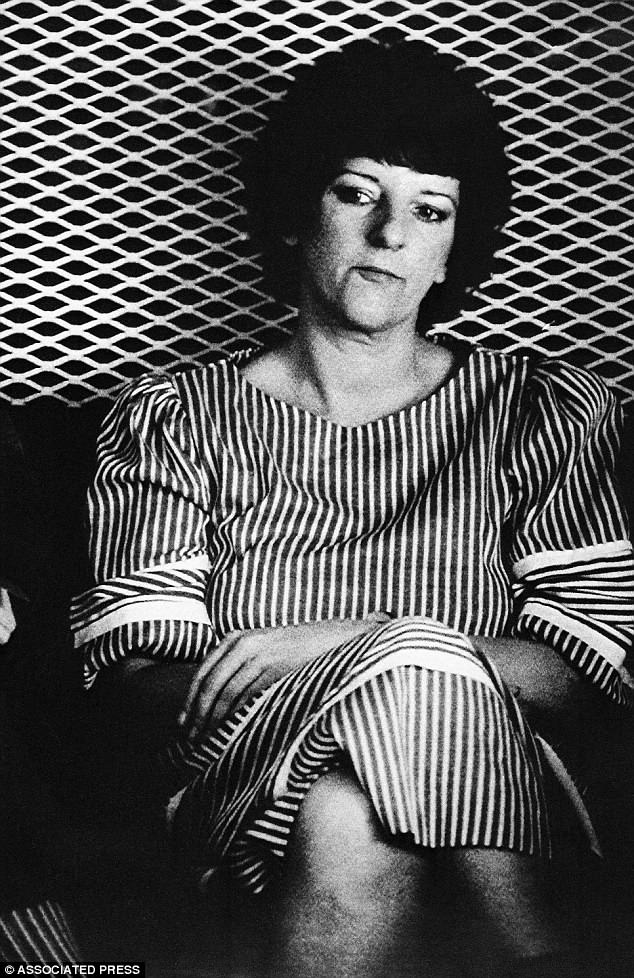 prosecutors at Jones’ 1984 murder trial said the nurse lethally injected children at a clinic in Kerrville, northwest of San Antonio, to demonstrate the need for a pediatric intensive care unit at a nearby hospital

During Jones’ time working at a San Antonio hospital and elsewhere in Texas, children died of unexplained seizures and other complications, causing fellow nurses to call her hours on duty ‘the Death Shift’.

The new charges involve the deaths of four boys and one girl who ranged in age from three months to three years. They died between July 1981 and January 1982.

The first charge Jones will be tried for is for the death of 11-month-old Joshua Sawyer.

The boy died of a fatal overdose of an anti-seizure drug, Dilantin, and prosecutors at Jones’ 1984 murder trial said the nurse lethally injected children at a clinic in Kerrville, northwest of San Antonio, to demonstrate the need for a pediatric intensive care unit at a nearby hospital. rosecutors believe Jones, pictured being led into Williamson County Court in Georgetown, Texas by Deputy Clay Barton, left, and Deputy Loretta Lynch, right, may have been responsible for killing up to 60 children while working in San Antonio and other towns in Texas