A Texas man who declined to get vaccinated against COVID-19 is now encouraging others to get the shot after he caught the virus and became so ill that he required a double lung transplant.

Joshua Garza, 43, became eligible for the vaccine in January, but chose not to receive it, believing that he didn’t need it.

Later than month, he tested positive for a coronavirus infection.

On February 2, Garza collapsed while walking in his own home, and was taken to Houston Methodist hospital, reported ABC News,

He was placed on an extracorporeal membrane oxygenation (ECMO) machine that allowed him to breathe as the virus attacked his lungs.

Garza’s health rapidly deteriorated and his lungs became so destroyed that he needed two new organs for any chance of survival.

Joshua Garza, 43, chose not to get vaccinated when he was eligible at the start of January. He would later regret that decision after requiring a double lung transplant because of the virus

‘It ate away at them so quickly. It was quick, it was within three weeks, the lungs were already shot.’

On April 13, he received a double lung transplant from the hospital.

He then spent two months on life support before being released on May 27.

‘They’re telling you your lungs are failing, so you don’t know if you’re going to go to bed tonight and wake up tomorrow,’ he said.

Garza said that if he had been vaccinated, he doesn’t believe that he would have suffered the complications that he did.

‘If I knew what I know now I would have definitely went through with the vaccination,’ Garza told ABC News.

A recent study of health care workers in Boston found that just receiving a single dose of an mRNA COVID-19 vaccine can reduce the likelihood of contracting the virus by up to 95 percent, and the cases that do occur are more likely to be asymptomatic.

Other studies have found that people who receive both doses of the vaccine have a less than one percent chance of contracting the virus, and cases that do occur are mild and easy to recover from. 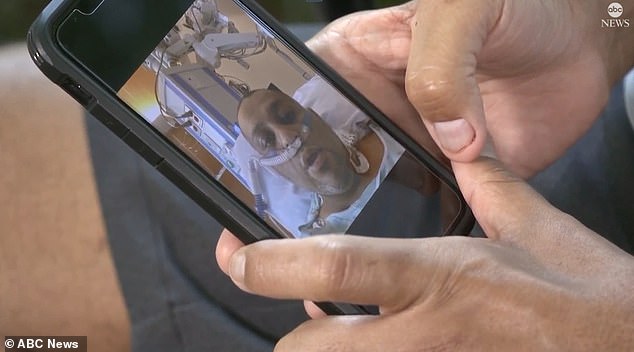 The Houston man required an ECMO machine to breathe and was hospitalized for months after he contracted the virus. He received a successful double lung transplant in April

Dr Howard Huang, the medical director of lung transplantation at Houston Methodist, treated Garza, and believes he would not have needed the severe treatment had he just gotten vaccinated.

‘Even if he had ended up in a hospital, maybe it wouldn’t have progressed all the way to complete lung failure that couldn’t be salvaged without a lung transplant.’

Huang said that it was miraculous that Garza was able to receive the treatment he received during the winter surge of COVID cases in Houston.

Garza is one of eight double lung transplants performed at Houston Methodist hospital, and Huang reports to ABC News that there are still several other people awaiting a transplant due to the virus.

As of last November, only 11 people had received lung transplants due to complications with COVID-19.

One physician treating a patient who needed a lung transplant due to COVID described the condition of their lungs as looking like a bomb went off inside of them.

Another said that the level of damage to the lungs was something they had never seen before, as the lungs were almost totally dismantled into nothing more than some tissue and pus. 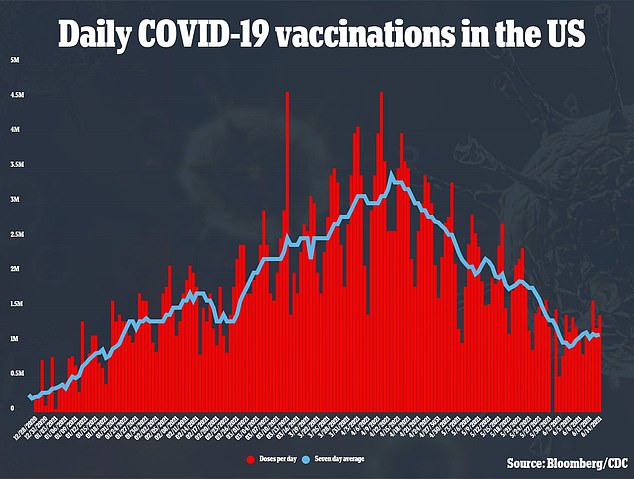 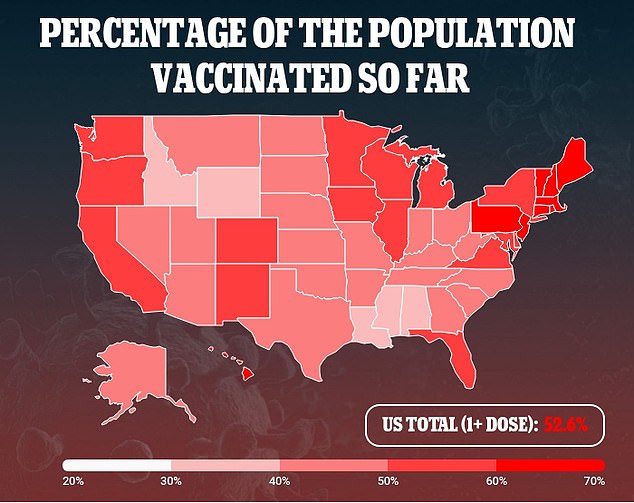 As of Thursday, more than 64 percent of U.S. adults, and over half of the country’s total population, have received at least one dose of a COVID-19 vaccine.

Around 44 percent of the country in fully vaccinated.

As the vaccines have become more commonplace, cases across the country have began to drop, and the country has been able to reopen.

The U,S, has not recorded more than 1,000 deaths in a single day since the end of March, though deaths still sit at more than 300 a day from the virus.