Texas Rep. asks whether or not the earth and moon’s orbit could be altered to fix climate change

Texas Rep. Louie Gohmert’s asked during a hearing of a House committee whether the federal government could change the orbits of the moon or earth to deal with climate change – raising some eyebrows among experts.

Gohmert, a Republican from Texas, was on a video call with associate deputy chief of the National Forest Service Jennifer Eberlien when he asked whether or not federal agencies such as the Forest Service or Bureau of Land Management could alter the earth and moon’s orbit to deal with climate change crisis.

‘I understand, from what’s been testified to the Forest Service and the BLM [Bureau of Land Management], you want very much to work on the issue of climate change,’ Gohmert told Eberlien in a viral video clip of the hearing tweeted by Forbes.

‘I was informed by the immediate past director of NASA that they’ve found that the moon’s orbit is changing slightly, and so is the Earth’s orbit around the sun.

‘We know there’s been significant solar flare activities, and so, is there anything that the National Forest Service or BLM can do to change the course of the moon’s orbit or the Earth’s orbit around the sun? Obviously that would have profound effects on our climate.’

National Forest Service deputy chief Jennifer Eberlien was diplomatic in her response to Gohmert’s question. ‘I would have to follow up with you on that one, Mr. Gohmert’ she said 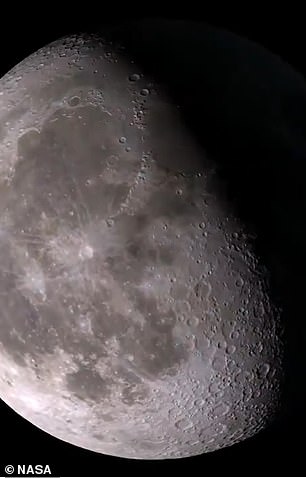 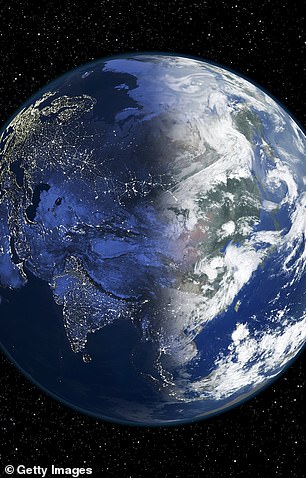 ‘I would have to follow up with you on that one, Mr. Gohmert,’ Eberlien replied.

She didn’t answer in specifics whether there could be any validity to the idea – which many online found outlandish, while others came to the congressman’s defense, saying he was obviously being sarcastic.

As Gohmert’s query spread on social media, some lashed out at the Texas representative as they debated whether his question was serious or sarcastic during his viral exchange with Eberlien.

‘So let’s be clear, you still think the Bureau of Land Management can alter the orbit of the earth or the moon?’ tweeted Tom Coates.

‘I’m pretty certain we are all laughing at the fact that you asked an administrator, of a land use agency, if they could shift the orbit of the moon,’ another commenter tweeted.

‘He’s totally serious about the question!’ a third commenter tweeted. ‘I’m surprised she didn’t burst out laughing. It’s like the demure ‘no’ about curing C19 with lights and injecting disinfectant. Both should have been met with hearty guffaws. Texas, you get the ignorance you vote for with.’ 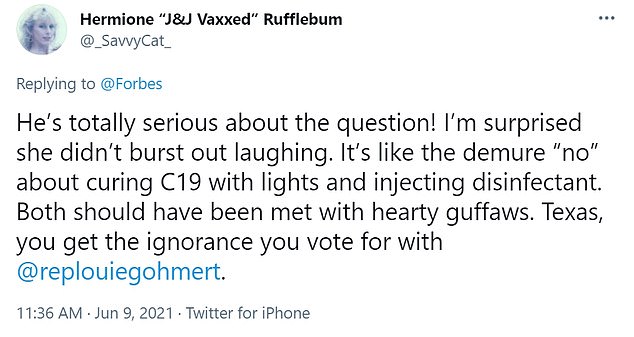 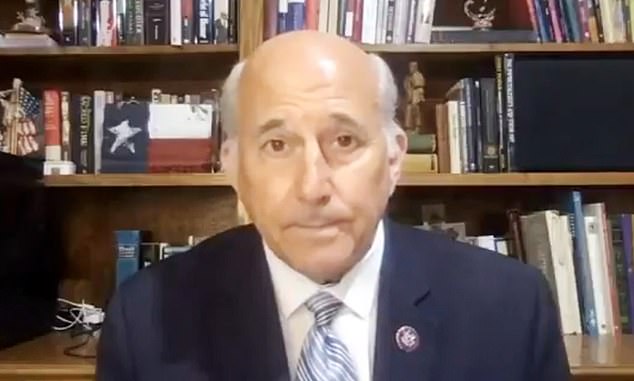 Not all commenters were negative, however, with many coming to the Texas Republican’s defense.

‘It was sarcasm ….. talk about embarrassing’ tweeted one commenter.

‘It’s obvious sarcasm he is employing, not belief that the anyone can alter orbits. Forbes could have focused on the real issue: ‘Gohmert implies false theory that earth’s changing orbit is enough to explain climate change.’ But they wouldn’t get many clicks or retweets with that,’ James Wells tweeted in defense of the Texas Republican.

‘It’s a question of jurisdiction. Agencies of the USA do not have authority to change the Earth’s orbit. Gohmert seems to be calling for a global governmental authority, which I did not expect from him,’ Bill Karwin noted.

Gohmert took particular exception to those who he believed confused the Bureau of Land Management for Black Lives Matter, both of which use ‘BLM’ as an acronym.

‘He wants Black Lives Matter to change the Earth’s orbit?????? Am I missing something?’ one person tweeted.

‘I can’t be the only one who wondered why Loonie Louie would entrust this mission to Black Lives Matter,’ another commenter wrote, much to Gohmert’s ire.

‘Exceedingly devious how you hid the context with an ellipses in your tweet, Gohmert’ replied to a tweet by former Studio 360 host and author Kurt Anderson. ‘The hearing was about the BUREAU OF LAND MANAGEMENT & climate change. BLM stands for the BUREAU OF LAND MANAGEMENT. #FakeNews’ he tweeted amidst the online debate of his climate change query.

Video of the exchange garnered nearly 9k likes, 3,760 retweets and 10.3k quote tweets as of Thursday.