A Texas teenager suffered critical injuries after being involved in a horse accident during a high school rode competition last weekend.

Lexi Liles was taking part in an event organized by the North Texas High School Rodeo Association in Fort Worth on Sunday afternoon when the horse she was on was clipped in the front leg by a running bull.

Liles was thrown from the horse, which then rolled over her, according to a family member. 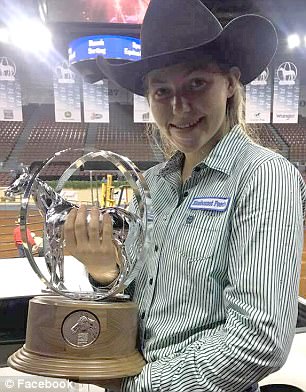 Lexi Liles (pictured left and right) was thrown off her horse after a running bull clipped the animal’s leg during a rodeo on Sunday, leaving the teen with severe head trauma

The animal was able to get back on its feet, but the teenage girl was left lying unconscious in the rodeo arena, as Fort Worth Star-Telegram first reported.

Liles was treated by paramedics at the scene and then rushed to an area hospital suffering from severe head trauma.

At the time of the accident, the teen was not wearing a helmet, which is not required under the rules of the rodeo association.

A supporter of the Liles family shared a update on Lexi’s condition Tuesday, writing on Facebook that a CT scan showed some swelling on her brain and that she was not responding to doctors’ commands. 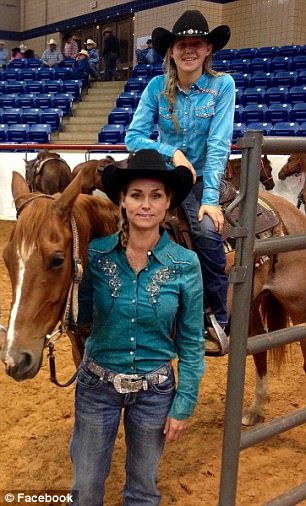 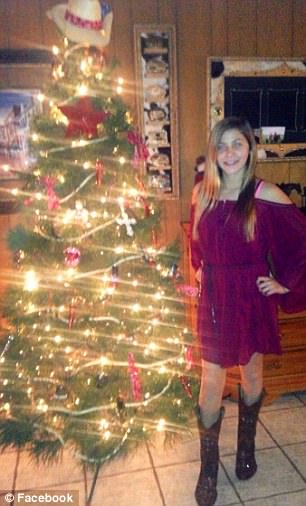 Like mother, like daughter: Lexi is pictured left on horseback with her mother Cindy. A recent CT scan showed some swelling on the teen’s brain 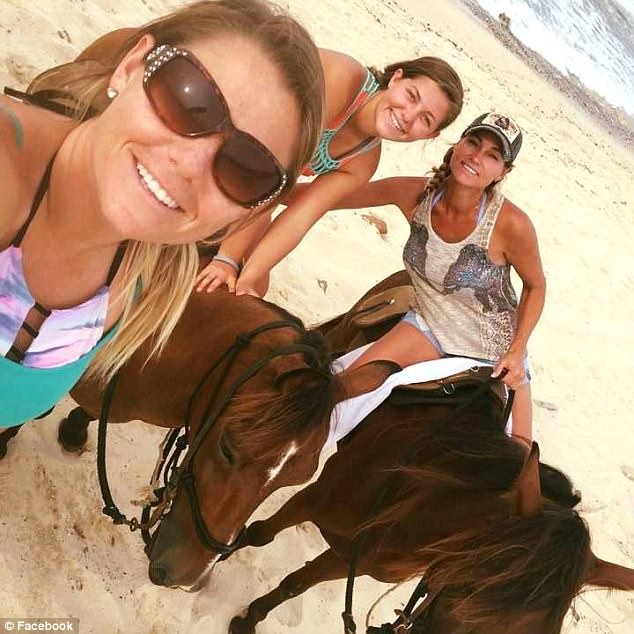 The mother of Lexi’s friend posted on social media earlier this week that the teen also broke her neck and a leg in the fall while steer dressing – a practice that entails a person on horseback trying to pull a ribbon off of a bull.

To make matters worse, Lexi’s rescue dog, Stanley, was at the rodeo venue on Sunday and ran away after her accident. So far, the pet has not been found.

The organizers of Sunday’s ill-fated event posted a message on the association’s Facebook page asking its members to show support for Lexi by wearing her favorite color – turquoise – at an upcoming rodeo in Ponder this weekend.