The Thai soccer team dramatically rescued from a cave earlier this year attended a Manchester United match as the guests of honour on Sunday.

The ‘Wild Boars’ soccer team, who were trapped in the Tham Luang cave complex in northern Thailand for 12 days in June, were spotted revelling in the big match atmosphere as they waved to the crowd at Old Trafford.

All 12 members of the squad and their coach were pictured wearing United tracksuits and scarves as they were given exclusive access to the director’s box for the game against Everton.

During their time at the club, the boys met Manchester United manager Jose Mourinho on Saturday and went along to a training session. 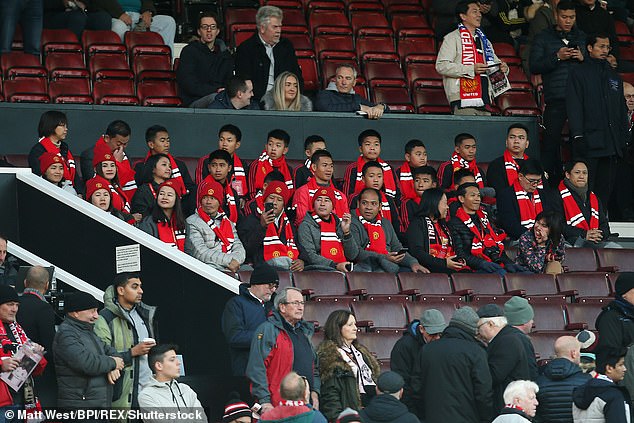 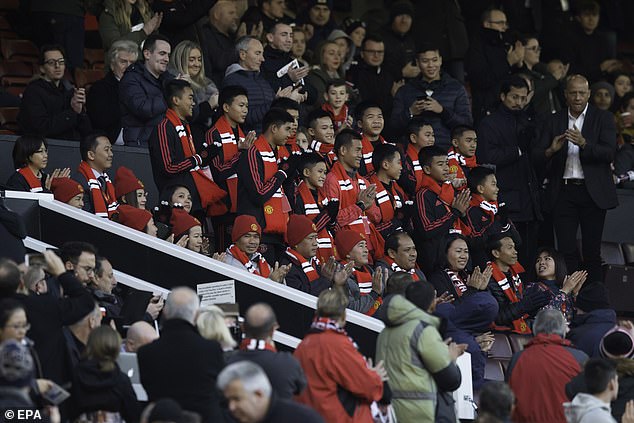 Pictures showed them posing with Mourinho and club legend Michael Carrick as they lapped up the VIP treatment.

They were also given a standing ovation before the match on Sunday and allowed to walk on the pitch prior to kick-off.

The team have made appearances around the world since their ordeal, most recently being invited on the Ellen DeGeneres show in the US earlier this month.

After the interview, they were treated to surprise visit from LA Galaxy star Zlatan Ibrahimovic – the team’s soccer idol – who praised their teamwork and branded them ‘the best team in the world.’

A daring operation was launched to reach the boys when they became stranded with their coach more than two miles deep inside the Tham Luang cave network on June 23.

They spent 18 days marooned in the dark enclave – their exit cut off by a flash flood – before specialist dive teams guided them out one-by-one.

The team and their coach were fitted with oxygen face masks and led through the flooded tunnels using guide ropes, in an operation that ended on July 10. 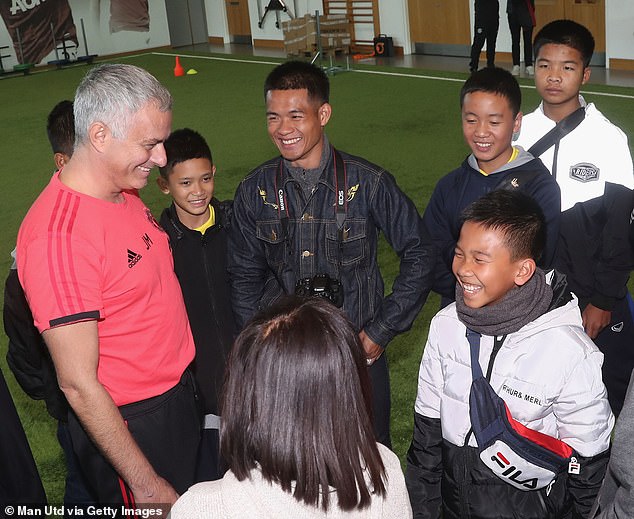 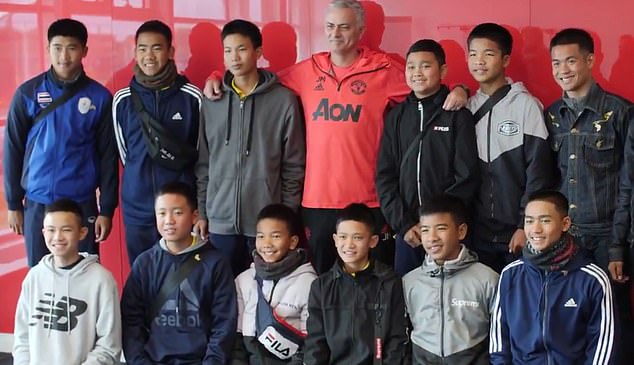 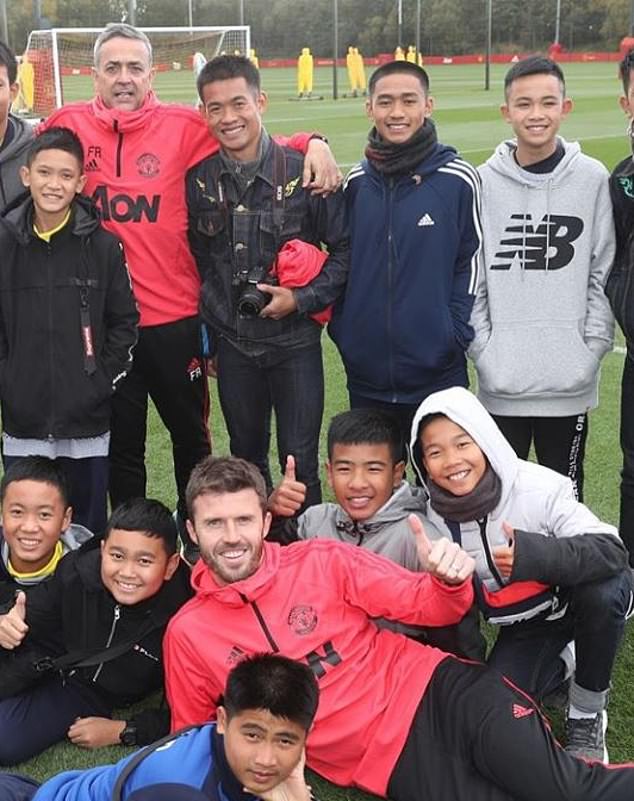 Details of the incident are still captivating the public and the boys have since received invites from all over the world.

They were in Buenos Aires earlier this month, where they played a match against an Argentinian youth soccer team and participated in the opening ceremony of the Youth Olympic Games.

The entire team, including their coach Eakapol ‘Ek’ Jantawong, 25, have also spent time in a buddhist monastery since their release and said it had given time to reflect on the experience.

Above all, they said, the ordeal had taught them ‘how to be patient’ and ‘how to keep a peaceful mind’.

The boys and their coach have received messages of support and kindness from around the world since their rescue and were quick to say thank you during the interview. 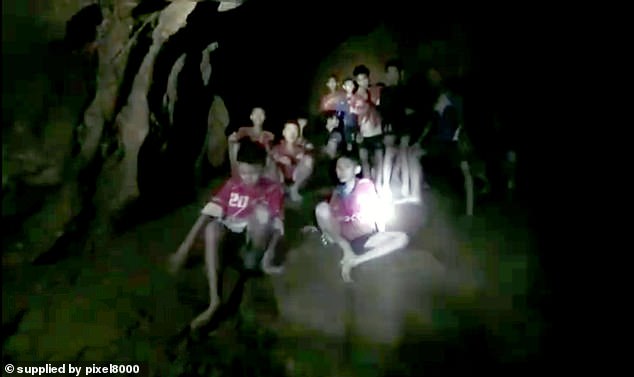 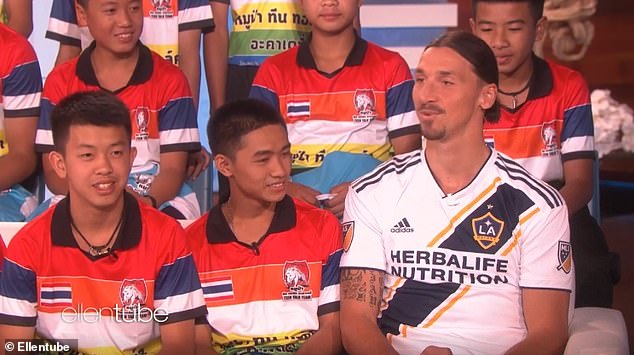 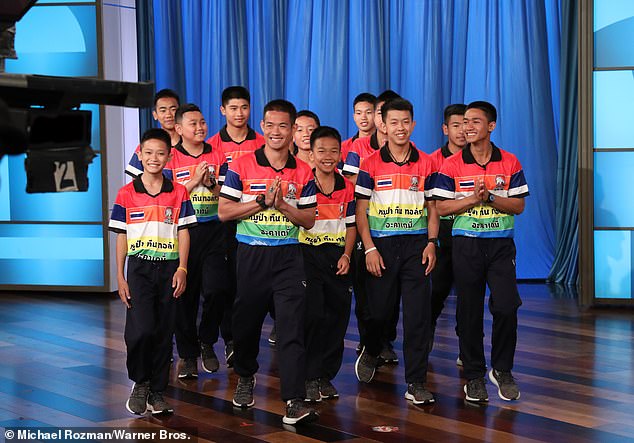 The Thai soccer team and their coach, who were rescued from a flooded cave, appeared on The Ellen Show for their first joint television interview