An all girls school in Thailand has banned fashionable bangs because they are ‘untidy’ and threatens rule breakers with expulsion.

A Facebook group has shared the contract issued by the unnamed school which asks parents to sign a statement acknowledging their child’s violation.

‘I (name of parent), the parent of (student name) acknowledge that my child violated school rules by getting bangs (a fringe),’ the contract reads.

There was no reason provided for the ban within the document, simply that having bangs was in breach of general tidiness guidelines. 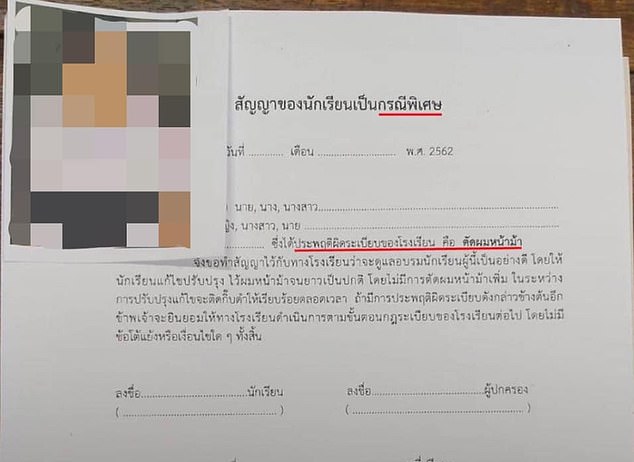 The contract has been shared online after it was given to parents to sign. It says: ‘I (name of parent), the parent of (student name) acknowledge that my child violated school rules by getting bangs (a fringe)’

The contract continues: ‘This agreement means that the student will be given time to grow out their bangs. They may not be allowed to get bangs again during this time and have to wear a black hair clip to stay tidy.

‘I agree to comply with the school rules and regulations without condition.’

The contract then adds that if a girl fails to comply with the new rule they will be given three warnings over the offending hairstyle before being expelled, Coconuts reported.

Thousands have reacted to the stringent contract online saying that it ‘enslaves’ the girls to draconian rules. 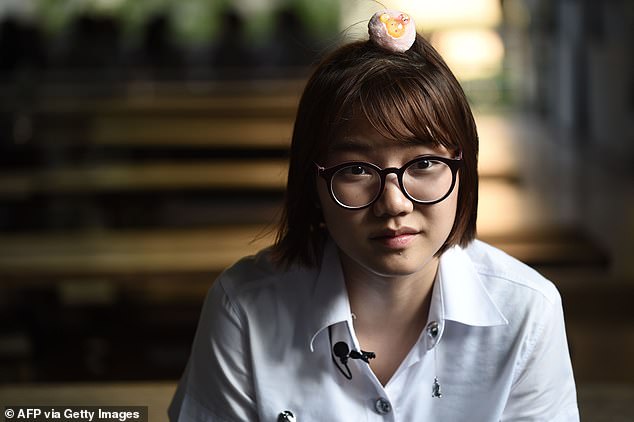 In a business context, for example, it would be considered inappropriate for a woman to wear a skirt which finished above the knee.

In addition the shoulders would always be covered.