A newborn baby with its umbilical cord still attached was rescued after being abandoned inside a washing machine.

The boy was found in the machine outside a shop in Krabi, southern Thailand, last night.

Shop owner Sangduen Khaorueng, 47, said she had closed the business on Friday afternoon before returning yesterday when she heard crying.

The baby boy (pictured) was found in a washing machine outside a shop in Krabi, southern Thailand, last night 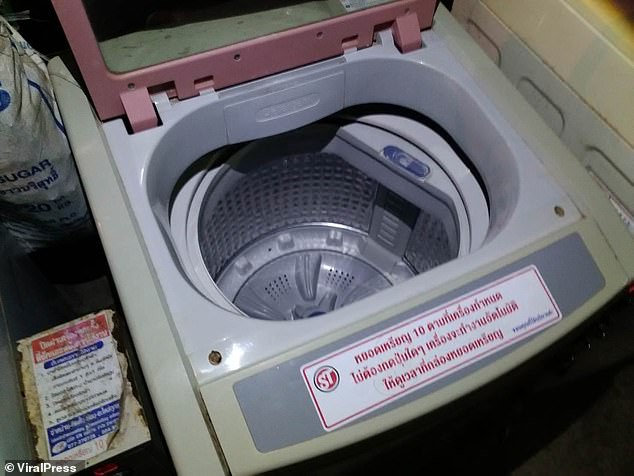 The housewife initially ignored the noise, believing it was from a neighbour’s home.

But she later checked inside the large drums and was stunned to see the boy wrapped up in a towel at the bottom of the machine.

Police and paramedics arrived and checked on the infant who was found to be healthy but ‘very hungry’. 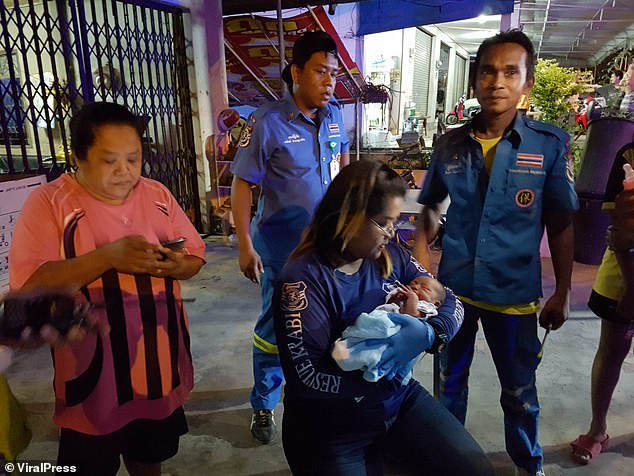 The housewife had locked the business up on Friday night, but found the boy there just last night 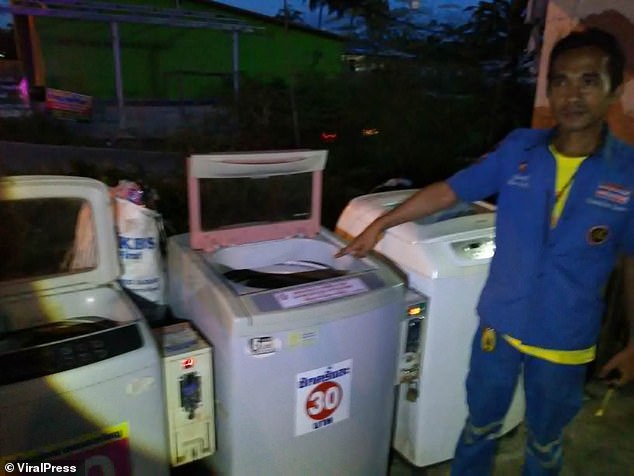 He still had his umbilical cord attached but rescue workers believed he could be up to five days old.

Officers are now trying to trace the mother of the little boy or he faces being sent to an orphanage.

Sangduen said: ‘I went away on Friday to the provinces to do business and the shop here was closed all weekend.

‘When I returned I could hear crying. I thought it was a from a neighbour’s house so I didn’t do anything.’ 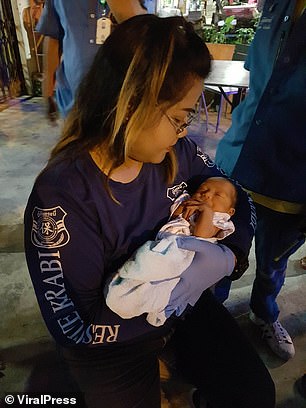 She added: ‘But the crying continued after I had been outside and came back. I followed the noise and saw the baby inside the washing machine. I called the police immediately.’

Police Lieutenant from Sanya Kaewnui Krabi Police said the infant was being cared for by nurses in hospital.

‘We believe the baby is about five days old. He was in good physical condition but was very hungry. A resident prepared a bottle of milk for him.’

‘It is fortunate that he was crying or nobody would have noticed him in the washing machine.’

Lieutenant Kaewnui added: ‘My team will check CCTV from the street to try and find the mother.

‘If the baby cannot be returned to the family he will be brought up in an orphanage and offered for adoption.’