‘I have to put myself first’: Injury-plagued Aussie tennis star pulls out of preliminary Australian Open matches

A popular tennis player has pulled out of qualifying matches for the Australian Open due to health concerns.

Thanasi Kokkinakis made the announcement to his fans on Friday, saying he was disappointed he will be missing the Australian Open.

‘Unfortunately I’ve got some health concerns I need to take care of and will have to miss the Australian Open and Aussie summer,’ the 23-year-old wrote.

‘Shattered to miss my favourite part of the year but I have to look after myself first. Always appreciate the continued support.’ 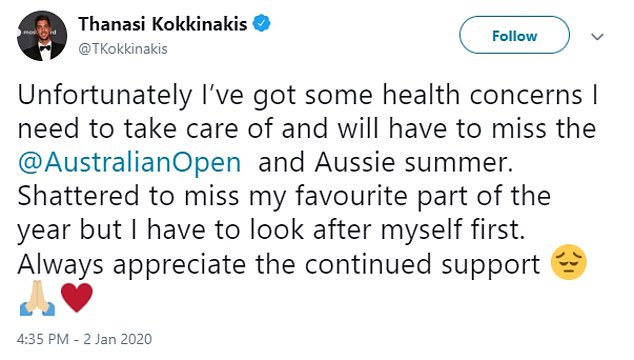 The South Australian world number 199 did not specify what his injury is but has had a tough season with injuries to his knee, shoulder, and abdominal issues.

After qualifying for the Australian Open during the main draw in 2019, Kokkinakis quit halfway through the second set of the first round with Japan’s Taro Daniel.

In the US Open last year, Kokkinakis won against the first-round match against world number one Rafael Nadal.

He then pulled out of the competition after suffering through pectoral issues.

His fans responded to his message, wishing him well.

‘Sorry mate. Get better,’ one wrote.

‘Take good care of yourself. Get well soon,’ another wrote.

‘Hope to see you back out there soon Thanasi,’ someone else commented.

‘Bugger you’ve been through so much already. Hope you’re better soon,’ another wrote. 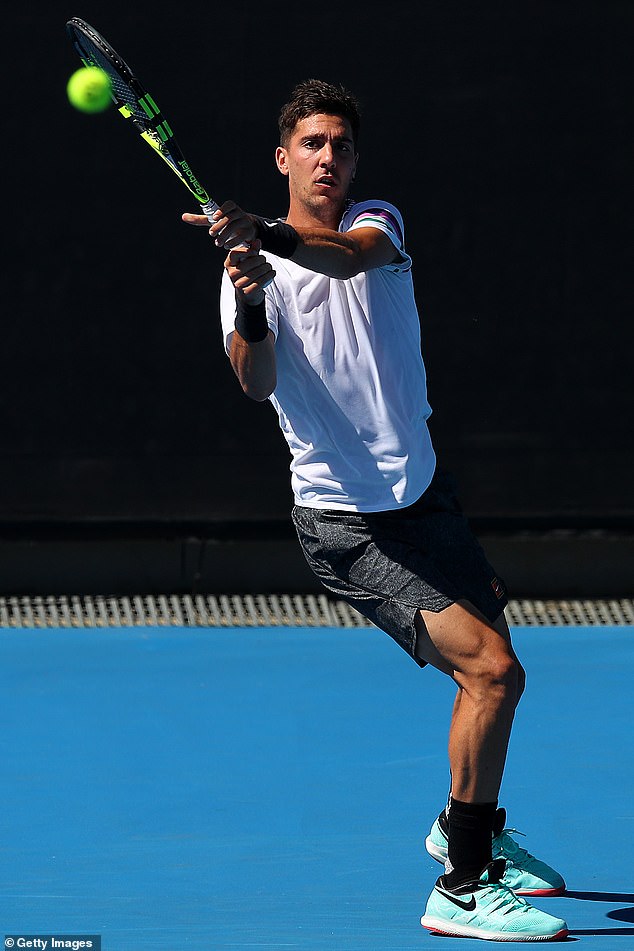