Margaret Thatcher may have famously survived on just four hours’ sleep a night, but newly released government files suggest she may have made up for it by catnapping in the back of her official car.

Papers released by the National Archives in Kew show officials became so concerned she could suffer an injury if the Daimler was forced to brake while she was nodding off, they arranged for a custom-built headrest to be fitted to protect her.

In September 1987, Bob Kingston in No 10 wrote to inform her private office: ‘I am concerned that, when the PM dozes in the official car, the design of the headrests is such that, far from supporting her head and neck, they cause her head to drop forward.

Margaret Thatcher may have famously survived on just four hours’ sleep a night, but newly released government files suggest she may have made up for it by catnapping in the back of her official car

‘This is in itself hazardous, but when the car is braked or turned, or there is some other disturbance, she lifts her head very quickly, and this I am sure will one day cause at least minor injury.’

He added: ‘I told the PM of my concern at Chequers last weekend. She agreed to the matter of a better design of headrest being pursued.’

The files also reveal the consternation among executives at Jaguar Daimler when Mrs Thatcher’s successor John Major, who suffered from an old knee injury, suggested replacing the armoured Daimler, which he found too cramped.

In contrast, the official Rovers used by the Government Car Service were ‘definitely more roomy’ and he jumped at the prospect of a ‘stretched’ version which ‘could add another four inches to its length’.

Hearing the news, Gavin Thompson at Jaguar Daimler wrote to a sympathetic MP, warning it would deal a ‘catastrophic blow’ to the company.

‘The popular press would have a field day. Everybody in the country and around the world has become used to seeing our Prime Minister in a Daimler,’ he wrote. 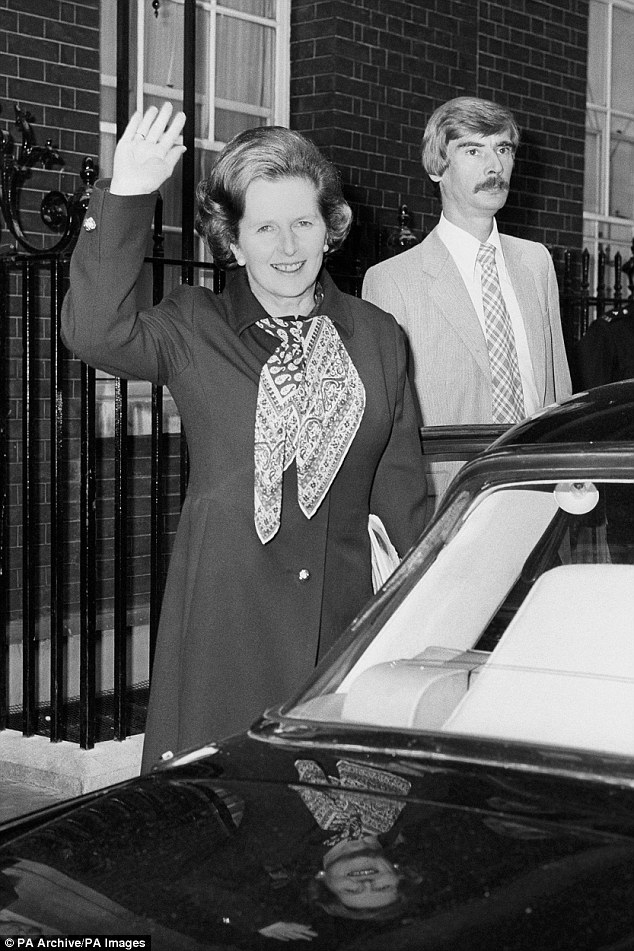 ‘Our cars are exceptionally well suited to such use as they have plenty of interior space, can be entered and exited easily, are well suited to armouring, are capable of long-distance high-speed cruising and are, above all, essentially British in character,’ he boasted.

However, there were concerns for Mr Major’s famously down-to-earth image if they went ahead.

Robin Catford in No 10 wrote: ‘The obvious snags are the implications of accepting a cut-price deal and the possible repercussions, in terms of the Prime Minister’s image, of moving up the quality car range. The latter has been rejected in the past: the former is likely to be a very slippery slope.’

In the event, Mr Major decided to stick with what he had, writing in a handwritten note: ‘Pl(ease) express thanks but no change for now at least.’