‘That’s not what Leo Messi does’: Rio Ferdinand shocked to see PSG star laying down behind the wall

‘It’s not what Leo Messi does… it’s disrespectful’: BT pundits shocked to see PSG superstar given role of laying down behind the wall, as Rio Ferdinand jokes that ‘he don’t get his kit dirty’

Rio Ferdinand and Owen Hargreaves could not believe their eyes when they saw Lionel Messi lying down behind the PSG wall to stop free-kick taker Riyad Mahrez going under it.

Messi finally got off the mark as PSG beat Manchester City 2-0 in Paris on Tuesday night, with the Argentine doubling the lead with a brilliant strike in the second half after a lovely one-two with Kylian Mbappe.

However, eyebrows were raised in response to a moment that took place in the closing stages of the Group A fixture at the Parc des Princes. 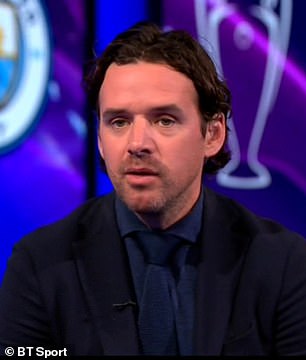 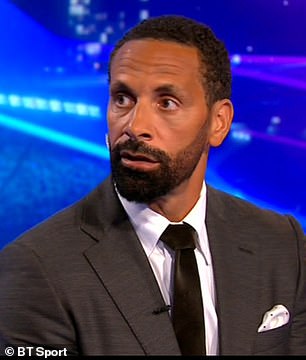 City were awarded a free-kick just outside the area and it was six-time Ballon d’Or winner Messi of all people who was seen getting himself dirty on the ground behind the wall as Mahrez prepared to take it.

‘We couldn’t believe it,’ said BT Sport pundit Hargreaves. ‘He’s one of the greatest of all time, if not the greatest. ‘

Ferdinand then, took over, saying: ‘The moment Mauricio Pochettino asked him to do that at the training ground someone should have gone in there and said “no, no, no, no, this doesn’t happen to Leo Messi”. 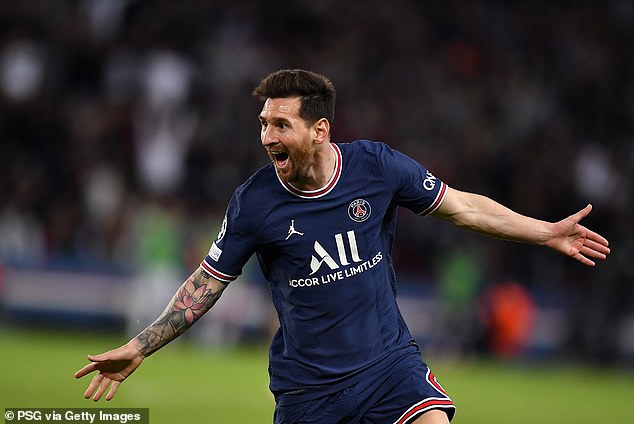 ‘I couldn’t have him laying down like that. I can’t see it. He don’t get his kit dirty. That’s not what Messi does.’

But the BT Sport pundits were left in awe by the former Barcelona star’s opening goal for his new club.

‘The pace, the strength, the balance and the technique to put it where he did… phenomenal,’ the former Manchester United defender said on BT Sport as he re-watched PSG’s second.

‘Hakimi’s run is so important because it takes the defender away. When you’ve got players like Hakimi causing havoc like that it opens up the space for someone like Messi to exploit.’ 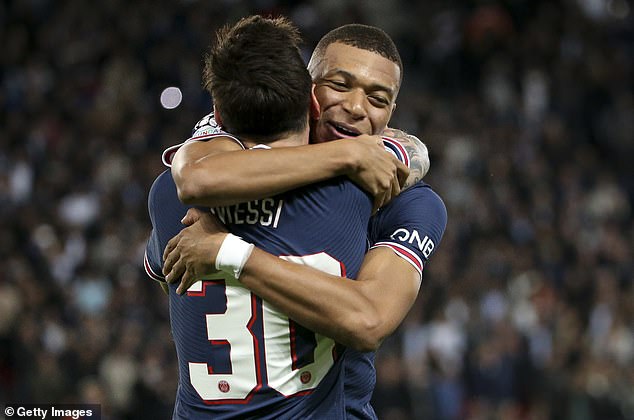 Owen Hargreaves added: ‘There was so much to like about this goal. I love the overlap from Hakimi there, making the space. It’s Messi all over.

‘He would have been expecting it, he’s the man for the big occasion. He always seems to score against Pep Guardiola teams for whatever reason.

‘Today was the perfect performance from PSG. Once they got the first goal and the space opened up for Hakimi, with Messi being able to come inside and then Neymar and Mbappe are in there – it’s going to be a thing of beauty.

‘Today they got it right and with Messi on the end of things, he’s going to score a tonne of goals there.’