Matt Healy, the lead singer of The 1975, did the right thing when a young fan in the crowd continued to shake a homemade sign that asked him to kiss her.

After reading her homemade sign asking him to be her ‘first kiss’ at a recent show, the 33-year-old singer made sure to check her ID first to make sure she was old enough to consent.

The peck came after Healy admitted he was struggling with feeling ‘sexualized’ by fans of his Grammy nominated band.

Smart move! Matt Healy, the lead singer of The 1975, did the right thing when a young fan in the crowd continued to shake a homemade sign that asked him to kiss her

At a time when more men than ever are being accused of sexual misconduct, Healy’s behavior showed that not all men are ‘creeps.’

Still, online trolls have ridiculed the frontman, saying it’s ‘creepy’ that he checked her ID first.

In one clip, Matt could be heard speaking to the fan in regards to the sign she held up saying, ‘you better not be 16’ before the woman shouted that she ‘has ID.’

She handed her driver’s license to one of the stage crew, who then passed it up to the singer on the stage between songs.

Matt, who previously dated FKA Twigs, took a moment to examine her birthday and even appeared to make sure the plastic was real. 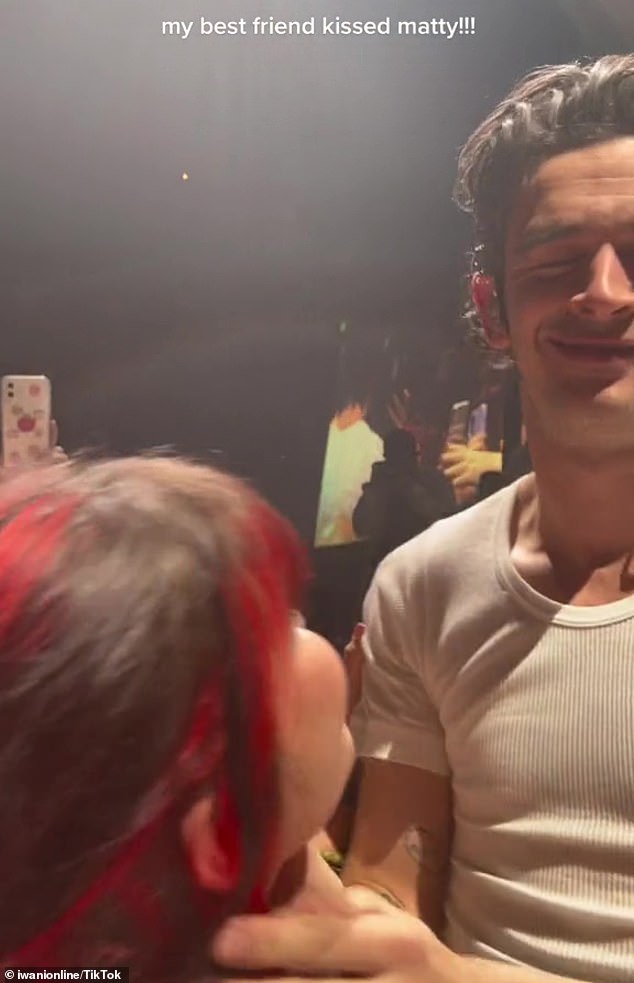 So excited: The young fans’ best friend shared a short video of the event captioned, ‘my best friend kissed matty!!!’ 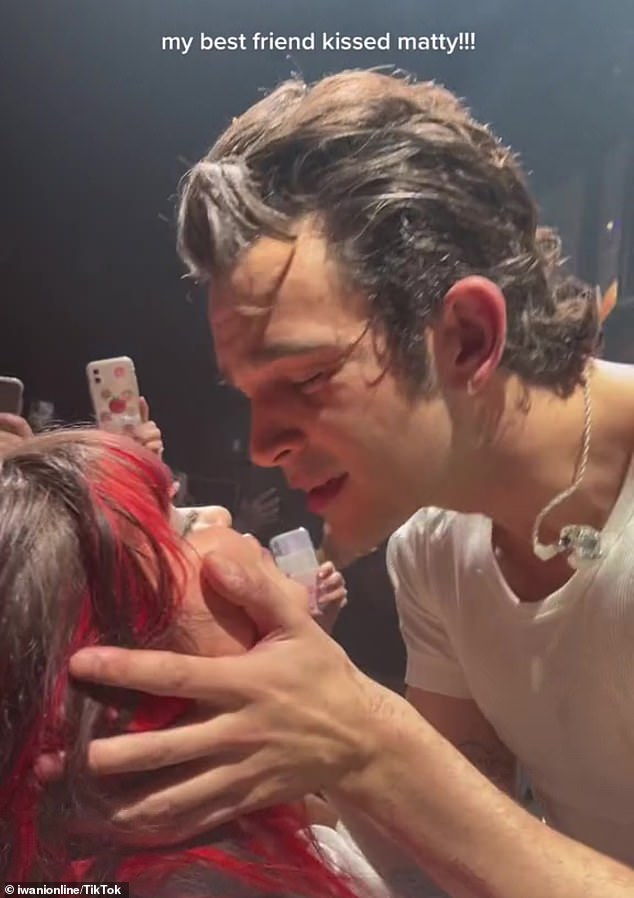 OMG: As the crowd when wild, Healy and his adoring fan puckered up 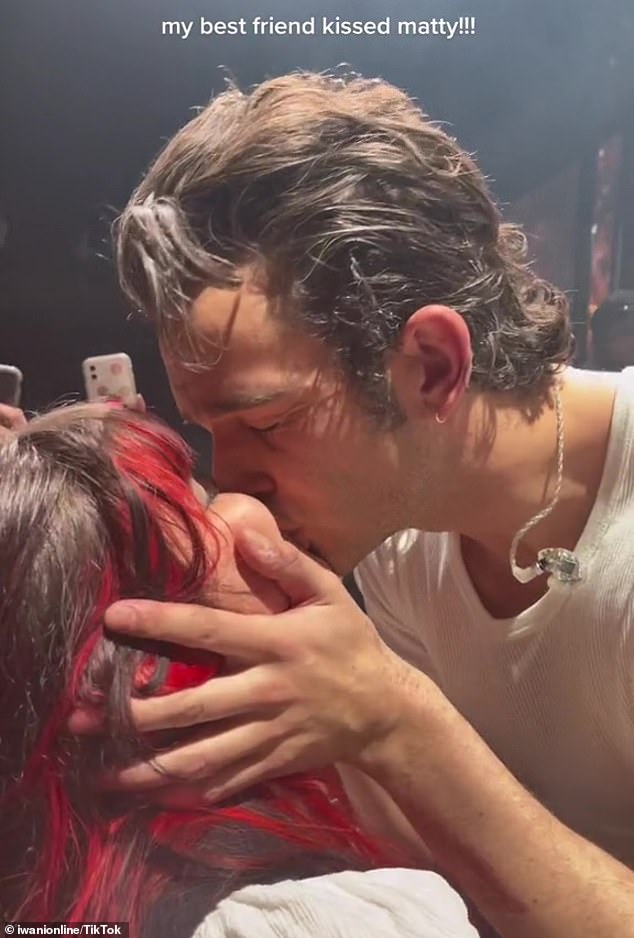 A moment she will never forget: The young fan confirmed it was her ‘first kiss’ and she wanted it to be with him, her favorite rockstar

He then hopped off the stage and approached the young girl with red hair, who claimed this was ‘her first kiss.’

Fans screamed with excitement as the rockstar asked her: ‘Are you ready? Is this really your first kiss?’

The young fan nodded with excitement to confirm that it was indeed her very first kiss, and best of all, it was with her favorite performer. 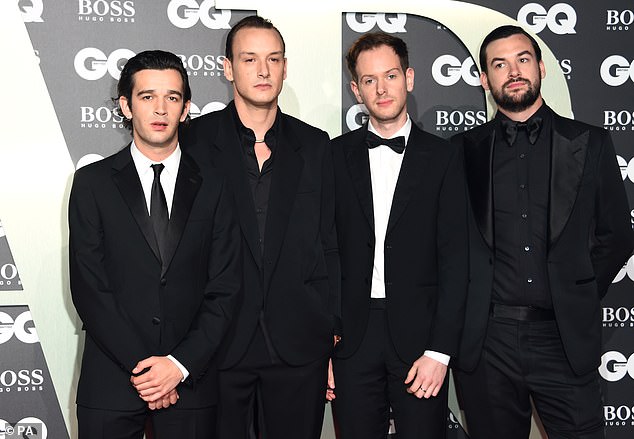 They rock: The 1975 are an English pop rock band formed in 2002 in Wilmslow, Cheshire. Now based in Manchester, the band consists of lead vocalist and rhythm guitarist Matthew Healy, lead guitarist Adam Hann, bassist Ross MacDonald, and drummer George Daniel 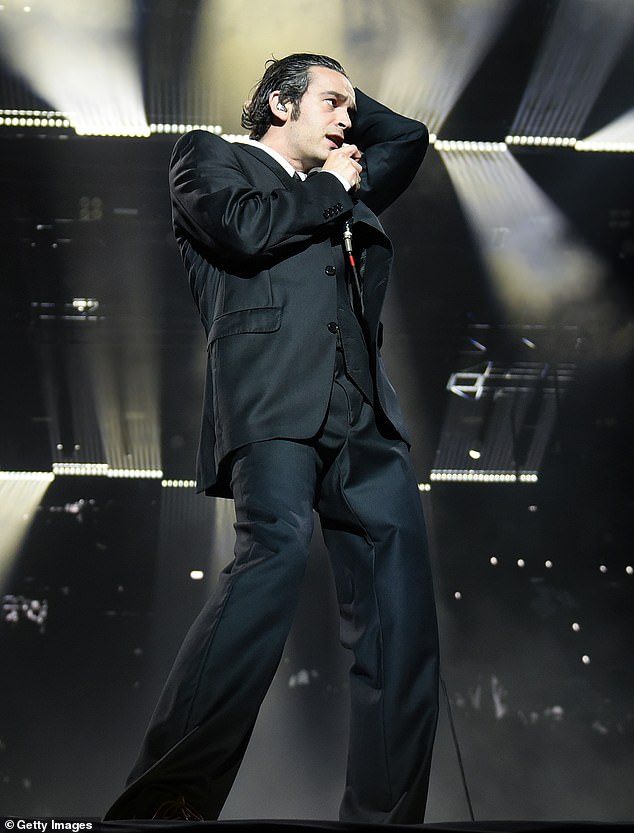 She kept waving the sign asking him to kiss her: He then hopped off the stage and approached the young girl with red hair who claimed this was ‘her first kiss’

Matt smiled and gives her two brief smooches after handing her ID back to her.

Another fan recorded the event and posted the video to social media with the caption, ‘This is so sweet pls.’

A different fan, who was not so impressed commented, ‘If by sweet you mean creepy then yes I agree.’

After Healy was slammed by multiple female fans online, the young woman who was kissed came to Healy’s defense writing, ‘I did this, he saw it and brought me up, HE ASKED before he kissed me!’ 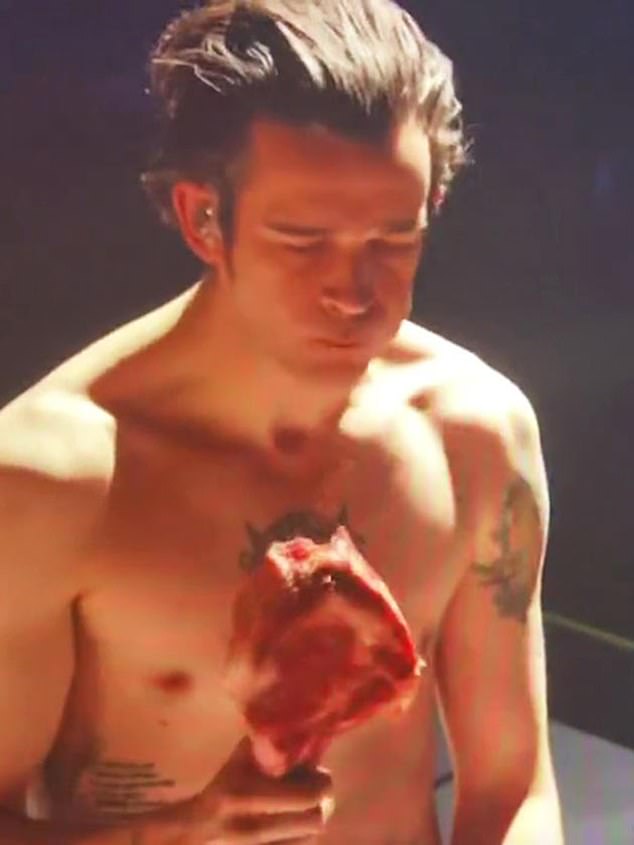 Causing a fuss: While performing at Madison Square Garden, Matt brought out an unusual snack while onstage: raw meat. The British singer pulled out a slab of red meat and took a bite, causing a major spectacle