The 8 best places for breakfast or brunch in Lisbon

During the summer, the mercury regularly rises to 27 degrees in Lisbon, and some of the best places to bask in that heat are the outdoor tables of the city’s restaurants. You can tuck into everything from classic seafood stews to lentil kebab lollipops in the al fresco eating areas of the Portuguese capital. Here are a few top spots to eat outside.

The dinky terrace behind La Buvette da Mae d’Agua has fairy lights circling their way around a tree in the middle and potted plants on the trellis-topped walls. The homely feel of the place is reflected in the menu. The eatery is run by a family who cook traditional Portuguese food to tried and tested recipes. Think gooey pots of local sheep’s milk cheese baked in honey and served with crusty bread, and slow cooked pork belly with crispy crackling.

There’s a yawning outdoor eating area at Clube de Jornalistas that features cobblestones, parasols and fairy lights. You can choose between the a la carte menu and a sampling menu when you eat here. The former mixes Portuguese dishes such as codfish with international options like salmon with Thai vegetables, with desserts including a kooky chocolate soup. The latter features tasters of dishes like veal carpaccio and shrimp risotto and ends with a tasting board of up to eight desserts.

There’s a pleasantly scatty feel to Casa da Comida. One area looks like a library while another looks like an antiques warehouse with scuffed vintage chairs, period ceramics and knickknacks. The terrace, meanwhile, features Roman-style marble statues and a wall of Delft-style pottery. The eccentricity extends to the menu, too. One tasting menu is called the Chef’s Madness and one of the dessert choices is called Pudding Insanity. Apart from that, though, it’s pretty traditional, with Portuguese oysters, codfish and suckling pig on the menu. 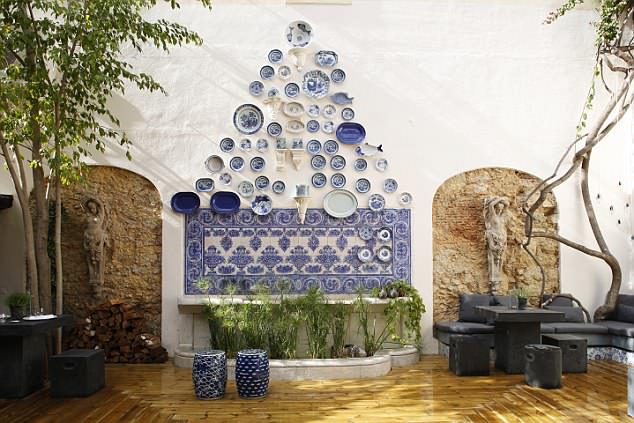 Atalho Real backs on to the Botanical Gardens, and the outside eating area is almost as pretty. Among the trees and greenery there’s a bar, beanbags and a clutch of dining tables. The menu is all about meat; take your pick from almost every cut of steak you can think of, as well as carpaccio, sausages and hamburgers. There are one or two vegetarian options but the sign on the wall that reads ‘Vegetarian is the old Indian word for bad hunter’ suggests this place is one for the carnivores. 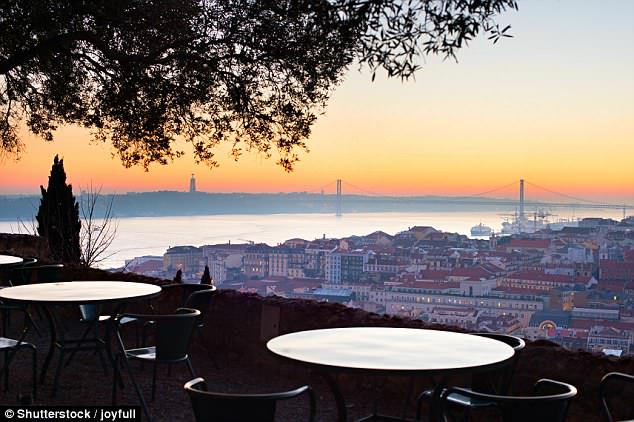 With its low seating, rugs and Middle Eastern-style lamps, you could be in Morocco when you’re on the terrace at Jardim dos Sentidos. You won’t find a lamb tagine anywhere near this place, though, because its focus is on vegan and vegetarian food, with lentil kebab lollipops, vegetable chilli, vegan cheese and ‘deconstructed sushi’ the order of the day. If you want to feel really virtuous, book a Zen Dinner, which begins with a massage rather than a starter. 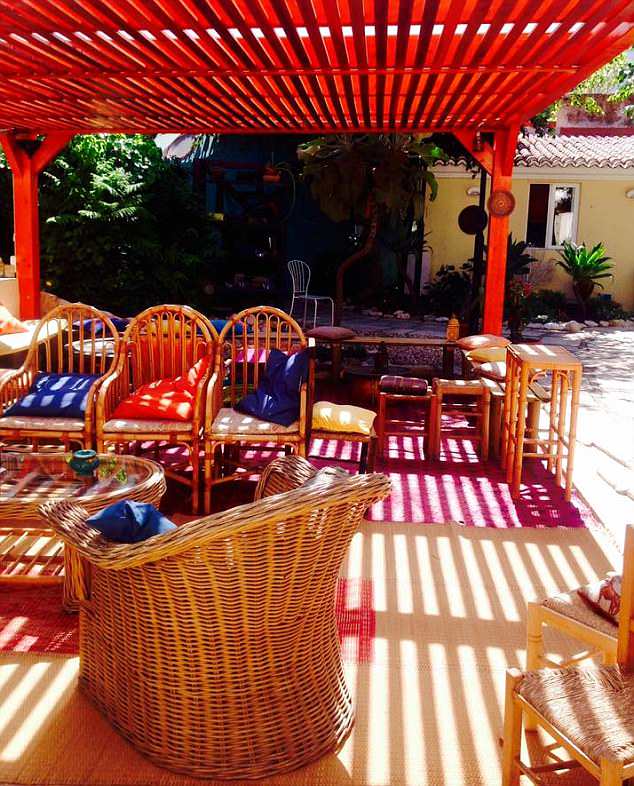 Cross the 25 de Abril bridge from Lisbon and you’ll find yourself in Olho de Boi. Grab yourself a spot on the terrace at Atira-te ao Rio for views over the Tagus river and the Lisbon skyline in the distance. The food is home-cooked and seasonal, with homemade pâtés, confit cod, seafood stews and more contemporary dishes like black linguine. If you get here before sunset, a glass of wine as you watch the lights start to flicker across the water is a real treat.

The cocktail menu at Boa-Bao is designed to look like a passport, and on the cover of the food menu are the words ‘Oh darling, let’s be adventurers’. The cuisine here takes you on an Asian exploration, with baskets of steamed gua bao buns served with duck, pork belly or shrimp, as well as noodle soups, curries and stir fries. The cocktails are particularly exotic and come served in wooden mugs shaped like monkey heads or glasses shaped like faces. In summer, they’re best enjoyed beneath the lanterns on the outdoor terrace. 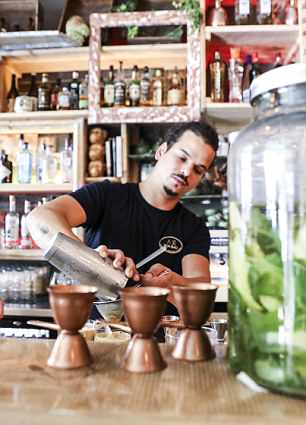 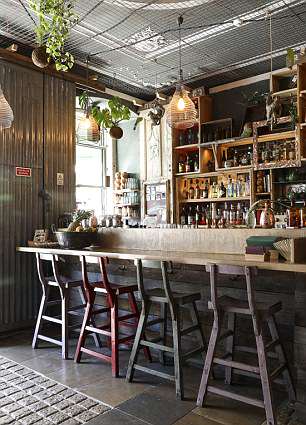