We’re shutting up shop early… our girl has won The Apprentice! Contestant’s parents close off-licence for the evening so they can watch their daughter’s TV triumph

After watching weeks of tricky tasks and boardroom bust-ups, there was no way the family of Harpreet Kaur were going to miss her battle it out in The Apprentice final.

And their decision to shut up shop early last night – complete with a scribbled note left in the window – proved a good one as she won the BBC competition.

The 30-year-old, from West Yorkshire, said she was ‘over the moon’ after winning a £250,000 investment in her dessert parlour business.

‘Honestly this is exactly where I wanted to get to when I entered the process,’ Miss Kaur told the Daily Mail. ‘I was gunning for that win and I went and bagged it. I am so over the moon, it’s exactly what I wanted.’

Tickled pink: Winner Harpreet Kaur, 30, from West Yorkshire, who said she was ‘over the moon’ after winning a £250,000 investment in her dessert parlour business 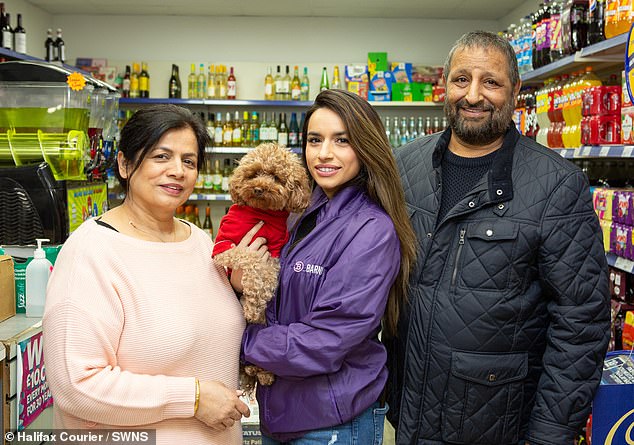 Apprentice contestant Kaur, with her parents Jas Kaur and Pete Singh at their off-licence called Waring Green Store in Brighouse near Halifax

Miss Kaur said she wants to use the money to open more stores and has launched a new website to deliver across the country.

However, despite investing in Miss Kaur’s business, Lord Sugar admitted he doesn’t have much of a sweet tooth and therefore won’t be eating many of the desserts himself.

Born in Birmingham, Miss Kaur’s family moved to Brighouse near Halifax when she was 11 years old.

Her parents, Jas Kaur and Pete Singh, opened an off-licence called Waring Green Store – which introduced her to the world of business from a young age.

‘It showed us that if you really work hard you can change your financial future,’ she said.

‘From a really early age I was working in their business – simple things like serving customers and stacking shelves. But I believe that that earlier introduction and exposure to working has really set me up.’

At 18, Miss Kaur balanced working as a Barclays cashier with studying for her Leadership and Management degree at the Open University.

After graduating with first class honours, she became a branch manager of HSBC aged just 22. Two years later, she opened her own dessert business with her sister Gurvinder. 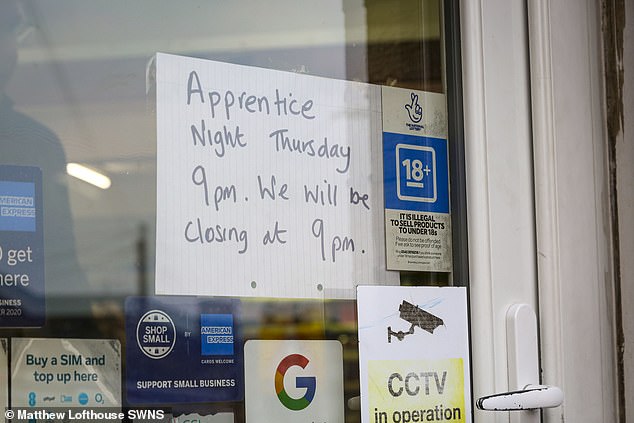 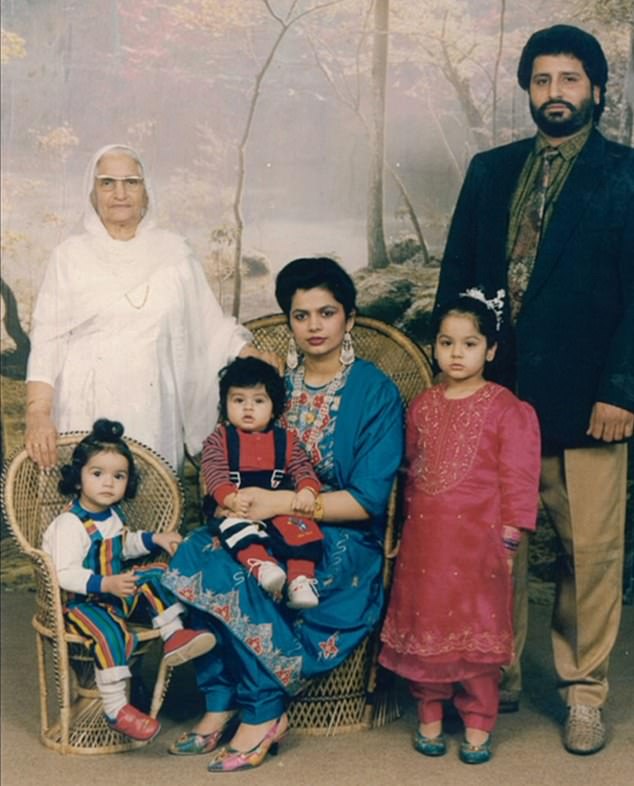 Close-knit: Miss Kaur with her family. Born in Birmingham, Miss Kaur’s family moved to Brighouse near Halifax when she was 11 years old

The pair started off with a stall in a shopping centre and now own two stores in Huddersfield and Leeds.

The business, which was originally called Barni’s, has now been rebranded to Oh So Yum – a name she plans to keep going forward. ‘I’ve been working really hard in the background since the show began because – regardless of whether I received the investment – I’m going to take this business big. I really believe in it and it’s my passion,’ she said.

‘For me, the biggest thing from this is the scalability of my business and what’s going to set me apart – and it’s exactly that. The good news is, it’s already out there.

‘Hopefully me and Lord Sugar can sit down and plan other ways so we can get out there as the number one go-to dessert brand in the UK.’

On crowning Miss Kaur the winner, Lord Sugar joked: ‘I don’t really go for desserts – mainly because I eat too much dinner and don’t have any space for [them]. I eat very few desserts and not too much sugar in them.’