The art of getting a £7,600 refund… get TONY HETHERINGTON to investigate

The art of getting a £7,600 refund after being fobbed off by Smith & Partner Limited? Get TONY HETHERINGTON to investigate

I was naive and believed this to be a good investment because of the strong sales pitch. Since then I have been continually fobbed off. It never sends emails, only calls claiming it has ‘great news’.

As time has passed, I have realised how much rubbish I have been fed. I have asked that the artwork is resold, but I am palmed off all the time.

Tony Hetherington replies: You contacted me following my report on December 11 that an elderly investor had pumped £17,000 into limited edition prints sold by Smith & Partner, after he was told that his first purchase had soared in value and shown a £3,000 profit within weeks. I asked the art company’s owner Luke Sparkes for details of this amazing piece of art. He failed to answer, but I am delighted to add that he has just given the elderly investor a complete refund.

One of the attractions of the scheme is that Sparkes advertises that his investors can notch up ‘potential returns of up to 64.6 per cent in just 12 months’. I questioned this, and Sparkes has told me that just such a profit was made once, back in 2017, when the business had just begun and before he took over. If there had been a repeat performance – or a bigger profit – since then, I expect he would have been keen to highlight it.

I also questioned Sparkes about his company’s financial position. The latest Companies House accounts show it being in serious trouble with the taxman. I asked Sparkes twice about this ahead of last month’s report but he failed to answer.

He now says the dispute has been settled, though the figures are unclear. Similarly, the accounts show Sparkes himself borrowed £459,038 from the business. I asked whether he has since repaid this, but Sparkes has not answered.

When I pressed him about your own investments, Sparkes told me: ‘Please note that I have shared supporting evidence with you to the extent that we are permitted to do.’ He added he would be happy to share further evidence ‘if given permission to do so’.

Well, last Monday I gave Sparkes your legally binding signed authority, allowing him to discuss your complaint with complete freedom, and to hand over any documents or other records about Smith & Partner’s dealings with you, including its sales pitch. And last Tuesday he refused.

There are lots of question marks hanging over this scheme. Smith & Partner advertises its ‘vast expertise within the art investments market’, but will not say who exactly has this vast expertise and where they obtained it.

Prints which are produced by a separate company controlled by Sparkes are marketed by his telephone salesforce based near the Shard building in London, but investors are bound by written terms and conditions. Are these read out to them in sales calls? How can they be bound by conditions they have not seen? I asked, but Sparkes offered no explanation.

Despite all this, I can report two bright spots. Sparkes conceded that his company’s advertising included incorrect advice about tax due on any profits made by investors. He is correcting this. And the other good news? You bought prints costing £7,651, which Smith & Partner says are stored in a warehouse in Switzerland. By the time you read this, you will have received a full refund. 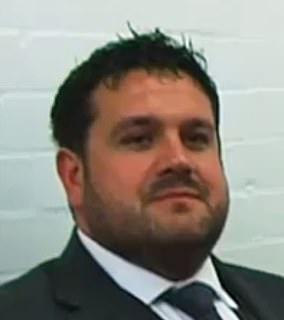 Fraudster Michael Nascimento – who was exposed by The Mail on Sunday as long ago as 2011 – has been ordered to spend almost four extra years in prison for failing to compensate victims of his £2.8million investment scam.

The extra time is on top of an existing 11-year sentence handed down in 2018.

Nascimento and his gang set up a fake investment company, Morgan Forbes (UK) Limited, and used high pressure phone calls to persuade investors to buy shares in a scheme to develop a resort on the island of Madeira. They were promised guaranteed returns of between 125 and 228 per cent.

But the Financial Conduct Authority found that the money raised was used to pay the expenses of running the fraud and to fund Nascimento’s lifestyle.

The fraud began in 2010, and in 2011 I warned that Nascimento’s company was breaking the law simply by selling shares without being authorised by the financial watchdog.

No action was taken, and I repeated the warning in 2012 when Nascimento did a deal to allow an offshore sales firm to take over marketing his dud shares.

The fraud continued until 2014, and the FCA’s prosecution reached court in 2018.

Last April, the FCA delivered its final bow to Nascimento. Twelve years after he began operating his illegal investment firm, the FCA banned him from the financial services industry.