The Ashes: Ben Stokes insists he is loving his return to cricket after months away from the game

Ben Stokes insists he is ‘loving’ his return to cricket even though England already face an uphill battle to stay in the second Test and retain any chance of winning the Ashes.

Stokes put everything into 25 overs in demanding conditions to take three wickets as Australia piled up 473 for nine, with England captain Joe Root using him in an ‘enforcer’ role in the absence of the extra pace of Mark Wood.

But Stokes was delighted to be back throwing himself into the fray after his late addition to the Ashes squad when he decided to end the break from the game he took last summer to repair his broken left index finger and protect his mental health. 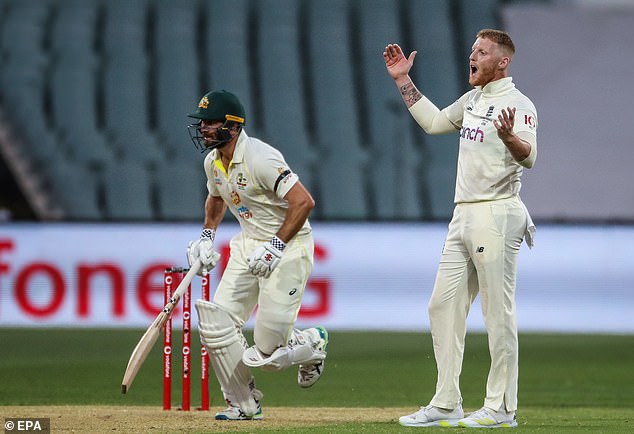 ‘I’ve loved every minute of it,’ said Stokes after thunder and lightning brought the second day to a premature close with England on the ropes at 17 for two. ‘Walking out and wearing the three lions is one of the great feelings. Playing in Australia makes it more difficult but it’s fantastic fun as well as being a huge honour.’

And Stokes insisted he was fit enough for such a leading role with the ball despite appearing to be suffering with a knee injury during the first Test in Brisbane.

‘If you don’t feel sore getting up in the morning you’ve probably not done what’s required of you,’ he said. ‘You’ve just got to love the dirt when you get that deep in the game and understand what you’re playing for.’

Stand-in Australia captain Steve Smith, making an unlikely return to the captaincy three years after the cheating scandal that cost him the job, criticised England’s tactics after falling seven runs short of his 12th Ashes hundred. 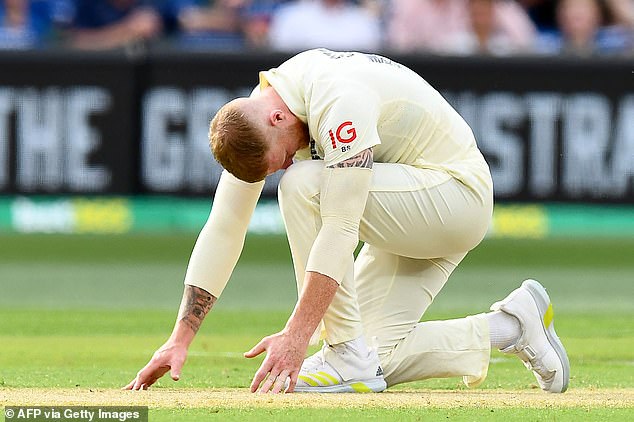 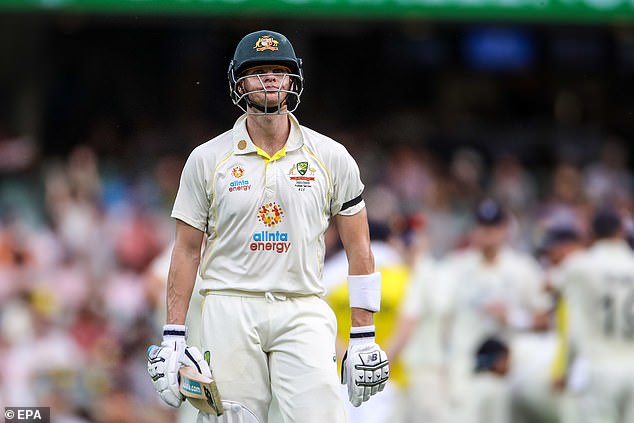 ‘There were some strange tactics at certain times,’ said Smith, who is acting as captain in the second Test after Pat Cummins was forced to miss it as a close contact of a Covid positive, of England in the field.

‘They bowled a fraction short with the first new ball, not hitting the stumps as hopefully our boys are able to do.’

Meanwhile England’s record run-scorer Sir Alastair Cook said Rory Burns might have to change his technique if he is to survive at the highest level. Burns was again dismissed by Mitchell Starc and has made just 17 runs in three Ashes innings so far.

‘You’re always told in international cricket “do what you do in the county game”, you don’t change how you play,’ said Cook on BT.

‘But it’s probably getting to the stage now where Rory will have to sit down and say “this is what I’ve got with my technique, if I want to play longer for England how do I have to improve?”

‘It’s in his hands, still. He’s definitely going to bat again unless something extraordinary happens in this Test match. If he makes a hundred in the second innings then he gets to play some more games.’