Megan Marx and Tiffany Scanlon shocked fans of The Bachelor Australia when they found love with each other on the show.

And, it appears it could be a little bit of history repeating itself after two women on the Vietnam version of the show professed their love for each other.

Reported by Pedestrian TV on Sunday, two female contestants Minh Thu and Truc Nhu made a dramatic exit when they revealed their feelings for each other.

‘Come home with me!’ The Bachelor Vietnam star Minh Thu (above) declares her love for a woman, Truc Nhu, during VERY awkward rose ceremony… after lesbian romance on Australian version

Showing a little more drama than the Honey Badger’s season, the shock lesbian romance was revealed after Thu realised she wasn’t getting a rose.

In edge of your seat drama, Thu confessed to her handsome Bachelor: ‘I want into this competition to find love ad I’ve found that for myself.’

Dropping the bombshell, however, Thu went on to say that it was with somebody else, with the scene climaxing in her walking over to contestant Nhu. 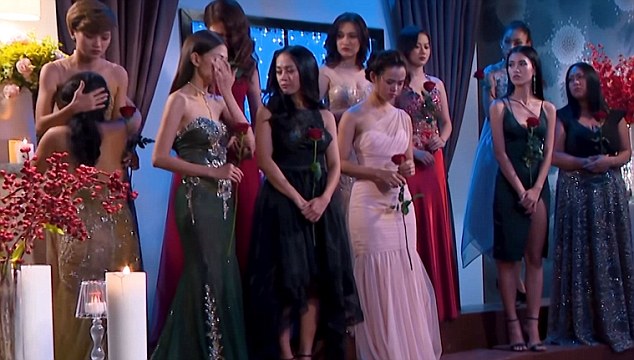 Intense: In dramatic scenes, Minh Thu announced she had found love on the show, only to walk over to fellow contestant Truc Nhu (far left) and hug her before revealing her feelings

Tearfully embracing her, Thu told the Vietnamese beauty to ‘come home with me,’ with the pair embracing each other, appearing to show the feeling were shared.

The drama, however,didn’t stop there with the new romance then spectacularly flamed out after Nhu then had a heart-to-heart with Bachelor Trung.

‘After talking to Trung, I’ve changed my mind to accept this rose and continue this journey,’ she said, shocking viewers yet again with her change of mind. 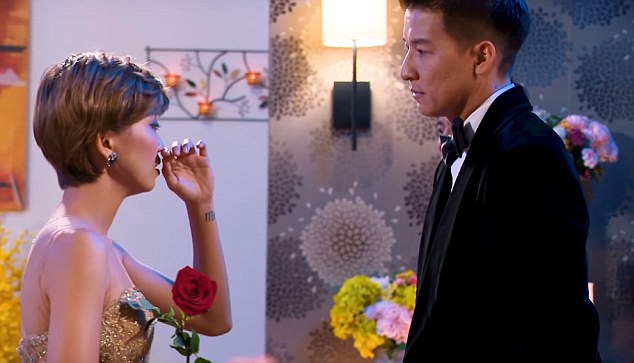 Emotional: Stylish Truc Nhu then walked over to The Bachelor Trung (above) to tell him that he couldn’t accept a rose, and she would instead pursue a relationship with her co-star Minh

Australian viewers the drama might be tinged with Déjà vu, with two blonde bombshells Megan Marx and Tiffany Scanlon got together in 2016.

Despite it not being on the show, the pair took to their popular social media accounts to let fans know they had found love together in October.

Taking to Instagram at the time, Megan revealed the pair had fallen in love while filming the show, with them knowing it was right from the first meeting. 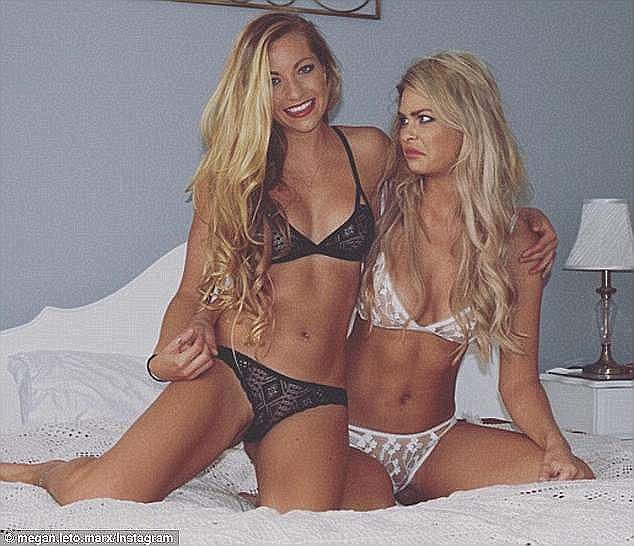 Similar: Bachelor fans might remember something similar unfolding on their screens, after Bachelor contestants Tiffany Scanlon (left) and Megan Marx announced they have found love

‘From that first cocktail party, it was like this instant calibration between souls, as if we had known each other once before,’ Megan wrote.

Adding to the emotional, Tiffany called Megan her most ‘favourite person in the world,’ adding that it felt like ‘destiny’ when they got together.

In a shock twist, the winner of Richie Strahan’s season Alex Nation, went on to become engaged to women’s AFL player, Maegan Luxa. 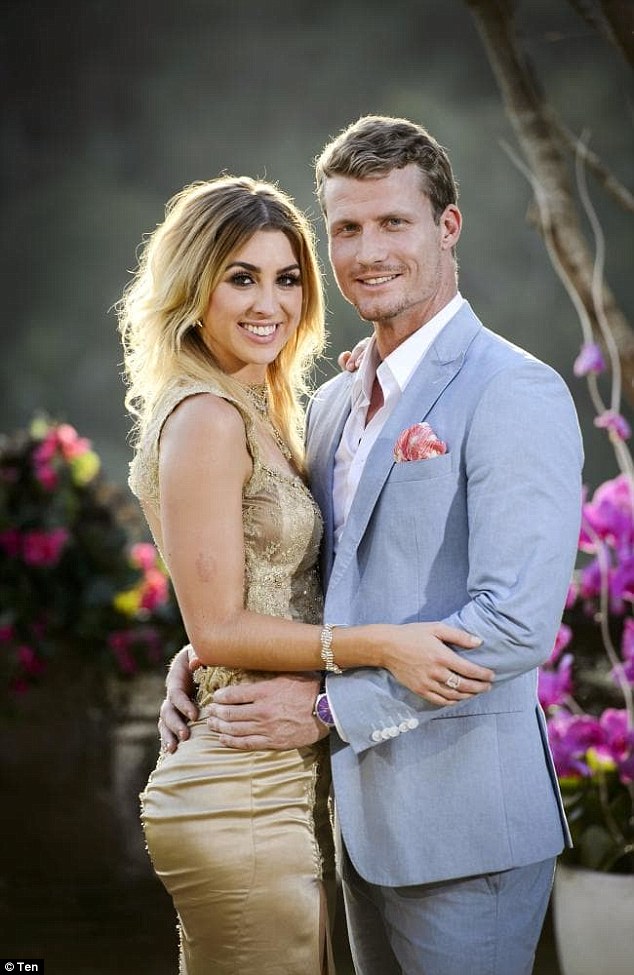 Shock twist! In a second shock for that season, Bachelor winner Alex Nation (above, pictured here with Richie Strahan) entered a high-profile lesbian relationship after the pair split