The bubbly blonde’s overly-emotional exit from The Bachelor on Thursday night led fans to speculate the star was intoxicated.

And now Shannon Braff has addressed rumours she was drunk at the time she was escorted from the mansion’s rose ceremony by suitor Nick Cummins.

During an interview with News.com.au, the booted star, 25, claimed it was ‘hard to watch’ her on-screen outburst.

‘I’m a grown woman, I’ll have a champagne at my own will’: The Bachelor’s Shannon addresses rumours she was drunk during her last rose ceremony and reveals the truth behind her embarrassing exit

‘It was hard to watch — I found it very difficult, those emotions are pretty raw,’ she said of the teary conversation she shared with Nick.

Shannon also hit back at suggestions she was drunk during her elimination.

‘I’m a grown woman, I’ll have a champagne at my own will,’ she said of the speculated, denying the rumours had anything truth to them. 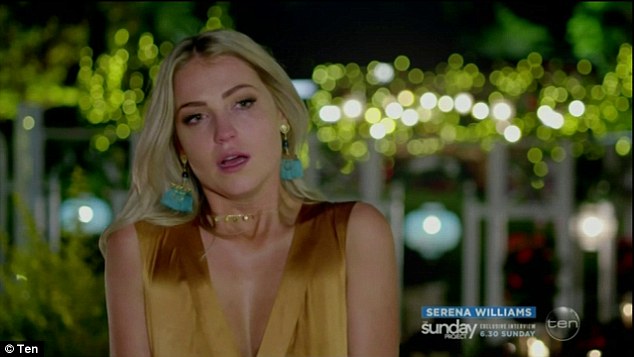 ‘It was hard to watch’: The booted star, 25, claimed she found it difficult to see her  tearful on-screen outburst on national TV 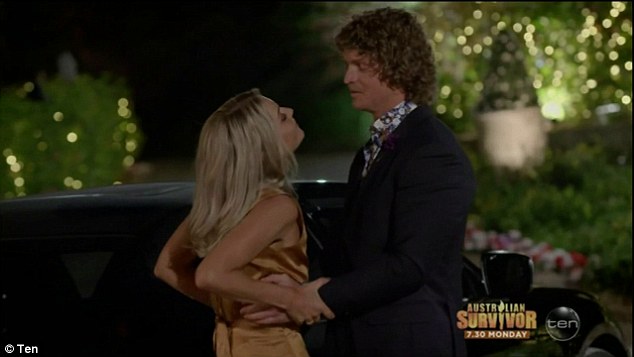 ‘We would have made a great couple!’ After failing to receive a rose from Nick, the car care consultant gave a rambling speech to the rugby star, which caused many on Twitter to wonder whether she was intoxicated

After failing to receive a rose from Nick, the car care consultant gave a rambling speech to the rugby star, which caused many on Twitter to wonder whether she was intoxicated.

Rather than leave The Bachelor mansion quietly, Shannon chose to tell Nick that she believed he had made a mistake by sending her home: ‘We would have made a great couple!’

‘You haven’t got to know me. I was hanging onto sh*t, man,’ she told him, as he loitered around the awaiting vehicle to farewell her.

Daily Mail Australia has reached out to Channel Ten for comment.

‘She’s not right’: Some speculated that Shannon may have been drinking before her dramatic exit from the show

Nick now has just six contestants left vying for his affection on the popular dating reality series in the lead up to the grand finale in October.

While Brittany Hockley has long been odds-favourite to ‘win’ Nick’s heart, recent speculation has suggested the rugby star has since split with his chosen lady.

The Bachelor returns on Wednesday from 7.30pm on Ten 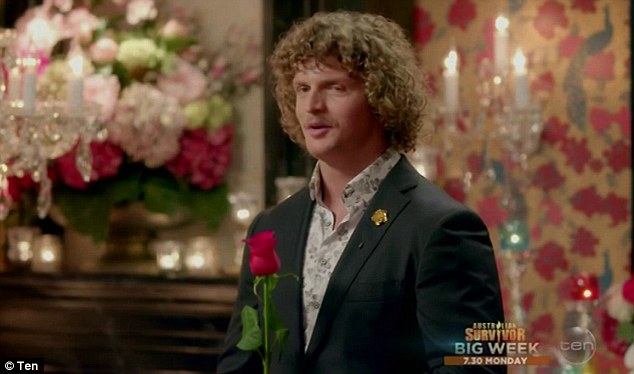 Tune in! The Bachelor continues on Wednesday at 7.30pm on Network Ten. Pictured: Nick ‘The Honey Badger’ Cummins