By Lela London For Mailonline

Your hotel room may look sparkly, but bacteria most definitely lurks.

For example, in a University of Houston study, researchers found that 81 per cent of surfaces in hotel rooms contain germs and harmful bacteria.

The good news? CleanseBot, a travel-sized cleaning robot created to disinfect your hotel room, is here to help.

CleanseBot is a travel-sized cleaning robot that has 18 sensors and UV-C lamps designed to blast away 99.99 per cent of germs and bacteria on any surface

With no need for harsh chemicals or manual labour, the automated smart robot emits UV-C light to sanitize and disinfect the surface of your choice.

A ‘marvel of engineering and design’, the CleanseBot weighs just 220 grams – less than half a pound – and kills 99.99 per cent of bacteria, germs, and dust mites, it’s claimed.

It can be handheld for the sanitizing of pillow cases, toilet seats, light switches, bathroom fixtures, TV remotes, mobile phones, keyboards and more. And it even has an ‘under blanket’ mode where it guides itself between the sheets.

Its team tested the CleanseBot on more than 40 different types of materials for sheets, blankets and beds in order to create 18 bespoke AI sensors.

In Under Blanket Mode, these sensors are most important – they help the robot push through heavy sheets and prevent it from falling off the bed. 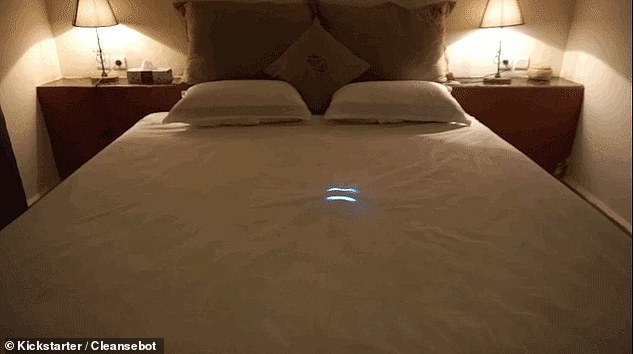 The automated smart robot emits UV-C light to sanitize and disinfect the chosen surface. It even has an ‘under blanket’ mode, so users can clean the bed sheets before jumping in 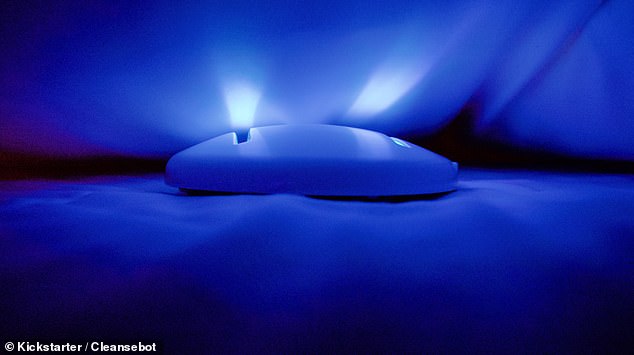 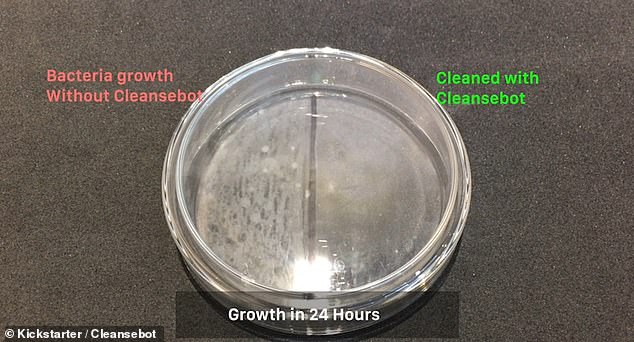 The CleanseBot utilizes its top and bottom UV-C lights between the sheets, but the top lights switch off when a handle is attached to protect eyes in ‘handheld’ mode.

Its third and final mode allows users to deploy the robot as a handy power bank.

The maker – U.S-based Ventur Studio – says it can sanitize and disinfect six times on just one full four-hour charge and that it takes between 30 and 60 minutes to clean effectively.

Free global shipping applies to all purchases and units are expected to ship in April 2019. 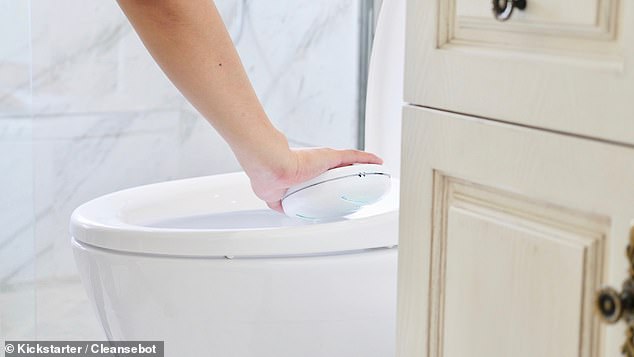