‘The BBC has to be protected’: Helen Mirren slams politicians for ‘attacking’ the corporation

‘The BBC has to be protected’: Helen Mirren slams ‘beady-eyed politicians’ for ‘attacking’ the corporation after Nadine Dorries signalled TV licence fee could be scrapped in 2027


Dame Helen Mirren says the BBC must be ‘protected’ at all costs as she slammed ‘beady eyed politicians’ for ‘attacking’ the corporation over TV licence fees.

The 76-year-old actress called the broadcasting organisation an ‘amazing thing’ and said she ‘strongly believes’ it must be safeguarded amid uncertainty over its funding in the future.

This comes one month after Culture Secretary Nadine Dorries signalled the BBC licence fee will be scrapped after 2027 as part of the Prime Minister’s policy blitz dubbed Operation Red Meat that aims to deflect from the recent Partygate row.

Fury: Dame Helen Mirren says the BBC must be ‘protected’ at all costs as she slammed ‘beady eyed politicians’ for ‘attacking’ the corporation over TV licence fees (pictured July 2021)

The Queen actress told Radio Times: ‘I strongly believe that the BBC has to be protected… It’s such an amazing thing, especially when you live in a country, like I do in America a lot of the time, which doesn’t have anything like the BBC.’

‘Well, it has PBS, which is full of BBC programmes, but that just scrapes along with a lot of investment by very kind wealthy people.

‘It would be terrible if that were to become the fate of the BBC. It’s a fine, fine institution. It’s so interesting.’

Helen – whose latest project sees her play Dorothy Bunton in The Duke- went onto hit out at ‘beady-eyed politicians’ for ‘attacking’ the organisation.

She said: ‘It’s so interesting that as politicians find themselves teetering on the pinnacle of their ambition, they all turn their beady eyes on the BBC because the BBC is turning its beady eyes on them. And they can’t stand it, one after the other, they attack the BBC – and that is exactly why we need the BBC.’ 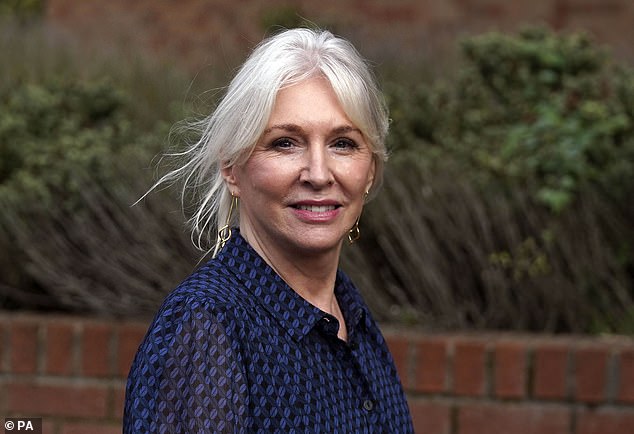 Licence fee row: This comes one month after Culture Secretary Nadine Dorries (pictured) signalled the BBC licence fee will be scrapped after 2027 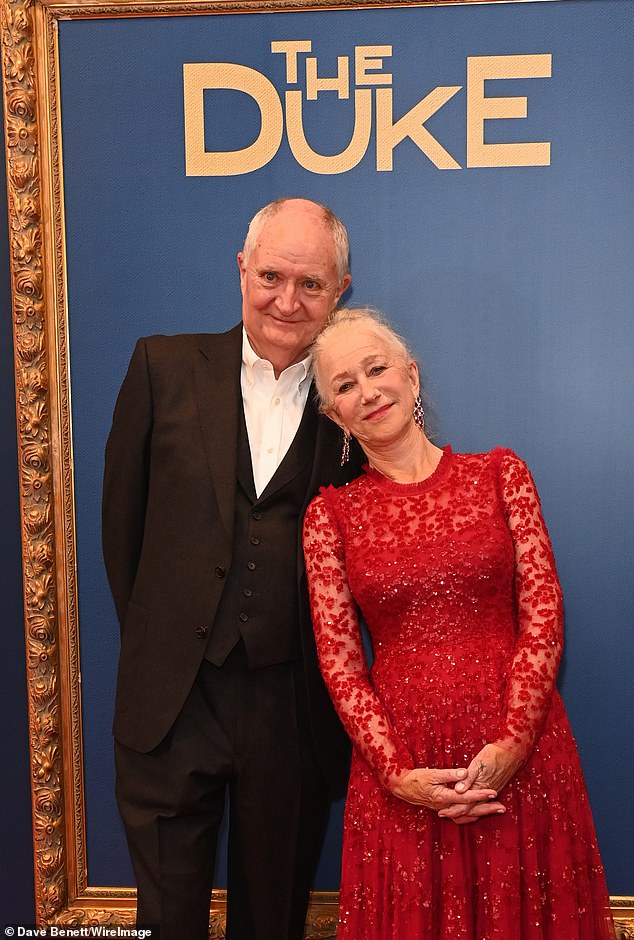 Latest role: The 76-year-old actress called the broadcasting organisation an ‘amazing thing’ and said she ‘strongly believes’ it must be safeguarded amid uncertainty over its funding in the future – pictured with The Duke co-star Jim Broadbent last week)

In biopic The Duke, the actress stars alongside fellow Oscar winner Jim Broadbent, who takes on the leading role of Kempton Bunton, a man accused of stealing the famous Duke of Wellington portrait from the National Gallery in the 1960s.

Jim. 72, also spoke out about the BBC, claiming that if his character were alive today he would be ‘fighting to save’ the broadcaster.

He said: ‘If Kempton was around now, he would be fighting to save the BBC; he’d be on the side of the BBC, against the government.’

Last month, Dorries indicated that she wants to put in place a new funding model for the broadcaster when the current licence fee deal expires in five years’ time. 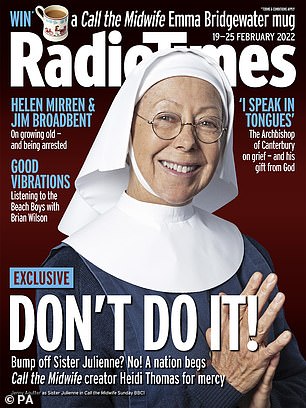 The Cabinet minister has hit the Corporation with a two-year licence fee freeze and her allies have warned ‘the days of state-run television are over’, as tensions between the Government and the BBC continue to rise.

Tense negotiations between the Government and the BBC over the cost of the annual fee until the end of 2027 concluded, with Dorries deciding to hold the licence at £159 for the next two years.

Officials calculate that – due to inflation currently running at 5.1 per cent – the Corporation will have to find savings of more than £2billion over the next six years.

The licence fee currently earns the corporation £3.2billion a year.

The full interview with Helen Mirren can be found in this week’s issue of Radio Times. 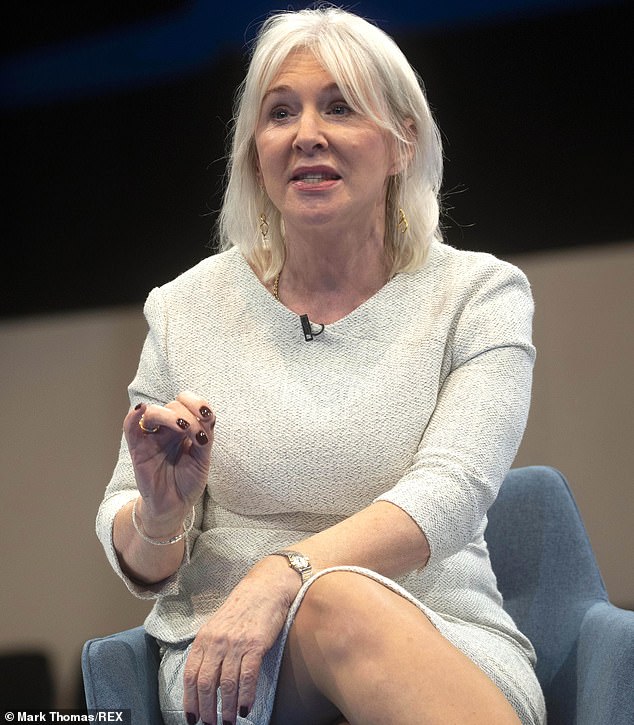 Fee: Dorries’ decision to freeze the BBC’s £159 annual licence fee for two years comes after a series of fraught meetings with Director-General Tim Davie and other executives