An Inspector Calls: The Bedford Swan is the town’s ‘premier hotel’ – or so the website declares. This is not great news for Bedford

The Bedford Swan is the town’s ‘premier hotel’ -or so the website says.

Which is not great news for Bedford. But it is in a prime position overlooking the Great Ouse river.

And if someone could just open all the windows for five minutes and blow out the stale, staid air and replace it with something fresh and invigorating, then this former 18th-century coaching inn could become something of a destination hotel rather than, as I suspect, a place to stay en route to somewhere else. 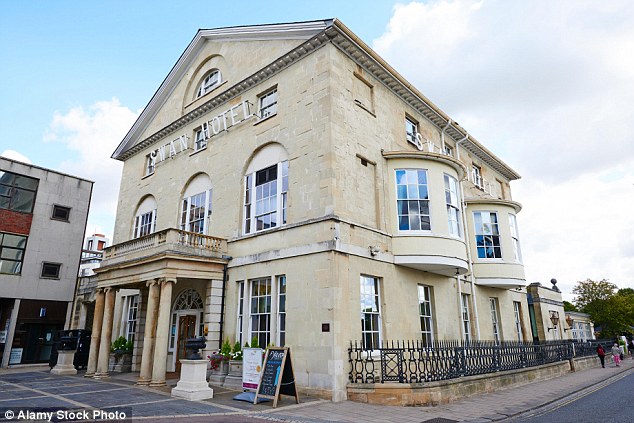 Prestigious: The Bedford Swan is the town’s ‘premier hotel’ — or so the website says

We were running late — too late to meet the 9pm cut-off for dinner, but were told on the telephone that we could order room service.

We could have done with some help with our bags on a bleak Sunday night, but no one offered.

We could also have done with better signage as we roamed along various narrow corridors in search of our tiny, standard room.

My wife took against it straight away, despite accepting that it had benefited from a recent refurb.

She thought it poky, corporate. I acted for the defence, but ran out of evidence on seeing the depressing bathroom.

I called the restaurant and ordered two Caesar salads and a bottle of sparkling water (Dry January), only to be told that the 24-hour room service menu is not in operation on Sunday evenings, even though the menu says it’s available seven days a week.

‘So what’s our choice?’ I asked. ‘Sandwiches or deep crust pizza.’ 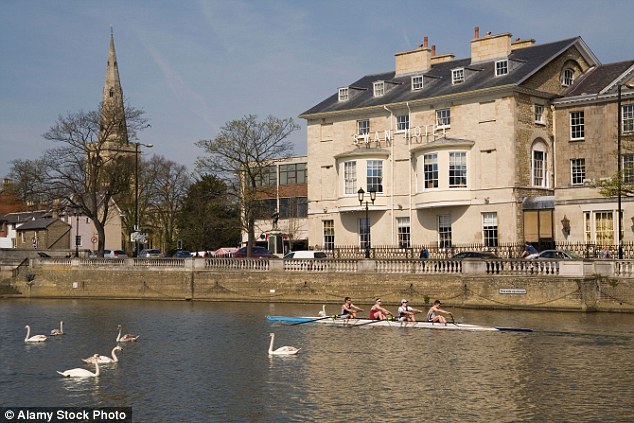 Picturesque setting: The hotel is located in a prime position overlooking the Great Ouse

We opted for the latter. Nothing arrived for 40 minutes. Then, just as I was about to call down and get shirty, there was a knock on the door.

‘I was beginning to give up on you,’ I said.

‘Sorry. The hotel porter had to make this.’ Actually, he didn’t do a bad job and we slept soundly.

The old part of the building was attractive, albeit musty, and the breakfast buffet was generous. As we left, the spa was in operation and locals were popping in for coffee.

A family of swans was going about its day on the river and the hotel’s winter skating rink was opening.

Perhaps we caught The Swan on a bad night and we certainly should have pushed for a room at the front by the river rather than at the back above the car park.

Travel Facts: Book your own stay at the hotel