The Best Games to Get Your Brain Working

Just like our bodies, our brains need exercise. Thankfully, exercising our brains is a little easier than preparing for a marathon! In fact, exercising your brain can even be fun. If you want to keep your brain in tip-top shape, then these games will help you give it a proper workout.

Poker is a brilliant game to get your grey matter working. The rules are easy enough to pick up quickly, but there’s enough strategy to keep a player going for a lifetime. 888 casino is a good place for beginner poker players to start learning, as there are a simple user interface and stakes starting from $0.50.

For those who want to take their time and properly understand the mechanics of the game before staking any money, it’s possible to play free online too. That way you can work out your strategies, find your favorite style of poker, and feel confident before playing with the professionals.

Poker is great for our brains because it requires us to think and act quickly. This process could strengthen neural connections that will be useful in other problem-solving scenarios.

Poker isn’t the only casino game that can boost our brain function. Blackjack can help with mental arithmetic, while other games can improve your short-term memory. Once you start looking at games from this point of view, you’ll find that many target different areas of the brain. 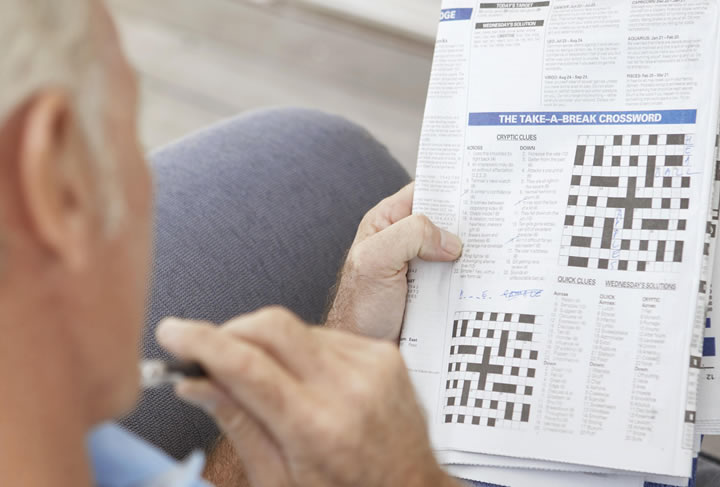 Caption: Crosswords are a great way to exercise your brain, but they don’t work very well with the Japanese language, hence the popularity of Sudoku

Although we think of Sudoku as a Japanese game, it was actually invented in the 18th century by a Swiss mathematician. However, it’s the Japanese that we must thank for popularizing the game in the early 1980s. This likely happened because the Japanese experience long commutes and wanted something to entertain them. The Japanese language isn’t well suited to crosswords and so Sudoku experienced a rebrand and it has never been more popular.

Sudoku involves placing numbers into a grid, ensuring that no numbers are repeated in a square, row, or column. The rules are simple, but the game can be fiendishly difficult. Playing games like sudoku doesn’t necessarily improve our mathematical ability, as there’s no adding or subtracting to be done.

However, Sudoku helps with our problem-solving abilities and our short-term memory. Looking for patterns, remembering square locations, and being sure we don’t enter the wrong numbers are all skills that will keep our brains running smoothly.

Learning a new language is a well-known way to reduce the effects of premature brain ageing. One of the best ways to fight the effects of dementia is by creating new synapses in the brain. A synapse is simply a neural connection.

Neural connections grow stronger when learning a new skill. A language is an excellent skill to choose as we think in language, meaning that the unfamiliar words we learn will form lots of these new neural connections within the brain.

There are plenty of language learning games to choose from, with Babbel and Duolingo being the most popular. Both offer a wide range of language-based games to play, which besides being quick to run through and great fun, support a natural approach to learning.

All the games mimic how we learn a language in the real world, matching objects to words and gradually building vocabulary through speaking, listening, and reading. You can set yourself time targets and watch as you progress into the bilingual being that you’ve always wanted to be!

If you aren’t sure which area of your brain you want to give a workout to, then why not let your game decide for you. Lumosity is a brain training app that will help you work on the areas of your brain that need a little extra boost.

You’ll be invited to play a selection of games initially, which will help the app determine where your strengths and weaknesses lie. After these initial games, a personalized brain training plan will be made for you.

Lumosity is brilliant for those who aren’t sure where to start, or sometimes lack motivation. The competitive amongst us will enjoy seeing how they stack up against the general population, whilst those happy with themselves as competition will see a graph of their progress right from day one. If you’re after an all-around workout, then a brain training game should be your weapon of choice.