Sheldon Cooper and new bride Amy Fowler embarked on their honeymoon during the premiere on Monday of the 12th and final season of The Big Bang Theory.

‘Good morning, wife,’ Sheldon, played by Jim Parsons, told Amy [Mayim Bialik] as the episode opened with them in bed.

Sheldon then suggested they hang their bed sheets outside so ‘the villagers can see we’ve consummated’.

Newly married: Sheldon Cooper and Amy Fowler went on their honeymoon during the premiere on Monday of the 12th and final season of The Big Bang Theory

Amy noted that would be awkward as they were honeymooning at Legoland.

Sheldon and Amy then moved their honeymoon to New York City were they planned to see a Harry Potter play, go on a Nikola Tesla tour and ‘coitus’.

Amy was shocked when Sheldon wanted to have sex again. 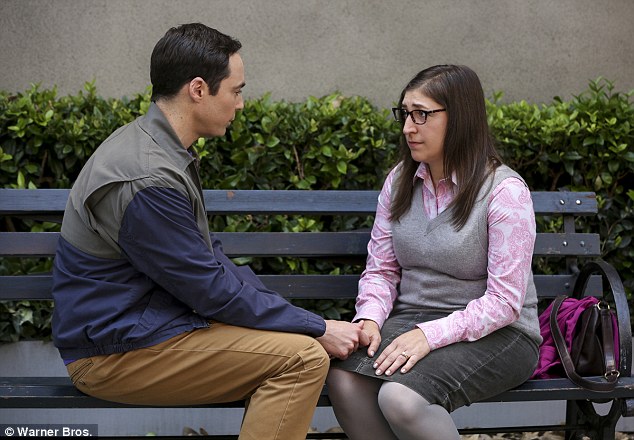 He later told Amy that their next scheduled sex session wasn’t until Thursday.

‘Do we really have to do this on a schedule?,’ Amy asked.

Sheldon was surprised that Amy expected ‘spontaneity’ in their marriage. 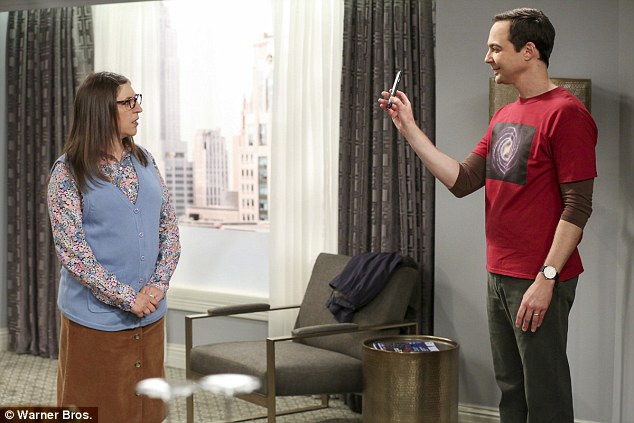 Sex schedule: Sheldon showed Amy his schedule that included sex sessions between them

‘Well, you don’t have to worry about sex tonight,’ Amy informed him.

Amy grew frustrated and walked away from Sheldon during the Tesla tour.

Sheldon chased her down and brought her two hot dogs from a street cart. 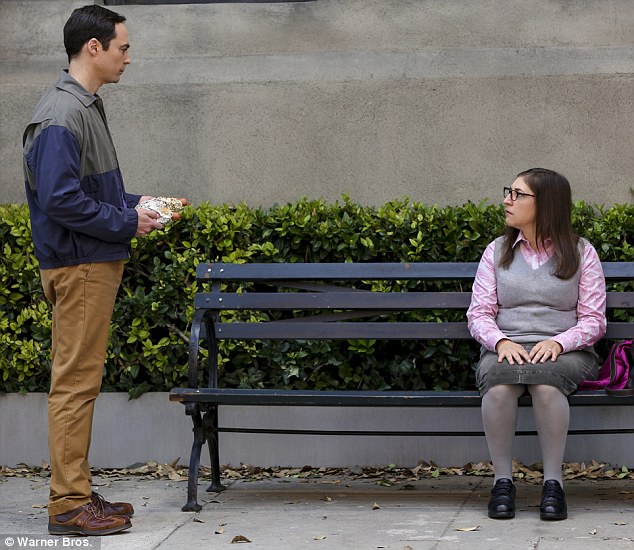 Food offerings: The theoretical physicist brought Amy two hot dogs as he explained himself to her

He explained that he wasn’t a ‘physical person’ and wanted to be a ‘brain in a jar’ when he was a boy.

‘But I want to be a good husband to you and intimacy is part of that,’ Sheldon told her.

He admitted that he worried if their sex wasn’t scheduled that she would seek solace with a ‘longshoreman’. 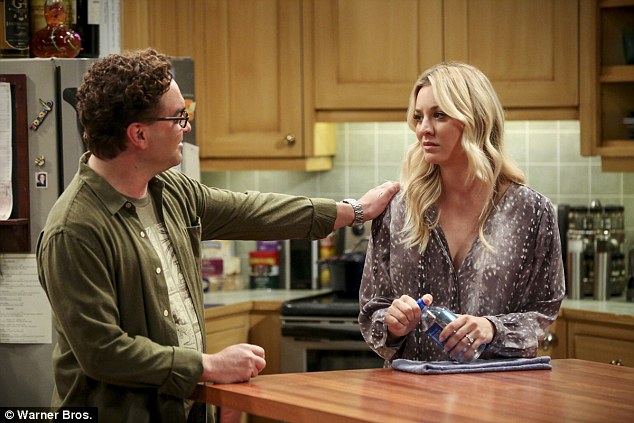 Opposites attract: Leonard and Penny found they were similar to Amy’s parents

‘I could never be with anybody but you,’ Amy told him.

She sought a compromise in which Sheldon would make a schedule but not tell her about it.

Sheldon said he’d devise an algorithm to make it seem random and Amy offered a scientific observation on his approach. 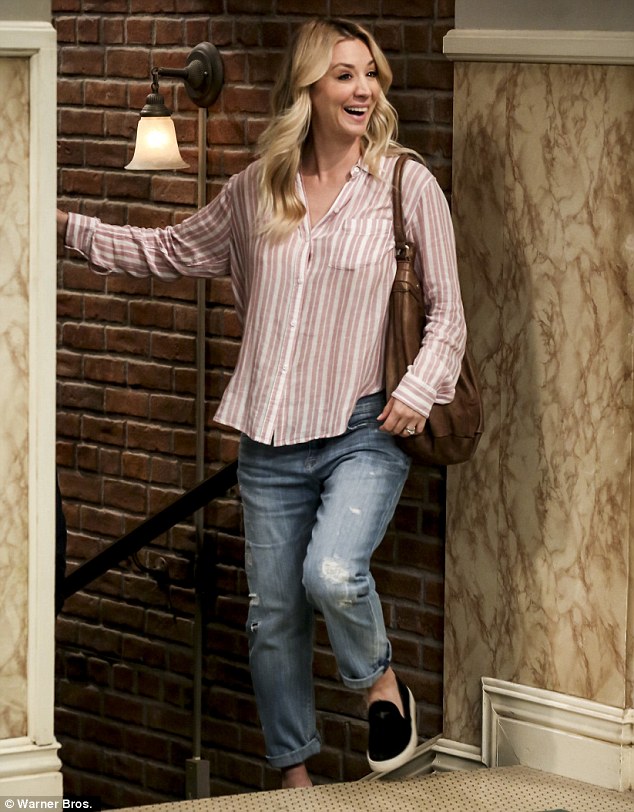 Popular show: Kaley Cuoco has been portraying Penny since the sitcom premiered in 2007

Amy’s father Larry was hiding from his overbearing wife, but she found him in the shower. Odd couple: Leonard and Penny helped Amy’s mother find her husband who was hiding from her

Larry wanted to stay while his wife was ready to leave.

Penny wondered what he ever saw in the ‘ballbuster’.

‘Are you saying we are like them?,’ Penny asked. 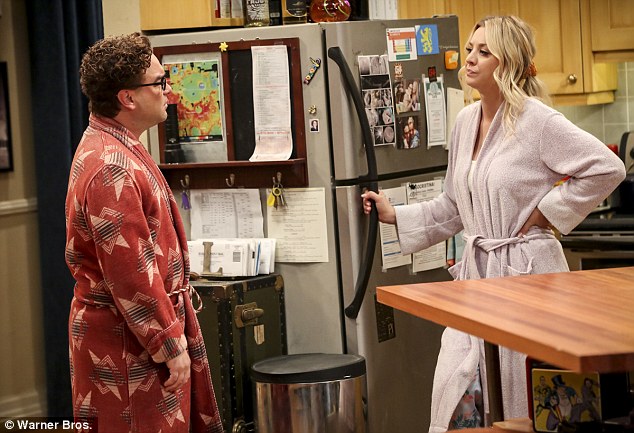 Strong similarities: Penny asked if she and Leonard were like Amy’s parents

‘So you’re the sweet, quiet one and I’m Amy’s mom? Is that what you’re saying?,’ Penny said.

Leonard responded with a shrug of the shoulders. 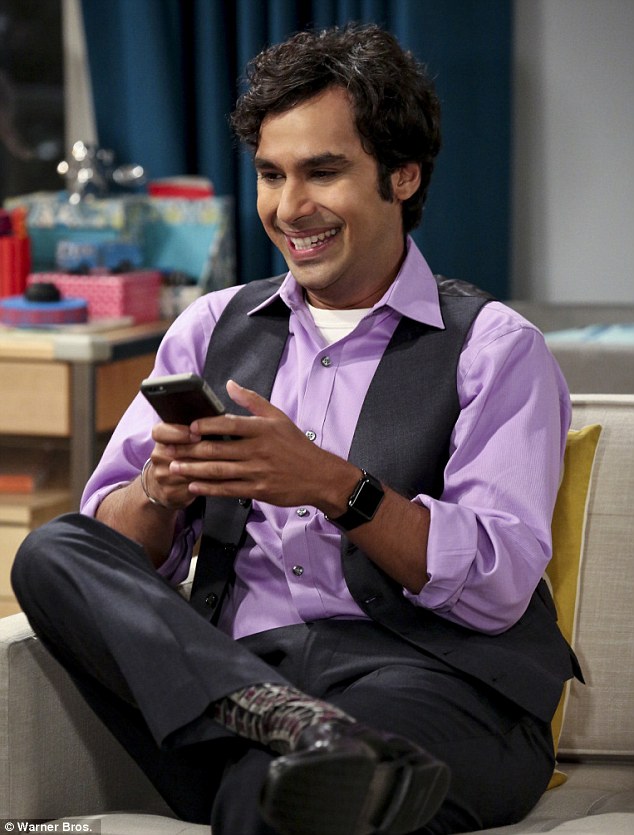 Neil ended up calling Raj and told him he wasn’t funny and invited him to a book signing next week in Pasadena.

‘Come by and say some of those things to my face,’ Neil said.

Raj declined and Neil reminded him ‘I kicked Pluto out of the solar system.’ 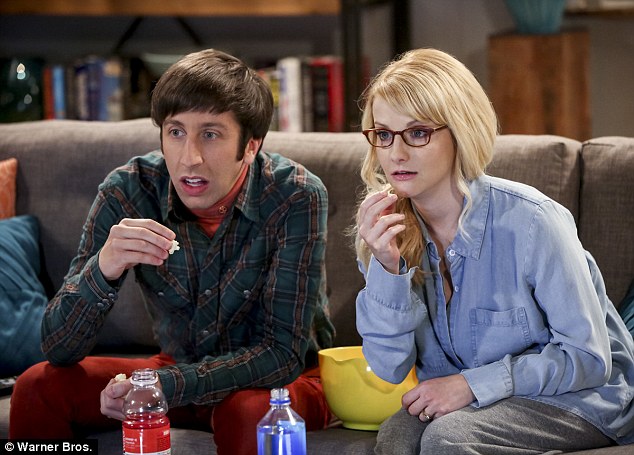 Captivating television: Howard and Bernadette watched as Raj took on Neil on TV Neil then looked for another ‘deGrasse kicking’ victim and called up Bill Nye the Science Guy, 62.

The Big Bang Theory will return to its usual time slot on Thursday on CBS with its second episode.

The sitcom premiered on CBS in September 2007 and its final 12th season will consist of 24 episodes. 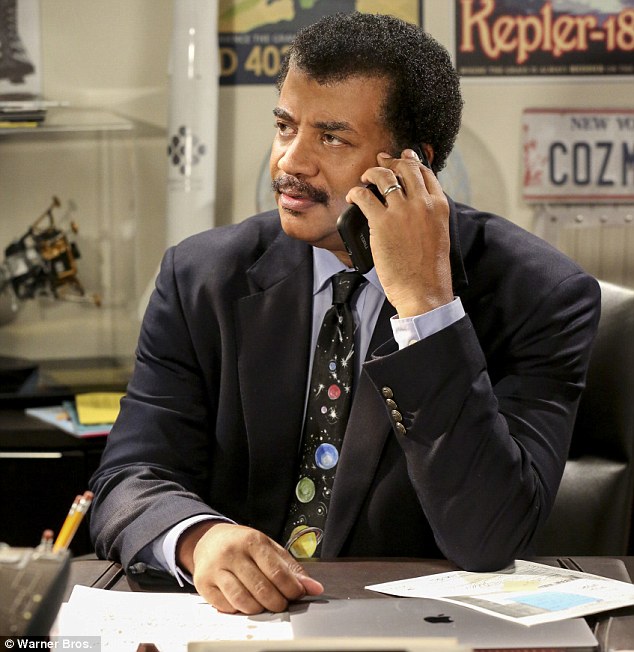 Science communicator: Neil challenged Raj to come to his book signing and say things to his face 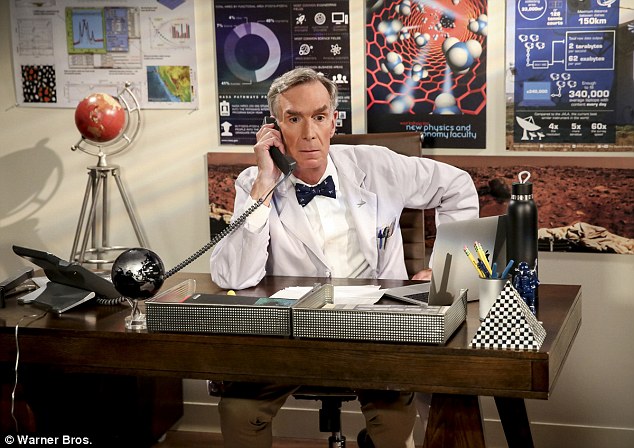 Next call: Bill Nye the Science Guy was next to get a ‘deGrasse kicking’ from Neil