A nice refreshing beer: The bizarre moment a man jumps off a bridge with a carton of tinnies as he delivers it to his mates on a boat

By Curtis Figon For The Daily Mail Australia

A man is giving alcohol suppliers a run for their money with a new delivery method.

The man, atop the Stirling Highway Bridge in Fremantle, Western Australia, jumped off with a carton of beers in his hand to provide his mates waiting in a boat below.

With the man attempting to hold tight to his carton of Emu Export and his friends in the boat edging him on, the beers were successfully delivered with a splash. 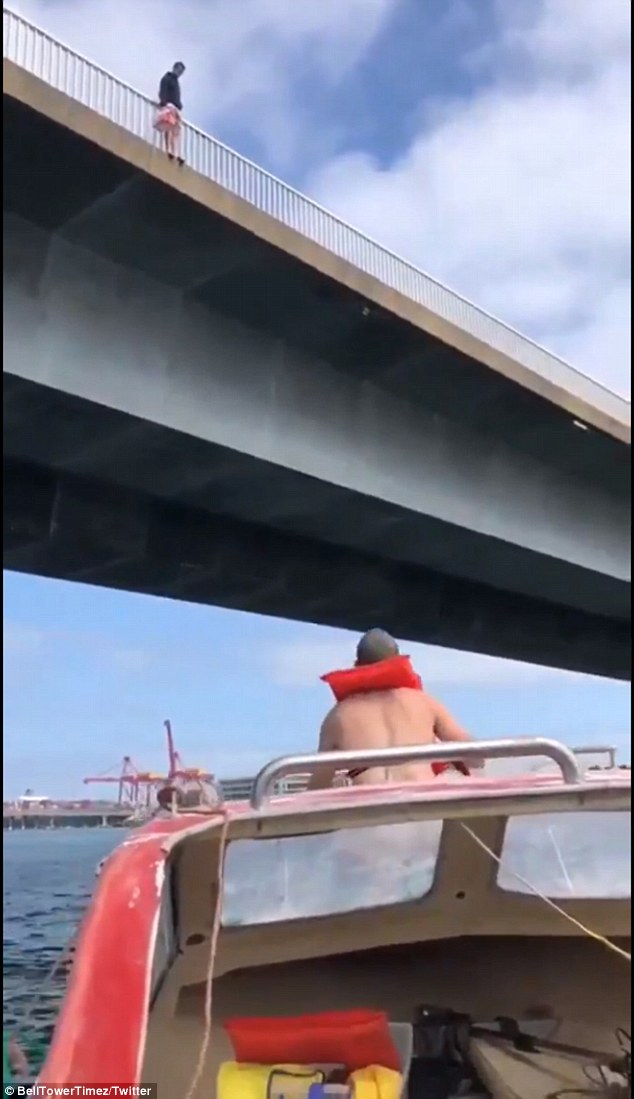 In what was supposed to be an innocent stunt from the group of friends, WA Police are taking the matter seriously.

This comes months after another Perth local jumped off a moving train across the Fremantle Railway Bridge into a river, almost colliding with a concrete pylon which could’ve proven deadly.

‘He endangered his own life (and) he set a very poor example for others.’

Though the leap seemed thoroughly enjoyed by those involved, police are making efforts in deterring people from attempting these leaps of faith after it occurred for the second time this year.

‘Members of the public who capture vision such as this are encouraged to take it to their local police station,’ a statement read.