The bizarre tropical island in Thailand that looks like a CHICKEN

An eggs-traordinary place! The bizarre tropical paradise island in Thailand that looks like a CHICKEN

Behold the island that never fails to beak the interest of holidaymakers – thanks to its spectacular chicken-shaped rock formation.

And its name? Chicken Island, naturally.

This eggs-traordinary tropical paradise, also known as Koh Kai, is in the Poda group of islands in the Thai province of Krabi, with the poultry-themed limestone rock formation located on its southern tip.

Peck-turesque: Chicken Island, also known as Koh Kai, is in the Thai province of Krabi

This feature isn’t the only part of the island that lures visitors, though. They also enjoy its tranquil beach.

And the coral reef that surrounds the island makes it popular with snorkellers.

Chicken Island is uninhabited and largely remains undeveloped. There is a small snack shack, though. For those feeling peckish. 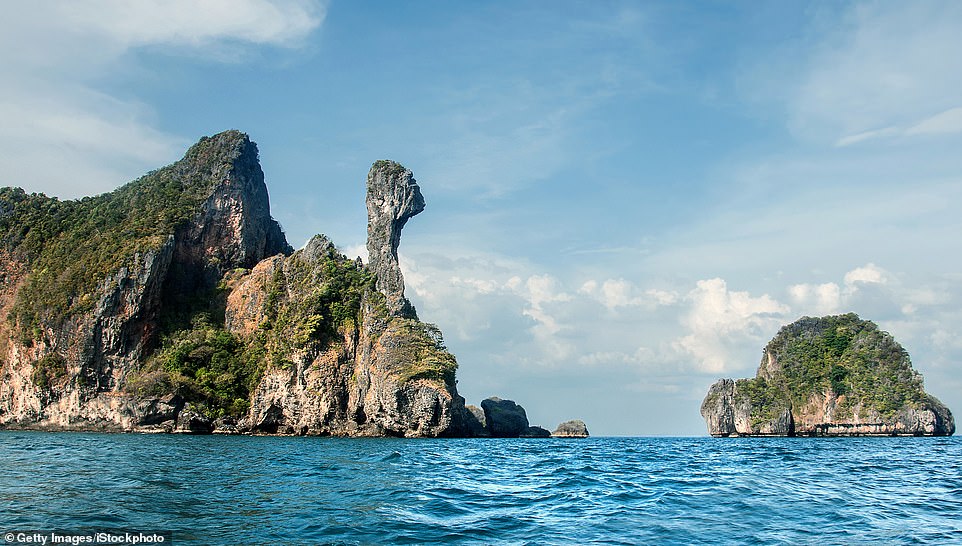 Beak-a-boo: Chicken Island is uninhabited and largely remains undeveloped. There is a small snack shack, though 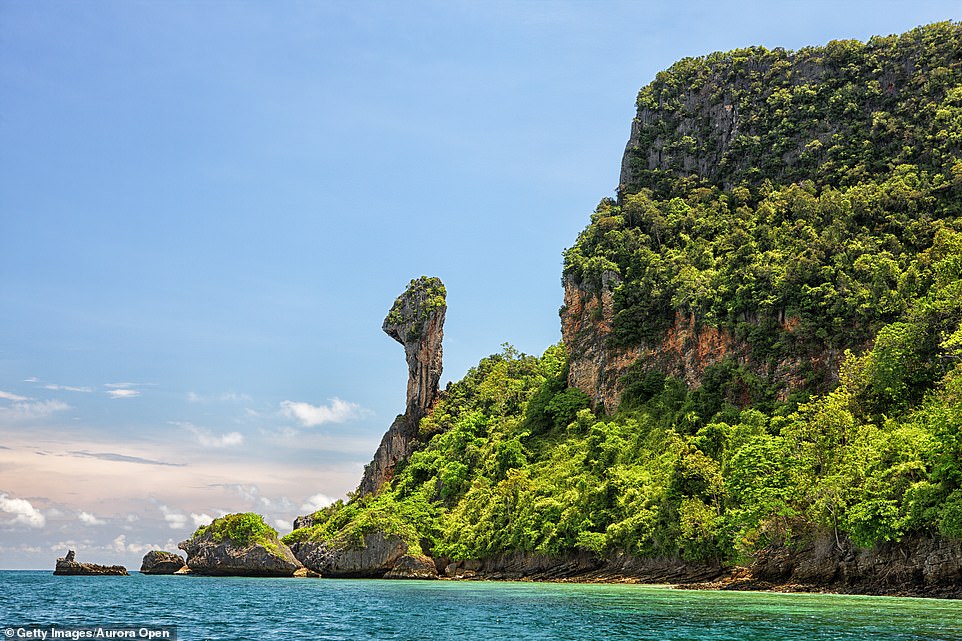 One Tripadvisor reviewer said that Chicken Island ‘really does look like a chicken’. Though another said it resembles a turkey more 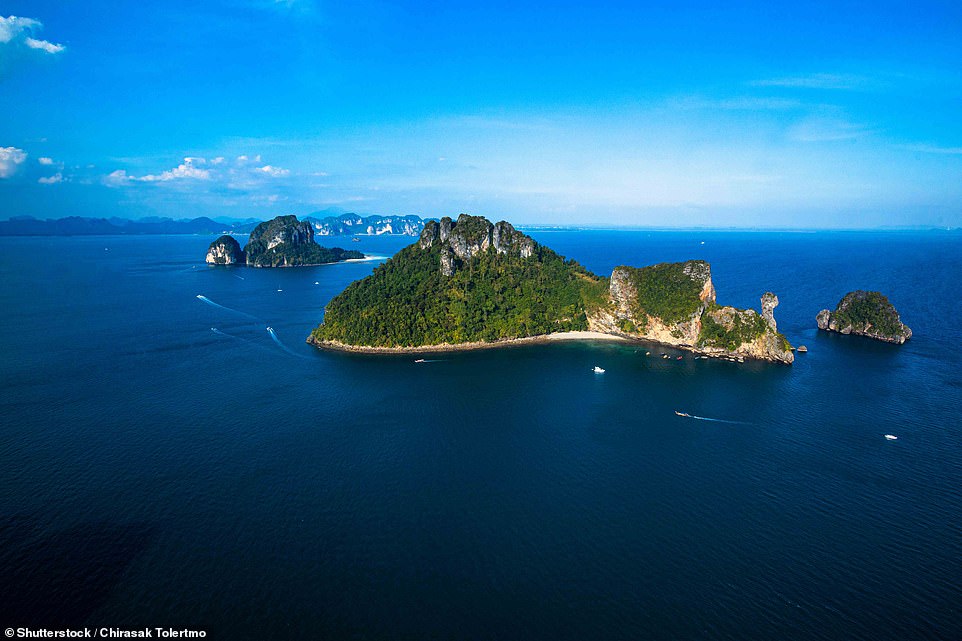 A bird’s eye view of Chicken Island, which can be reached by boats departing from Krabi

Visitors can chug past the island on tourist boats that depart from Krabi, 30 minutes away, while those that set foot on it at low tide can saunter across a sandbar to the neighbouring islands of Koh Mor on the left and Tup on the right.

Travellers are warned that visiting the island in the off-season can be dangerous due to rising tides and rough seas. 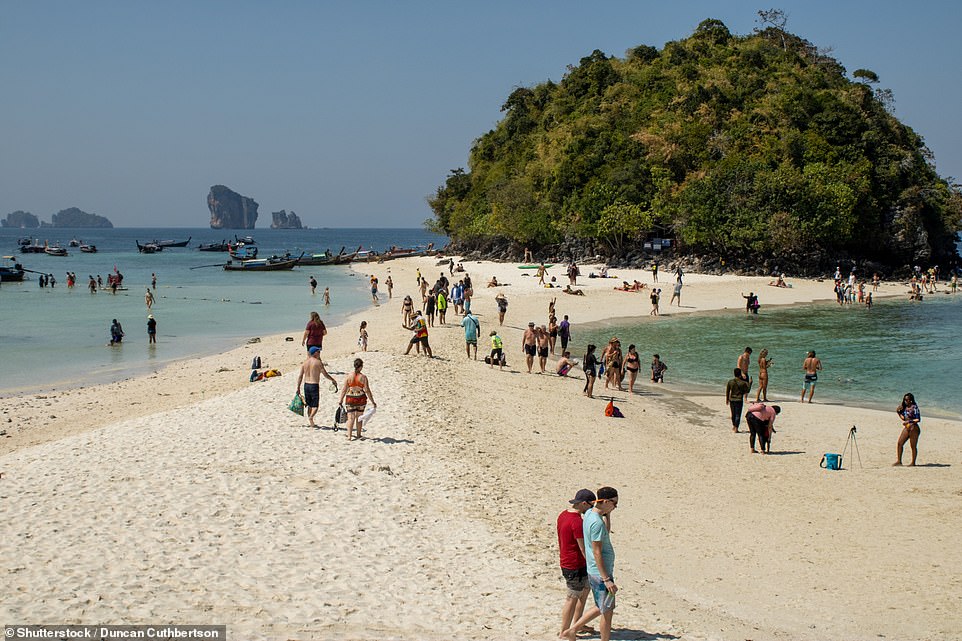 At low tide a sandbar emerges, allowing visitors to walk across to the nearby islands of Koh Mor and Tup 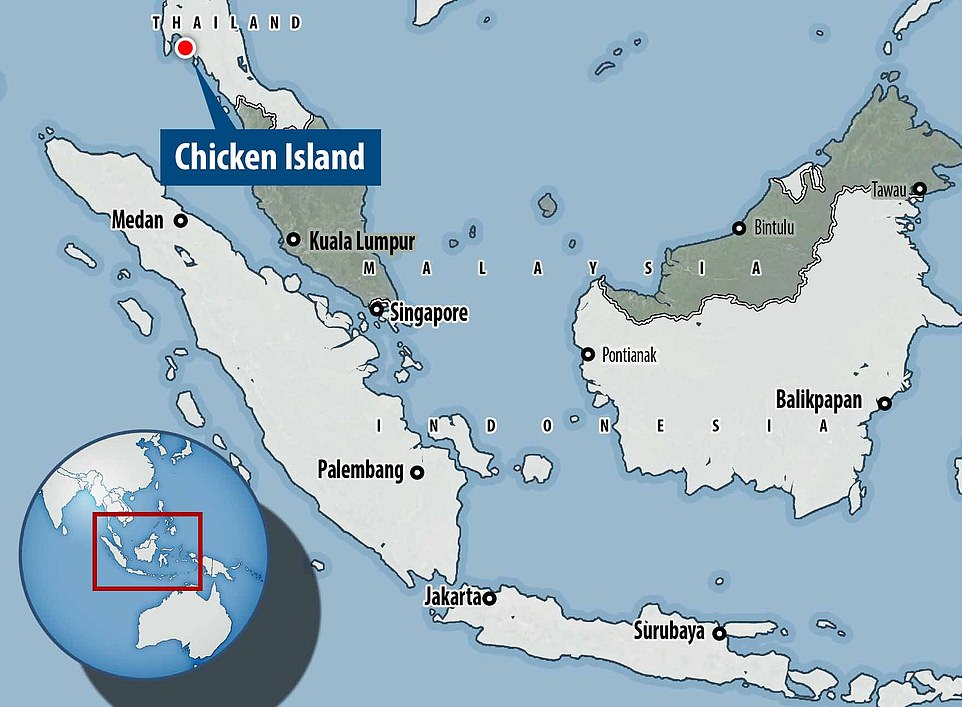 K&M wrote: ‘The rock formation does actually look like a chicken and it’s really cool.’

Dxbjamn said: ‘It’s stunning. Beautiful fish off the coast of the island which you can see when you snorkel in the beautiful clear blue water.’

However, Top King of Kings added: ‘Although I can see why it is called Chicken Island, in all honesty, it looks like a turkey.’

Chicken Island is temporarily closed, due to the coronavirus pandemic.