She hits the gym as part of her everyday routine.

And Elyse Knowles proudly displayed the rewards of her tough fitness labours on Monday by posing in a skimpy crop top and matching leggings on social media.

‘Feeling EMPOWERED behind the scenes on my recent campaign shoot for @vitaleveryday,’ Elyse penned in the caption.

Witness the fitness! The Block star Elyse Knowles exhibited her gym-honed figure in microscopic crop top on Instagram on Tuesday

The reality star went for a natural make-up look and she let her golden locks tumble down her shoulders.

Elyse has made no secret of her rigorous workout regimen in the past.

In March 2017, she told lifestyle publication Husskie: ‘I work on my body every day. Most days I am up at 5:15am, heading straight to a gym class to burn calories and pump some iron!’ 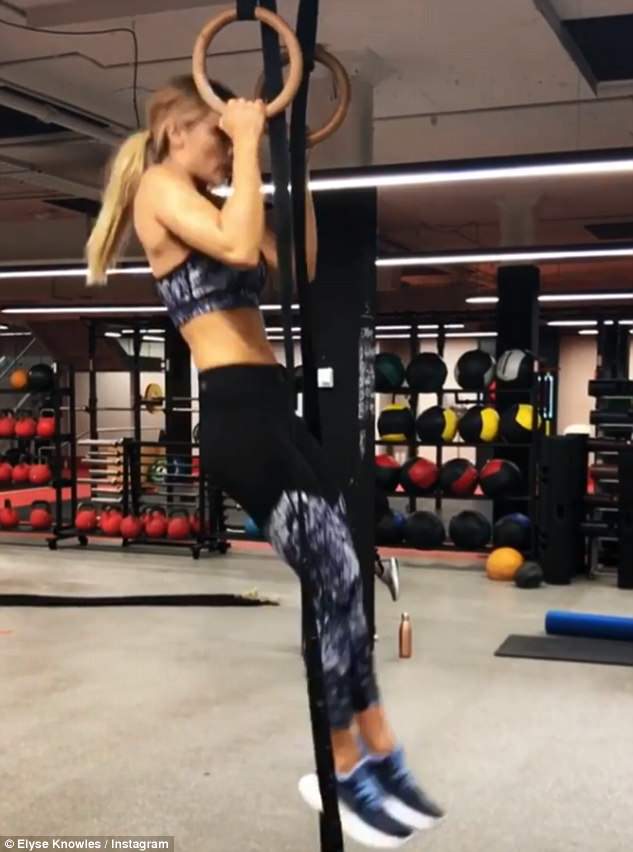 Fit and fabulous! Elyse slipped her gym-honed figure into fitted leggings, which featured an elasticated waistband to accentuate her minuscule waist 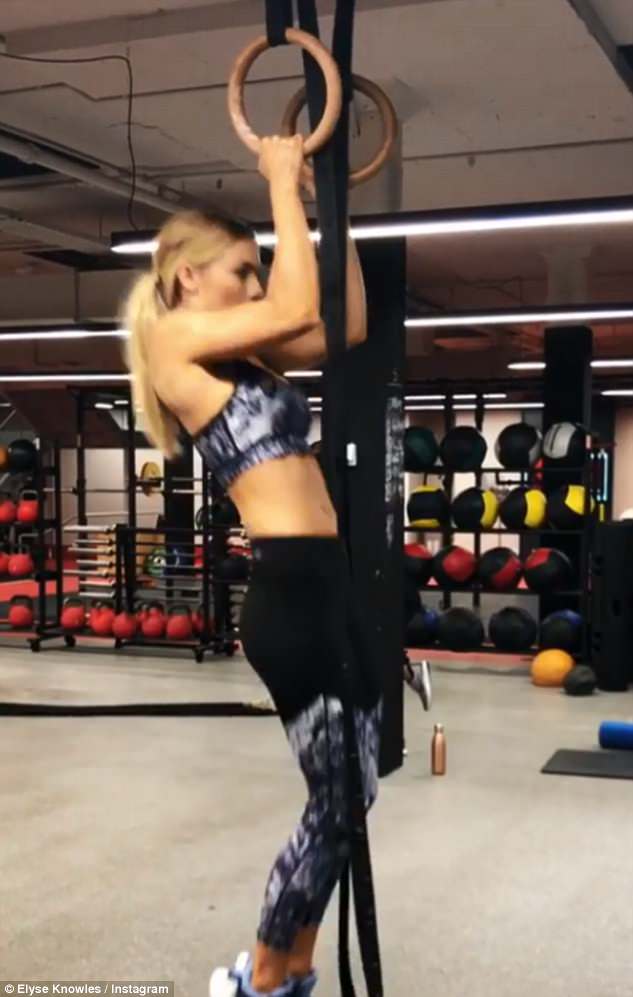 Abs-olutely amazing: The fitness guru shared how she stayed trim as she posted a brief clip from her exercise routine on her Instagram page

Elyse won last year’s The Block with her boyfriend Josh Barker after they competed against other couples to renovate houses and sell them for the highest price.

The smitten lovebirds have gone from strength to strength since they started dating five years ago.

Despite their loved-up appearances, Elyse confessed the reality television show really put their relationship to the test. 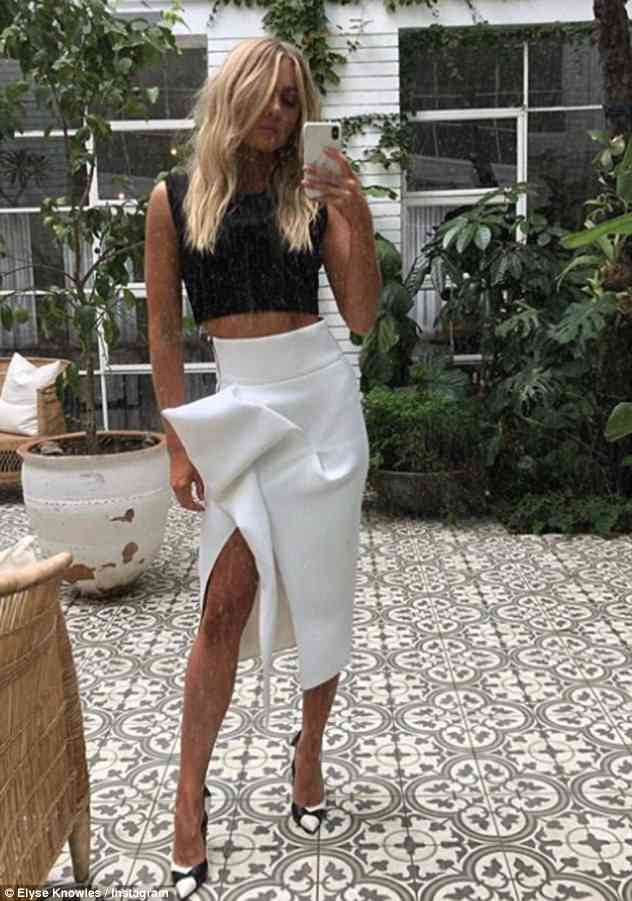 She’s a winner: Elyse won The Block with her boyfriend Josh Barker after they competed against other couples to renovate houses and sell them for the highest price

‘It is pretty hard. Obviously you need to do it with a partner you love and can take. It is a stress,’ she said on Today.

‘I think it is all about having a positive mind frame. If you get through things together as a couple, you are in it.’

Despite this, Elyse’s appearance on the show certainly helped her career, with the blonde recently scoring the coveted role of Myer ambassador. 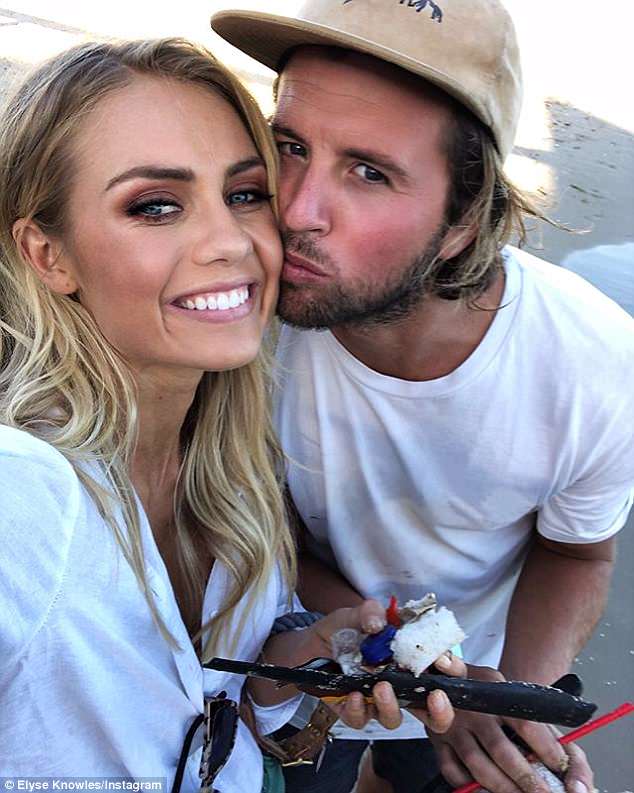 Adorable: The smitten lovebirds have gone from strength to strength since they started dating five years ago