All hell broke lose on Tuesday’s episode of The Block during a fiery meeting between the teams taking part on the show.

In a body corporate meeting set up by fellow contestant Jason, Ronnie and Georgia were accused of stealing their idea for their winning kids’ room.

The accusations reduced Georgia to tears and had her exploding in anger, calling Jason a ‘f**cking pr*ck’. 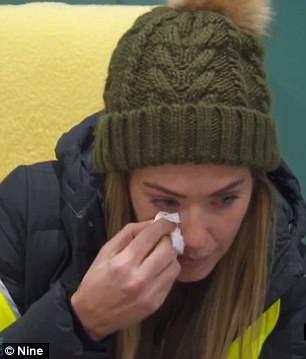 ‘What a f**cking pr*ck’: After being accused of cheating by Jason in Tuesday’s episode of The Block, Georgia (pictured) fired up at her fellow contestant, calling him a ‘d**khead’ after an emotionally-charged meeting

Claims about the young duo came thick and fast during the emotionally-charged meeting, with the other teams also taking issue with Ronnie and Georgia’s friends staying on-site to help with renovations, which Jason saw as unfair advantage.

Blockhead Josh also got in on the action and accused Georgia of stealing his Ipad, which was filled with his designs.

Getting riled up, Georgia saw the allegations as a personal attack on her and Ronnie, with no one sticking up for her. 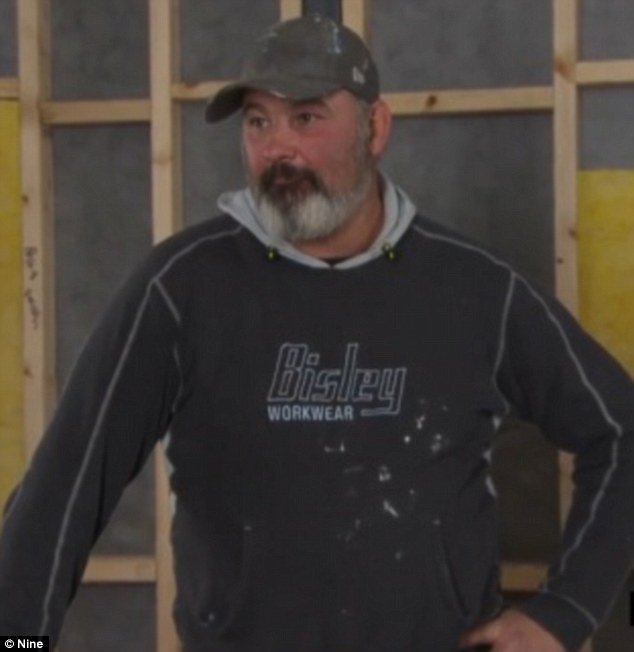 Raising concerns: Jason (pictured) accused Georgia and Ronnie of stealing their idea for their winning kids’ room, which left Georgia in tears 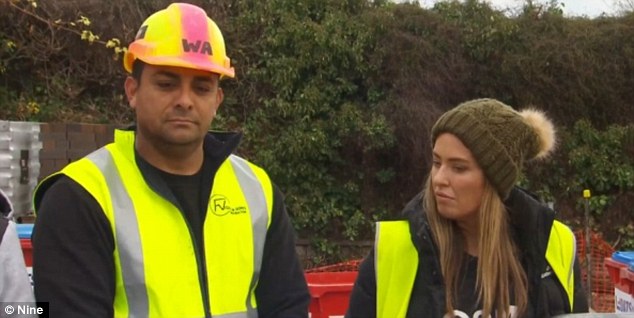 Unfair advantage?  Ronnie (left) and Georgia (right) also caused problems by letting their friends stay on site to help out with renovations

She stormed off and let fly with a few insults aimed at the instigator of the meeting, Jason.

As Ronnie comforted her, Georgia added: ‘What a f**cking pr*ck. This is bulls**t!’ 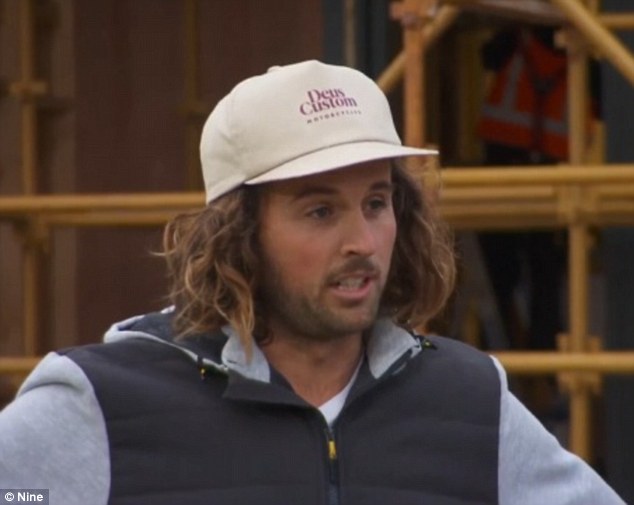 Despite Jason telling Georgia he found interior design images on the internet that ‘look extremely similar to the room you produced for your kids room’, Georgia fired back at the assertions.

‘I am highly passionate about that bedroom I did,’ she said.

‘I 150% did that whole room on my own. I did not have help from them and I take pride in my interior design abilities and I won’t let you say that they helped me on that

Fiery confrontation: During the meeting, Georgia vehemently denied they had cheated, saying ‘I 150% did that whole room on my own’