The Block’s Kyal and Kara Demmrich have welcomed the birth of their second child.

The couple shared the happy news in a heartfelt post shared to Instagram on Wednesday, which included first baby photos.

‘Our little girl is feeding well and healthy’: The Block’s Kyal and Kara Demmrich welcome the birth of their second child Vada Jane and share the first baby photo

They added: ‘We named her Vada Jane Demmrich. Big brother Ziya was running around the room saying ‘Sissi’. Clearly stoked with his little sister!’

In the snaps, Kara, 30, is seen cradling her sleepy-eyed bub while posing alongside her beaming husband Kyal, 30, and their 19-month-old son Ziya Christopher.

The couple, who have been married for nine years, made their TV debut in 2014 on season 8 of the Logie award-winning series. 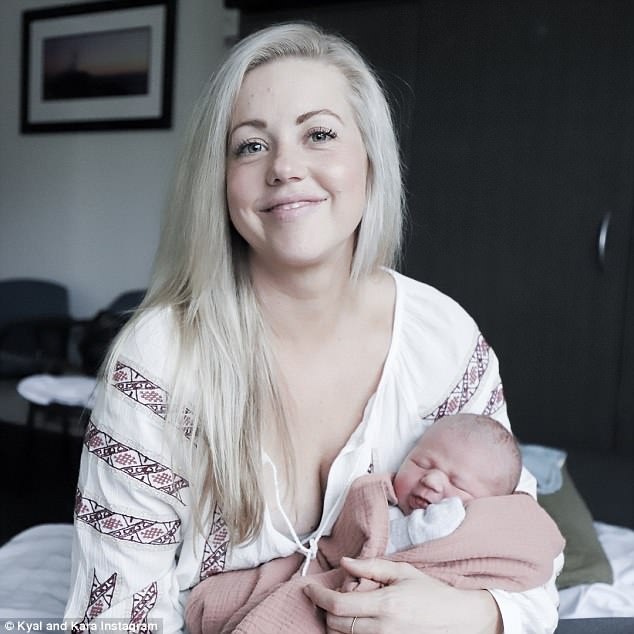 They finished at third place and have remained in the home renovation business since the show.

Kyal, who works as a carpenter, previously told Daily Mail Australia that he and Kara, 30, learned a great deal about themselves on the show.

‘Something we learned from The Block was that we work incredibly well together and we want to run our business like that. Kara is a perfectionist and a logical thinker,’ he said. 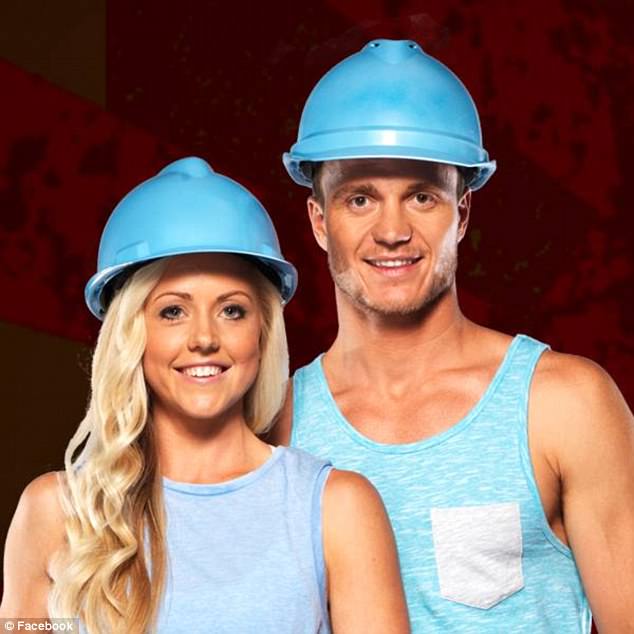 A learning experience: Kyal, a 30-year-old carpenter, previously told Daily Mail Australia that him and Kara, 29, learned a great deal about themselves on The Block in 2014

‘She’s also got an amazing eye for styling and detail. I’m all about the construction, building and supplies side of things.’

Previously speaking to Kyle and Jackie O, the Central Coast couple recalled how they refused to let being on the show stop their bedroom antics.

They said they prepared fellow contestants for what might go on behind their bedroom door.

‘When we came on the show I gave each of the contestants a set of earmuffs,’ said Kyal.

His wife said they did come close to hearing another couple get frisky.

‘There was one night where Steve and Chantelle were giggling away, and I thought oh dear, oh dear what are we going to be hearing, but we didn’t hear anything after that.’