It seems Jess Eva and Norm Hogan are both sore, and stinky, losers on The Block.

After failing to the come first during Hallway, Laundry and Powder Room week, the couple snuck into Kerrie and Spence’s winning block and left a little surprise.

As Kerrie and Spence were out collecting their $10,000 reward, Jess video blogged her partner taking a poo on their ‘award winning’ toilet in an odd end to the episode.

Too far? The Block’s Jess and Norm (pictured) sneak into Kerrie and Spence’s winning powder room and take a POO in their new toilet

‘I can’t find Norm,’ Jess initially said into the handheld camera while roaming the rival renovation while the couple were vacant from their property.

‘This is the award winning dunny,’ Norm then said, as the camera panned round to her partner with his trousers and underpants down sat on their co-stars lavatory.

‘Dunny’ is an Australian slang term for a toilet. 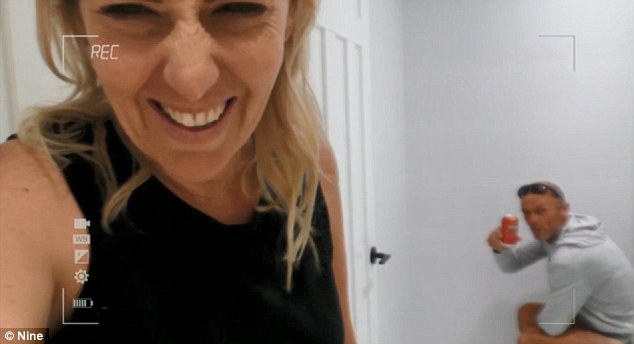 Cheers to that? The couple seemed overly pleased with their apparent prank while their co-stars were vacant from the rival renovation

Impressed with his apparent prank, he was seen drinking a canned drink while completing his business and raised it up to cheers his bowel movements.

Introducing the segment at the end of Sunday’s episode, Jess said: ‘Spence and Kerrie aren’t home yet.’

While exploring the property, she then said: ‘This is the award winning hallway, they’re too busy looking for their $10,000.’ 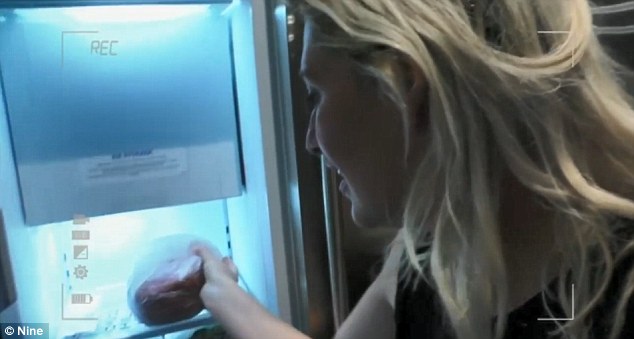 ‘No matter if you’re classy or not you still can’t go past some frozen mince,’ Jess also explored the contents of their fridge and freezer

As she opened their fridge and freezer, she proceeded to remove items, saying: ‘No matter if you’re classy or not you still can’t go past some frozen mince.’

Kerrie and Spence topped the leader board on Sunday with 29 points.

Jess and Norm came third, with 25 points in total. 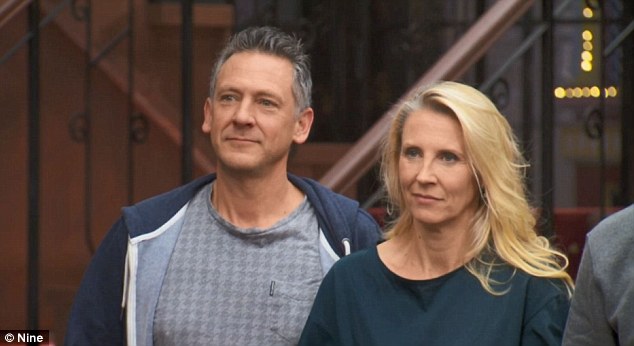 Styled to perfection: Kerrie and Spence topped the leader board on Sunday with 29 points