It looked like Sara and Hayden Vale had successfully bounced back after their $75,000 bathroom was savaged by the judges a few weeks ago on The Block.

But during Sunday’s episode of the Nine show, the couple faced even harsher criticism from judges Darren Palmer, Shaynna Blaze and Neale Whitaker.

Their hallway, laundry room and powder room were all branded ‘disasters’ due to unfinished building work, dirty presentation and ‘worst ever styling on The Block.’

‘What a load of crap!’ The Block’s Sara Vale (right) is left fuming after judges slam her renovation as the ‘worst ever’ and Hayden (left) challenges Shaynna, Neale and Darren to try and do a better job

Sara hit out as the criticism was recalled to them by host Scott Cam, with her husband Hayden later challenging the judges to do a better job themselves.

As Scott first started reading out the negative comments focusing on their ‘filthy’ floors, Sara interrupted: ‘Can I just stop you there? Sorry, Scotty.’

‘We did run out of time and it was mopped, but because we were running in and out rooms, that’s what happened.’

As Scott sternly told them that all couples struggled with the allotted time, Sara snapped: ‘Yeah but Scotty, we had leaks and stuff like that coming from upstairs.’ 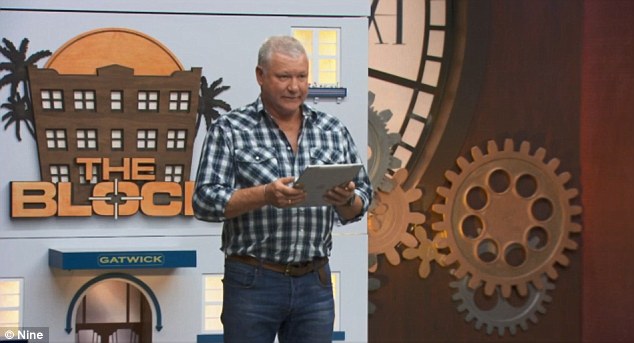 ‘We had a whole range of issues that we had to deal with, and I’m not using them as excuses….’

Scott then added: ‘I think most of the other people had things to deal with along the way too. As a construction manager Hayden, you have to manage your time.’

Defending their rennovation, Hayden then interjected: ‘I’ve had the flu this week and I haven’t been feeling my best’

‘Like I said, we’re not using it as an excuse but throw us a bone?’ Sara continued.

As Scott then recalled a comment from Neale that this ‘could have been the best room of the day’ if finished properly, Sara slammed: ‘What a load of crap.’ 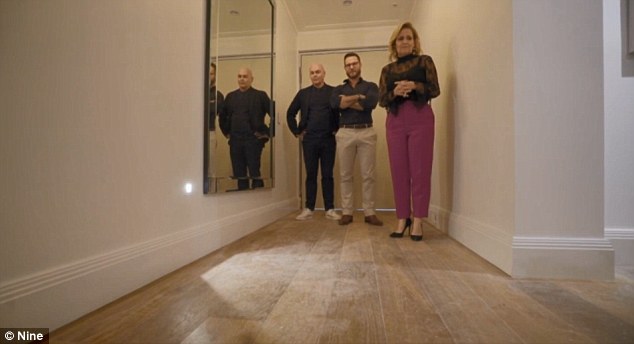 Where’s the mop? The judges were first unimpressed with the dirty floors with the criticism then coming even stronger as they moved around the latest rooms

The couple’s attempt to justify their work came after the judges first inspected their hallway.

Despite initially praising the step lighting and ‘dramatic and classy’ choices of art, Neale then added: ‘When I look at this shelf, it’s a disaster. To me that looks like a garage sale. I mean, what relationship does that have with this side [of the hallway]?’

Shaynna wasn’t any happier, adding: ‘I’ve got to say, that’s up there with the worst styling I’ve ever seen on The Block.’

Continuing to put down their efforts, Neale continued: ‘It’s kind of lazy, and when you take into the consideration the messiness, dirt on the floor and unfinished painting, overall it’s a disaster.’ 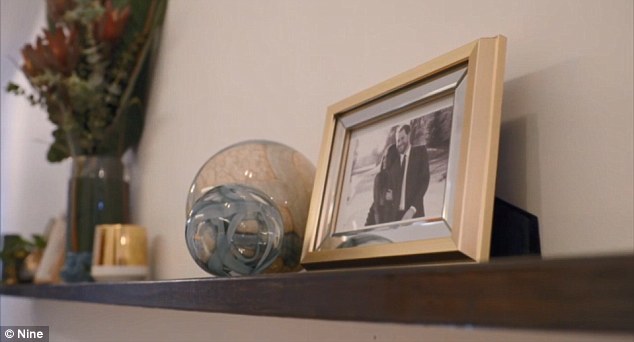 ‘When I look at this shelf, it’s a disaster,’ Neale said as Shaynna then branded it ‘the worst styling ever seen on The Block’ 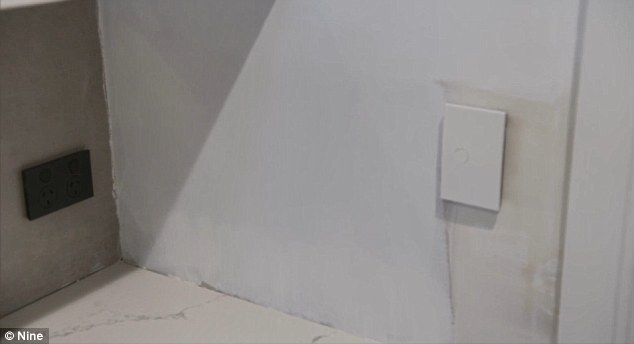 Unfinished: The raw plastering in the laundry room didn’t please the judges 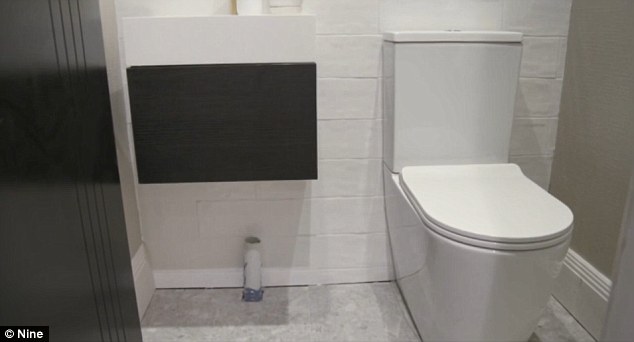 What’s that pipe for? The plumping into the powder room wasn’t finished, prompting Darren to claim the couple are ‘failing miserably’

Things didn’t improve as the judges then stepped into their laundry room.

‘All I can see is how filthy it is and how unfinished it is,’ Shaynna judged.

‘Look at that disaster behind you!’

As Darren then observed the raw plaster and unsealed tiles Shaynna had pointed out, he said the couple were ‘failing miserably’ this week. 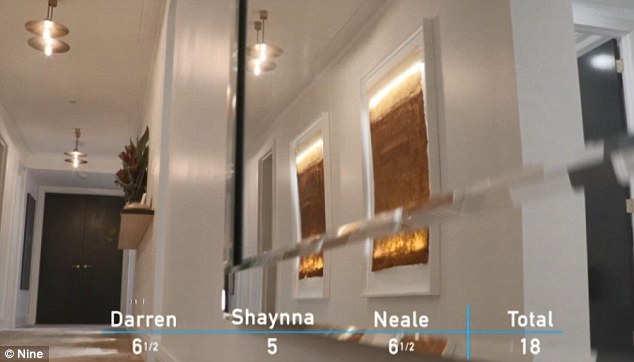 Bottom of the board: As expect, the couple came last with a measly 18 points in total 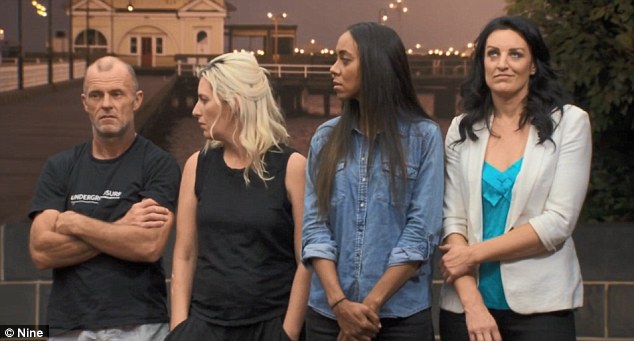 Awkward scenes: The rest of the couples appeared uncomfortable as Sara and Hayden challenged Scott Cam as he read out the judges comments

Stepping into their powder room, Darren added: ‘This is a new level of unfinished that we haven’t seen for a while on The Block.’

Still not impressed, Neale said: ‘We’re in week seven of this competition and it’s kind of unacceptable to be delivering rooms like this in week seven.’

Challenging their criticism, Hayden spat back in a piece to camera later on: ‘I challenge the three judges to take on those three rooms in one week.’

As expected, the couple later came last as the scores were totaled up.

They managed a measly 18 points, a huge drop below winning couple Kerrie and Spence’s impressive 29. 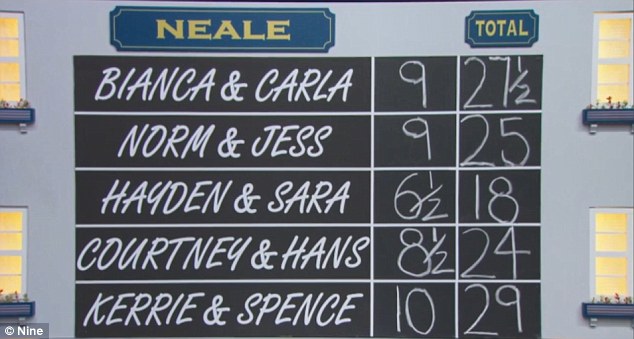