Gridlock UK: The British cities where it is now faster to CYCLE than drive

By James Salmon Transport Editor For The Daily Mail

It’s now faster to cycle than drive in some city centres as Britain’s roads become increasingly gridlocked, a report has found.

London and Edinburgh are the two most congested cities in the UK, with drivers clocking up average speeds of only 7mph during the final mile of their journeys, the global traffic audit has revealed.

London has also been named as the sixth worst for traffic in the world – ahead of Rio de Janeiro and just behind Sao Paolo in Brazil. Moscow topped the league of shame.

With punctuality on UK trains sinking to the lowest level in 13 years, the report lays bare the painstakingly slow journeys endured by those who rely on their car to commute to work. 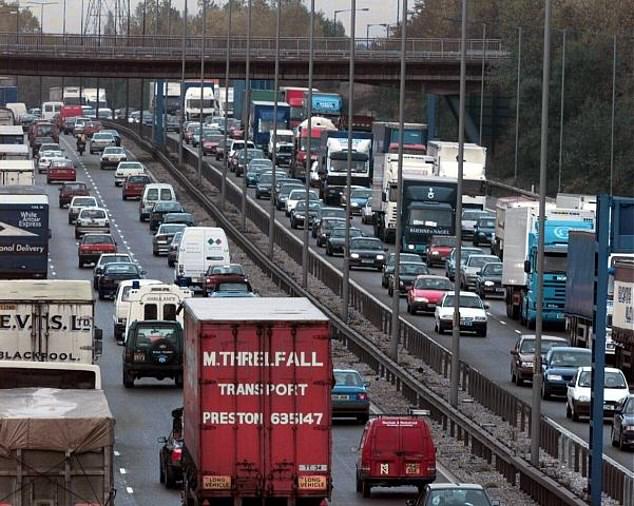 It concluded that it has become ‘faster to ride a bike than drive or take the bus’ for millions of motorists in Britain.

It found that last year drivers in six UK cities – London, Edinburgh, Bristol, Liverpool, Manchester and Sheffield – crawled along at an average speed of 10mph or less in the last mile of their journey. The average cyclist in cities travels at 9.6mph, according to traffic analysts Inrix, which conducted the study.

Across Britain, motorists spent an average of 178 hours stuck in traffic last year – rising to 227, or the equivalent of more than nine days, in London.

Inrix said this is ‘very slow even in a European context’. In Germany, drivers in just two cities – Berlin and Munich – spent more than 140 hours stuck in traffic last year.

The A406/North Circular from Chiswick roundabout to Hanger Lane in west London was named as worst stretch of road for traffic in the UK, with motorists spending an average of 15 minutes a day – or about 61 hours over the year – caught up in traffic. This was followed by the A23 in Kennington, south London. Outside the capital, Leeds Road/Saltaire Road in Leeds was the worst for traffic, followed by the A34/Stratford Road in Birmingham.

A growing population and the boom in online shopping, with a surge in delivery vans on the roads, have been identified as key factors driving record levels of traffic in the UK. 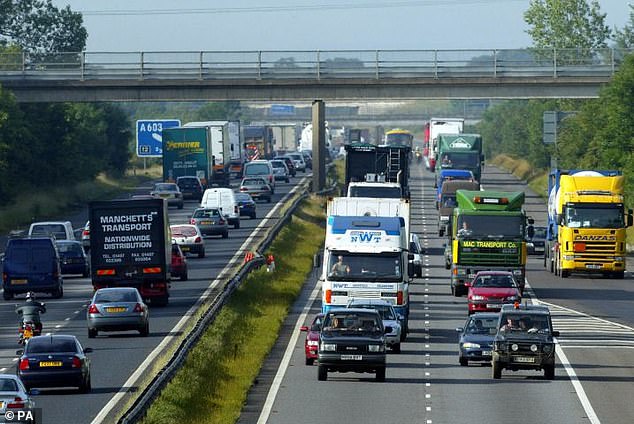 London and Edinburgh are the two most congested cities in the UK, with drivers clocking up average speeds of only 7mph during the final mile of their journeys, the global traffic audit has revealed (pictured, the scene on the M11 near Cambridge)

The report also reveals the huge cost of Britain’s gridlock. It said congestion hit the economy by £8billion in a year as drivers wasted time sitting in their cars rather than working or spending money in shops and restaurants. This equates to £1,317 per driver.

Inrix said the study could not be compared to those it has carried out in previous years, because the way it calculates congestion has changed. But its transport analyst, Trevor Reed, said: ‘Congestion costs Brits billions of pounds each year.’

Chancellor Philip Hammond has identified traffic as one of the factors holding back productivity, with Britons spending too much time travelling and not enough working.

Labour MP Wes Streeting said: ‘This report underlines the importance of building fast and reliable public transport systems across the country, not just in London.’

The Department for Transport said: ‘We are investing a record £23billion on our roads to reduce congestion and make journeys better for motorists.

‘We are also giving councils record amounts of capital funding – more than £7.1billion up to 2021 – and the £2.5billion Transforming Cities Fund will see innovative public transport schemes developed to further tackle congestion in some of England’s biggest cities.’