The car makers that have issued the most recalls since 1992

Product recalls are a common occurrence and that’s also the case for cars.

Thousands of vehicle-related recalls have been issued since 1992, according to records held by the Driver and Vehicle Standards Agency – many of them by the car manufacturers.

Analysis of the Government’s recalls database has revealed which makers have issued the most, with Toyota topping the charts with 818 notices issued for its vehicles in the last 30 years.

But while recalls are often looked upon negatively, drivers should see them as good news when it comes to making their motors safe, even years after a warranty has expired.

Total recall: We reveal the 15 brands that have issued the most car recalls in the UK since 1992

A study by Zutobi, an app designed to help learners pass their driving test, has named the car brands that have issued the most recalls in the UK since the database was created.

Car brands that have issued the most recalls since 1992 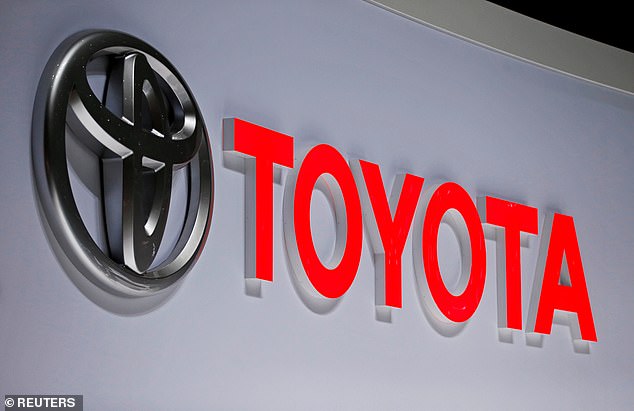 Toyota has issued 818 recall notices for models in the UK, according to official records held by the DVLA. While this is the more than any other brand, it shows responsible action

Splitting the data by individual models, it’s Toyota’s Yaris that has been subject to the most call-backs by the Japanese firm.

Its supermini, which has been available in various guises since 1999, has been recalled 131 times; the most recent cases coming last year for issues including the headlight controls, potential problems leading to fuel leakage and the long-running Takata airbag saga that’s affected millions of vehicles from varying manufacturers.

Of course, how long the model name has been on sale should be taken into account when considering these figures, with the E-Class name dating back to 1993 and the BMW 5 Series available from the 1970s – pre-dating even the recalls database.

The study by Zutobi also highlighted which were the most common recall types.

Topping that list is ‘fire may occur’, which is the reason for 643 individual recalls from car brands since 1992.

While this might sound dramatic, the risk tends to be extremely small, with manufacturers looking to rectify any tiny defect that may cause such a catastrophic outcome.

It is also why it is vitally important for drivers to respond to and comply with recall letter and get their cars repaired.

You can also check if your vehicle has been subject to a safety recall notice using the government’s online tool.

‘Engine may stall’, with 458 recalls, was second on the list, most commonly a cause of faulty fuel pumps.

Completing the top three recall reasons is ‘fuel may leak’, leading to 231 model call-backs in the last 29 years. 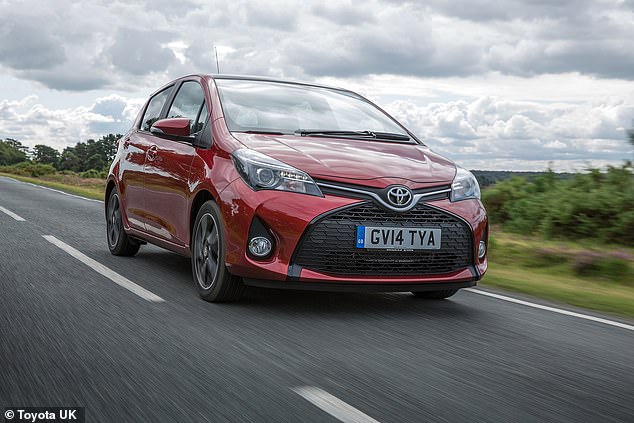 The Toyota Yaris is the most recalled model in the UK, according to analysis of record by Zutobi 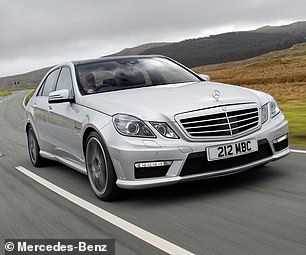 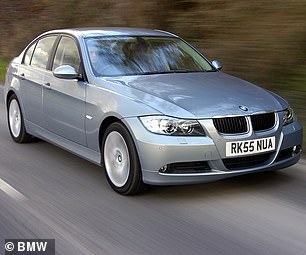 Left: Some 114 recall notices have been issued for Mercedes E-Class models since 1992. Right: The BMW 3 Series is the third most-recalled model, with 92 issued by the German car maker dating as far back as UK records go

Recalls should be celebrated, not chastised

Rob Hull, This is Money’s Deputy Motoring Editor: When a car maker issues a recall for a vehicle, there tends to be a flood of stories covering the issue, the number of units impacted and what the worst case scenario could be.

But drivers shouldn’t see recalls as such a negative action.

In an ideal world, nothing would ever go wrong the with cars we buy. However, that’s simply not a reality.

So when a problem does occur – and one that might impact your safety – it is a manufacturer’s responsibility to take the required action to put it right for a consumer. Though not all do.

While some car brands – like Toyota – recall readily to resolve a problem big or small, others are less inclined to take the same action.

The requirement for car makers to force recalls is a bit of a grey area, with the UK recall system a voluntary code of practice – unlike in the US, where the NHTSA can make it a necessity.

The latest high-profile case of this came earlier this year, when the US regulator forced the hand of Tesla to call back and repair issues with faulty touchscreens in Model S and Model X electric cars produced from 2016 to 2018. 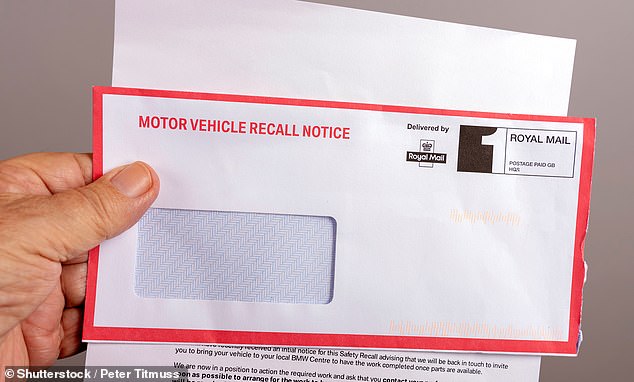 While some drivers will consider a recall notice as a sign that their car has been poorly made, it should be considered as the manufacturer taking responsibility for an issue it hadn’t foreseen during production that they are now willing to resolve without a charge to a customer

However, the DVSA assures us there is legal framework that can be pursued to force the hand of an unwilling vehicle maker – though there hasn’t been a single instance of this in the UK yet.

In all cases, a car maker that issues a recall will rectify the issue for you – free of charge, with a set schedule and agreed methodology for fixing the problem.

Being without your car for a matter of hours or even a full day might not be ideal, but repairing the problem won’t cost you a penny and will also give you the peace of mind that your motor is safe – and the brand who built it will take responsible action to ensure it is in the future.

It’s for these reasons we should be praising car brands that are openly recalling their cars if they do find a problem with a vehicle they’ve produced.

Mike Hawes, chief executive of the Society of Motor Manufacturers and Traders: ‘Safety is the number one concern for car makers and the UK has one of the best records for vehicle recall fulfilment.

‘The process delivers an exceptionally high response rate compared with other sectors and most other markets.

‘Car manufacturers act swiftly once a safety defect has been identified to contact the owner of an affected vehicle, fix the fault free of charge and ensure it remains safe throughout its lifecycle.

‘SMMT’s Vehicle Safety Recall Service means consumers can look up a vehicle, for free, to see if it has any outstanding recalls and the sector continues to work with DVSA on ways to improve the recall process further, including enhancing the MOT to cover outstanding recalls which would help ensure appropriate vehicles are identified and fixed.’

What you need to know on recalls

What are the different types of recall?

The highest-priority recall type is known as a ‘Stop Drive Recall’.

In these cases, a vehicle with a known problem should not be driven at all. However, the DVSA says these are very rare.

The next level down is a Safety Recall, which is the main type the DVSA gets involved in.

This is when an issue with a vehicle or component could present a safety risk and therefore needs to be actioned – either voluntarily by the manufacturer or under the guidance of the DVSA.

The remaining types of recalls are called ‘non-code actions’ and ‘service campaigns’, which are deemed to not present a serious safety risk but a car maker might want to rectify due to a high volume of complaints from customers.

Who identifies when a car needs to be recalled?

A DVSA spokesman told us that the government agency is usually informed by manufacturers about a potential recall case that has emerged from a series of customer complaints about a specific issue.

The defect is checked by a team of engineers in the agency’s Vehicle Safety Branch, who determines if it is a safety recall or not.

It also has a manufacturer’s code of practice in regards to recalls, which provides a clear definition that a manufacturer is responsible to rectify any ‘defect that is a risk to the driver, passengers or other road users without warning’.

This code of practice has recently been renewed to ‘make it absolutely clear to manufacturers’ what they need to do if there is a safety recall.

‘DVSA’s priority is to protect everyone from unsafe drivers and vehicles,’ we were told by the spokesman.

‘It is vital that all recalled vehicles are fixed as soon as possible. To help keep you and Britain’s roads safe we urge you to use our check a vehicle recall service and take action.

‘In any situation DVSA will not allow vehicles which it knows to be an immediate danger to use the roads.’

Who determines if a safety recall needs to be issued?

The DVSA’s vehicle safety branch is responsible for signing off a manufacturer’s plans to have a safety defect recalled and fixed.

This ensures that the process is conducted as swiftly as possible and, with the help of the DVLA, allows the manufacturer to contact as many owners of the affected vehicles, given that some of these motors may have changed keepers before the problem was identified.

What would happen if a car maker was to refuse to recall a car deemed to be unsafe?

On occasions where the DVSA hears about potentially dangerous vehicle problems from consumers rather than car makers, it not only raises them with the manufacturer responsible, but its own engineers determine if it is worthy of a safety recall.

In ‘most occasions’, car manufacturers accept the agency’s verdict because it would be ‘very bad PR to disagree with the findings of DVSA’, says the spokesman.

‘We haven’t had that situation yet’ where a manufacturer refused a safety recall, he reiterated.

However, the DVSA says there is legislation in place to ensure appropriate action is taken. That is the General Safety Product Regulations 2005.

‘We had it checked with lawyers that, if a manufacturer was to refuse a safety recall, we could use this as the legal framework for action to be taken,’ the DVSA says.

What you need to do to ensure you receive a recall notice if one is issued?

It’s important that consumers keep their contact details, including address, up to date on vehicle logbooks.

Manufacturers use their own internal records and the address of the registered keeper recorded by the DVLA.

Therefore, if the address is correct on the vehicle’s V5C (log book) then the manufacturer should have no difficulty contacting owners if a recall is needed.