High style and history: Discovering a luxury cruise at a bargain price – and some awkward facts about the Caribbean hero of musical Hamilton

Nevis – half of St Kitts and Nevis – boasts a population the size of Chipping Norton.

Caribbean cruises tend to plough a route through the main islands, so it was a delight to find that on our ten-day cruise on Crown Princess we took a road less travelled.

On docking in St Kitts, how could we refuse the chance to visit the birthplace of the now-famous Alexander Hamilton on nearby Nevis (which his character in the musical Hamilton unkindly describes as ‘a forgotten spot in the Caribbean’)?

You might assume the Nevis tourism authorities would be milking the link to Hamilton.

But at the Hamilton Birthplace Museum in Nevis’s capital Charlestown, we looked in vain for any mention of the show.

Much of the museum is devoted to slavery, from which, directly and indirectly, most of the settlers – including Hamilton’s family – made their living. And here’s the rub.

In his musical, composer Lin-Manuel Miranda briskly glosses over Hamilton’s early years in the Caribbean and hastens to America, where he became a confidant of George Washington, helped shape the US Constitution and supported the fight to abolish slavery.

That support has now been judged by some prominent historians to be half-hearted.  A similar shadow hangs over Nevis’s other heroic connection: Nelson.

The first great popular British hero met his wife Fanny Nisbet on Nevis and married her near the Montpelier Plantation Inn, now a luxury hotel once visited by Princess Diana. 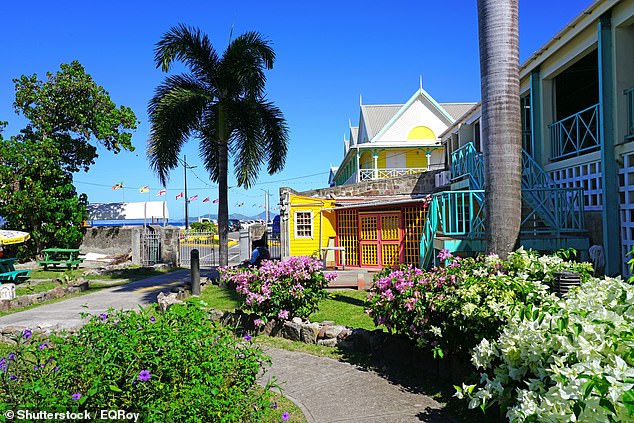 Downtown Charlestown, the capital of Nevis. It is the birthplace of Alexander Hamilton

Nelson, it has been discovered, was an ardent supporter of slavery. And Nelson’s marriage to Fanny was as storm-tossed as Charles and Diana’s proved to be.

Crown Princess offered a wide range of intriguing excursions at all the islands we visited.

In St Lucia we enjoyed a Segway Safari on a forest path with stunning island views.

In Antigua we were whisked away to a private beach where we swam in the blood-warm sea and had lunch in a lively beach restaurant.

On Barbados there is the chance to swim with turtles, while in St Thomas we could have swum with sea lions. 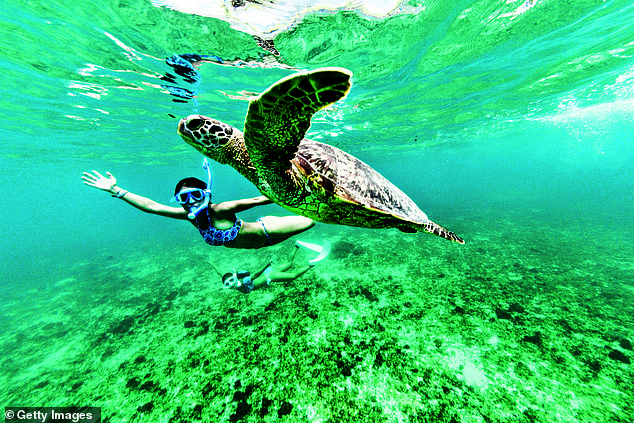 Back to nature: Swimming with sea turtles in Barbados

Cruise companies cater to different sectors of the market. Small-ship cruises generally have more thoughtful itineraries and better food. But you can enjoy small-ship-style service on some bigger vessels.

On the Crown Princess you can pay a little extra and relax in the utmost calm and comfort of the Sanctuary, which sits above the ship’s excellent spa.

Also elevated to smaller-ship levels was the food at the main restaurants, which offer lots of healthy and low-fat options.

But most striking about this cruise experience was the staff. I can put hand on heart and say that they were the most efficient and kindest I’ve met – they could hold their own on cruises that cost five times as much.

A 10-day Southern Caribbean Voyager cruise with Princess (princess.com) on February 15, 2020 costs from £1,299pp, with $100 onboard spending money per person. Roundtrip from Fort Lauderdale. Price is cruise only and includes accommodation, meals and entertainment.

Return air fares from London to Miami, for Fort Lauderdale, cost from £320 per person with Virgin Atlantic (virginatlantic.com).