Children are usually granted automatic anonymity during trial but when their crimes are particularly horrific they can be named and shamed by the courts – as was the case today with 16-year-old Aaron Campbell.

The depraved teenager raped and murdered six-year-old Alesha MacPhail in the Scottish island of Bute last year, before dumping her naked body in the woods with 117 injuries.

He could not previously be identified because he is under 18, but judge Lord Matthews ruled he should be named after considering an application from media outlets.

The judge said: ‘I can’t think of a case in recent times that has attracted such revulsion. I intend to grant the application. The press may name the accused and publish images of him.’

It is not the first time children have been outed by the courts, revealing the person responsible for crimes that have shocked and horrified the country.

The pair, aged just ten, snatched two-year-old James Bulger from outside a butcher’s shop in Bootle, Merseyside, in 1993, while his mother popped into a store for just a few seconds.

The toddler’s mutilated body was found on a railway line in Walton, Liverpool, two days later. He had 22 injuries to his head, and another 20 to his body, inflicted with a 22lb iron bar and 27 bricks.

Venables and Thompson were found guilty of killing Bulger in November 1993 and were sentenced to custody until they reached 18. 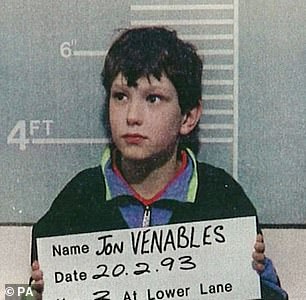 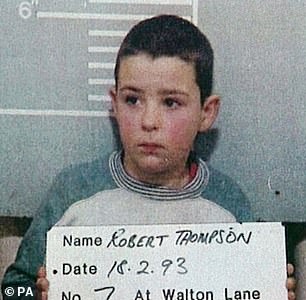 Jon Venables and Robert Thompson, aged just ten, snatched two-year-old James Bulger from outside a butcher’s shop in Bootle, Merseyside, in 1993, while his mother popped into a store for just a few seconds

Both were referred to as Child A (Thompson) and Child B (Venables) throughout their trial, but afterwards the judge presiding over the case, Mr Justice Morland, lifted the reporting restrictions allowed them to be named.

At the time, he said: ‘I did this because the public interest overrode the interest of the defendants… There was a need for an informed public debate on crimes committed by young children.’

Venables and Thompson were later granted lifelong anonymity by a High Court judge. Following release from prison they have lived under new identities.

Bell shocked the nation when she strangled to death two young boys in Scotswood, an inner-city suburb in the West End district of Newcastle-upon-Tyne in 1968. 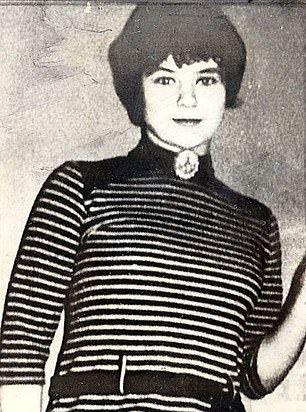 Mary Bell (pictured) shocked the nation when she strangled to death two young boys in Scotswood, an inner-city suburb in the West End district of Newcastle-upon-Tyne in 1968

She then slashed little Brian’s legs and belly with a razor and scissors.

In the subsequent trial, Mary was convicted of manslaughter on the grounds of diminished responsibility.

She was named throughout the trial, and after her conviction received a great deal of attention from the British press.

In 1980, aged 23, Bell was released from prison having served 12 years and was granted anonymity and a new name.

This allowed her to start a new life, and four years later she gave birth to a daughter.

William Cornick, then 15, is serving a minimum 20-year sentence for stabbing Ann Maguire during a Spanish lesson at Corpus Christi Catholic College in Leeds, West Yorkshire in 2014.

He was named as the killer after a judge lifted an anonymity order. The judge set the 20-year tariff – the minimum time Cornick must serve in custody before he is released – but added that, after reading about him, ‘it’s quite possible that day may never come’. 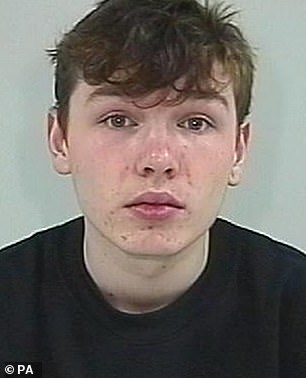 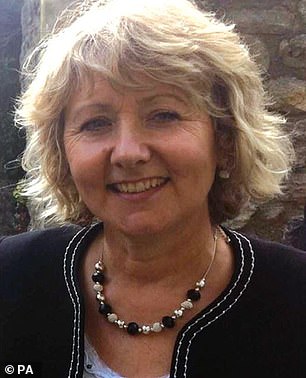 William Cornick (left), then 15, is serving a minimum 20-year sentence for stabbing Ann Maguire (right) during a Spanish lesson at Corpus Christi Catholic College in Leeds, West Yorkshire in 2014

Leeds Crown Court heard Cornick sent a Facebook message weeks before the killing, which said of Mrs Maguire: ‘The one absolute f****** bitch that deserves more than death, more than pain and more than anything that we can understand.’

He later told a psychiatrist: ‘I wasn’t in shock, I was happy. I had a sense of pride. I still do’. The boy also said after the killing that he thought everything he had done was ‘fine and dandy’.

Mr Justice Coulson said he showed a ‘chilling lack of remorse’ over the attack that saw him chase Mrs Maguire, ‘stabbing her as she sought to escape’.

Cornick was said to have had a good family background with ‘decent and responsible parents’ – but wanted to be caught and jailed to avoid future worries about life and money.

Schoolgirl Kim Edwards was just 14 when she enlisted the help of boyfriend Lucas Markham, also 14, to kill her mother Elizabeth Edwards, 49, and her sister Katie at their home in the village of Spalding, Lincolnshire, in April 2016.

Edwards and Markham, believed to be Britain’s youngest double murderers, became known as ‘The Twilight Killers’ as they went downstairs and calmly watched the vampire films together just moments after the brutal murders. 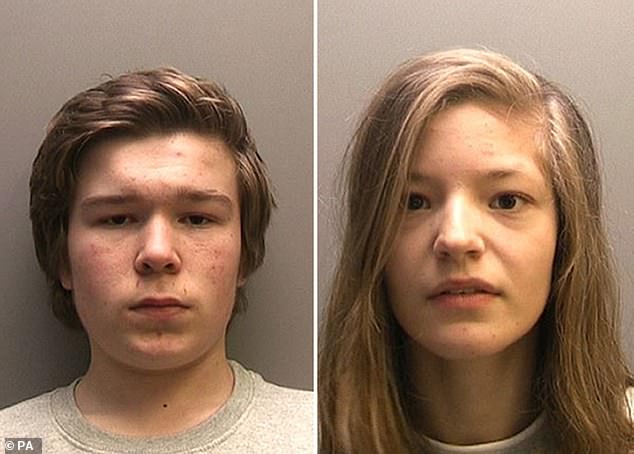 Schoolgirl Kim Edwards was just 14 when she enlisted the help of boyfriend Lucas Markham, also 14, to kill her mother Elizabeth Edwards, 49 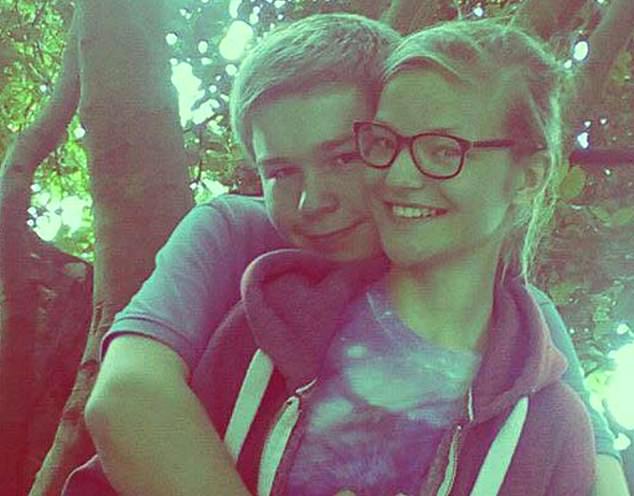 Both Edwards and Markham were sentenced to 17 and a half years in prison in November 2016, and were not named throughout their trial.

But in June 2017, a judge lifted reporting restrictions on the pair so the horrors of their crimes could be revealed.