Looking on the bright side! Couple who got married at The Plaza during the New York City blackout says ‘I do’ by CELL PHONE light – as guests help the duo to salvage their special day

A New York City couple was getting married at the famed Plaza Hotel in Manhattan on Saturday night when a bride’s worst nightmare happened: the power went out.

But while Con Edison worked to get the power back on, newlyweds Amy Rosenthal and Craig Silverstein generated enough electricity on their own to keep their wedding going, making the most of the night with friends and family.

In darkness and in light! Amy Rosenthal and Craig Silverstein got married at the famed Plaza Hotel on Saturday, July 13 during the New York City blackout 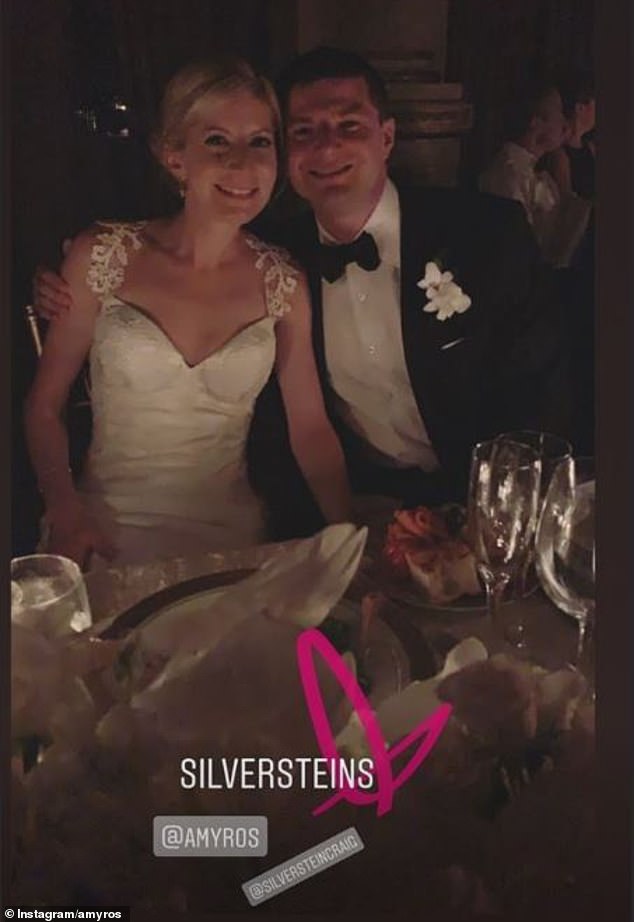 You light up my life! The couple went on with the festivities even after the power went out, the moment Amy had made it down the aisle 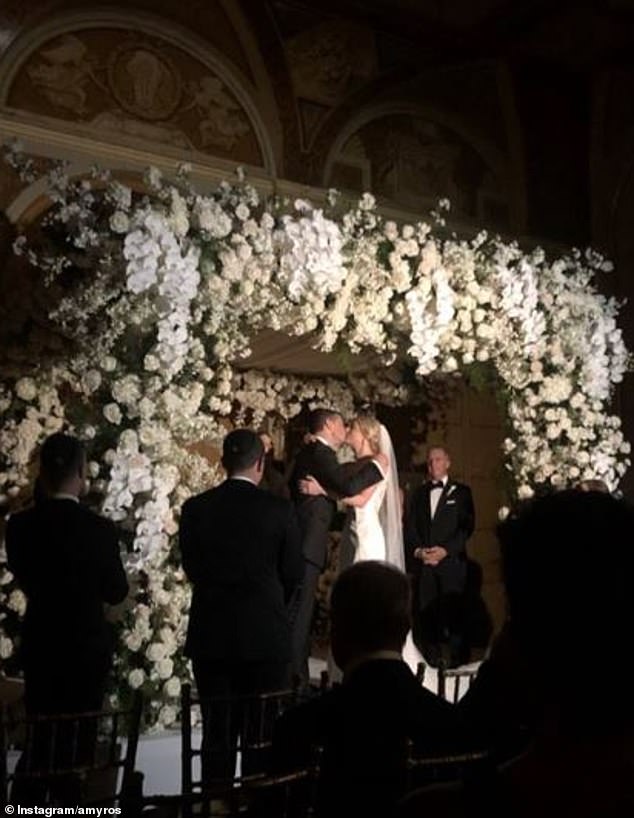 They’ll power through! The ceremony was lit by lighting from the photographer and guests’ cell phones

According to the New York Times, Amy had just walked down the aisle and held hands with her husband-to-be when everything went dark.

The bride’s brother, Justin Rosenthal, admitted that at first, people thought the change was on purpose, to add a bit of mood lighting.

But when it became clear that saying ‘I do’ in a pitch black room wasn’t actually on the agenda, everyone stepped up to keep the nuptials going.

‘You know how like at concerts people pull out their cellphones? That’s what happened,’ Justin said.

The ceremony continued in the dark with light from cell phones and the photographer’s stand, and candles lit the way at the ceremony that followed. 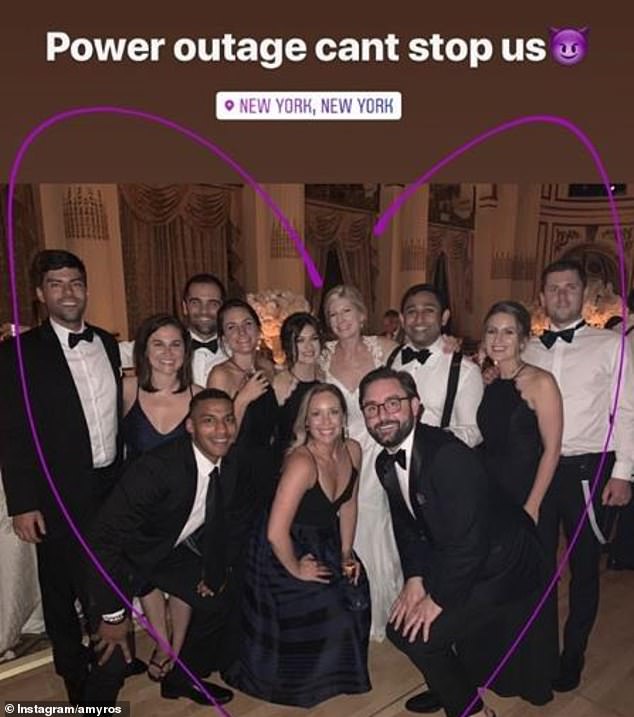 It’s electric! The reception was lit by candles, and guests sang along with the 12-piece band, which didn’t have use of microphones 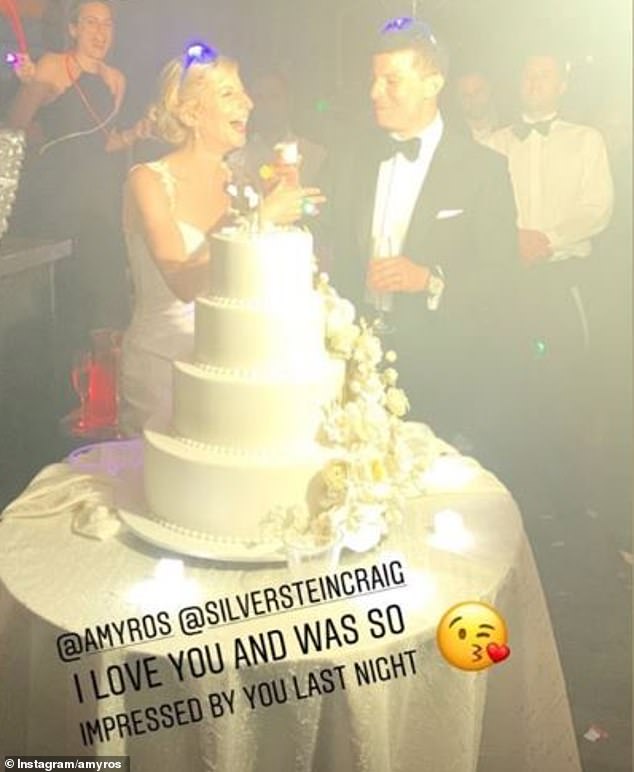 All you need is love! Despite the setbacks, the night turned out to be one to remember 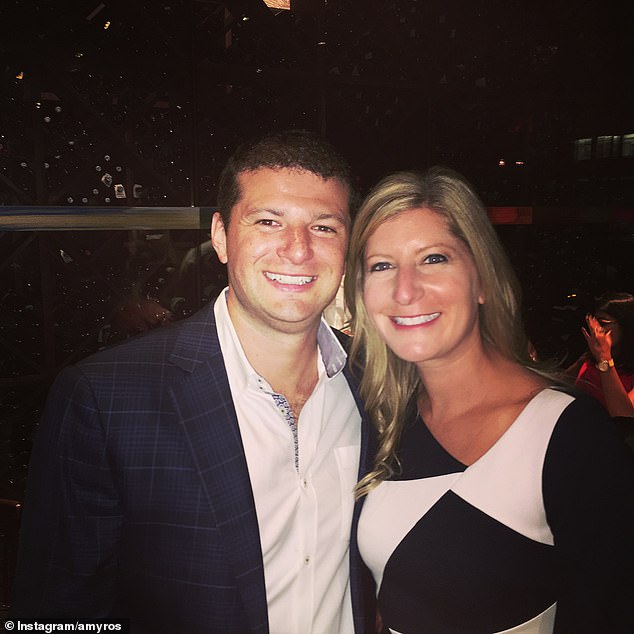 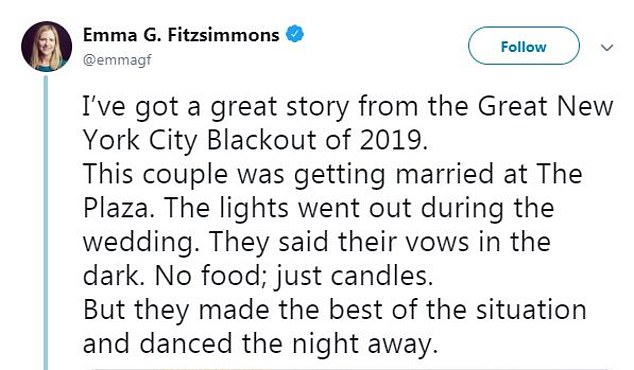 Light bites? The New York Times reported that the hotel couldn’t serve food but guests made the best of the night

Seeing it in a new light: The ‘nightmare’ of a situation turned out to make for a great story

As luck would have it, the couple had hired a 12-piece band to perform, not a DJ — so they were still able to play their instruments, even if they couldn’t be hooked up to speakers.

The singers couldn’t use microphones, though, so guests joined in to sing along during the set.

‘It was unbelievable,’ said the bride. ‘Everyone stepped up and were doing everything in their power to make the night a special one.’

Unfortunately, no power also meant no food at the reception, which likely set the couple back a pretty penny.

Saturday night weddings at The Plaza start at $350 per person, with a minimum of 200 guests — or $70,000. That’s not including additions like a band or flower arrangements. 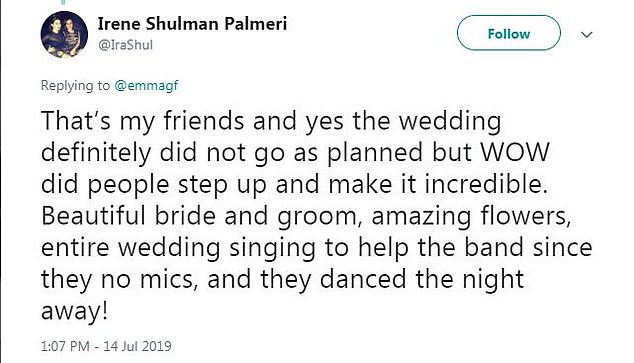 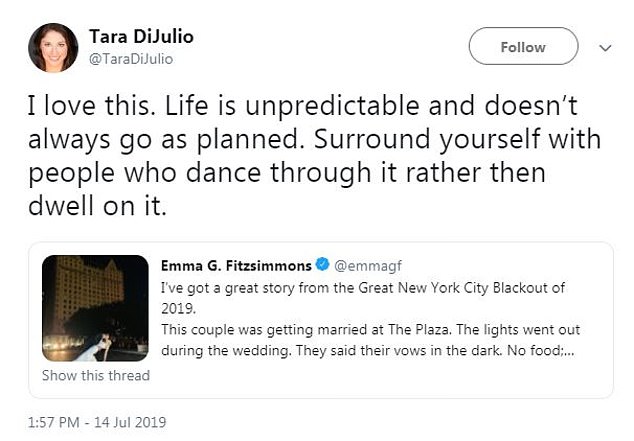 A bright spot: Twitter users found the story sweet, and guests chimed in to report that it was indeed a great night

But the newlyweds didn’t let the unwelcome surprise spoil their night, and the Times reported they still danced the night away.

They also posed for a particularly romantic photo outside the darkened hotel, with only the headlights from a nearby car lighting the scene.

The blackout, which lasted about four hours, took out power in Midtown and the Upper West Side of Manhattan from West 72nd Street to the West 40s, from Fifth Avenue to the Hudson River.

The Plaza is at 5th Avenue and 59th Street.