Drummer for The Cure Andy Anderson has died at the age of 68 after a battle with cancer.

The musician announced he had been diagnosed with the disease just earlier this month in a Facebook post.

He wrote: ‘No boo-hooing here, just be positive. For me, it’s just another life experience and hurdle, that one has to make, yet another choice in life. 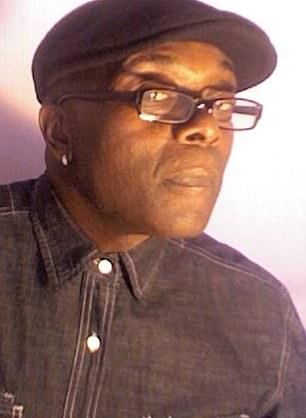 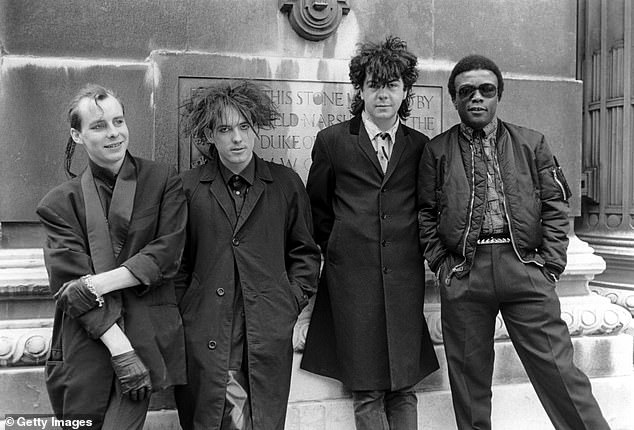 Andy first joined The Cure in 1983 (pictured, with the band) and first appeared on the Lovecats single from the album Japanese Whispers

‘Be cool, I most definitely am and positive about the situation.’ His death was announced today by former bandmate Lol Tolhurst.

He said: ‘Andy Anderson was a true gentleman and a great musician with a wicked sense of humor which he kept until the end, a testament to his beautiful spirit on the last journey.’ 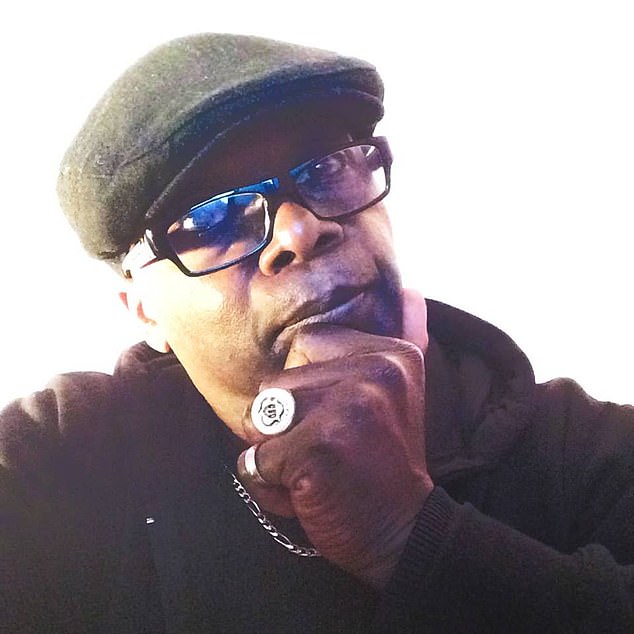 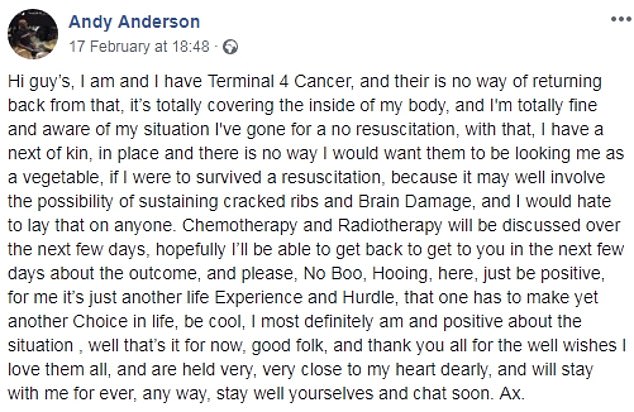 Anderson was born Clifford Leon Anderson in London. He joined The Cure in 1983 when Tolhurst swapped from the sticks to keyboardist after the 1982 album Pornography.

His debut for the Cure came on the band’s legendary single Lovecats, which appeared on 1983’s Japanese Whispers.

After his stint with the band, Anderson embarked on a successful career as a session musician, which saw him work with numerous artists including Iggy Pop, Isaac Hayes, Jeffrey Lee Pierce, the Sex Pistols’ Glen Mattlock and Peter Gabriel.

Lol Tolhurst said the drummer died shortly before 6pm yesterday, writing on Twitter: ‘So Cindy and I just heard from some friends who were there with Andy as he passed at 5:57 pm UK time today. It is a small measure of solace to learn that he went peacefully at his home.’

Another friend of the musician, named Sean Dunmore, wrote: ‘I’m sure Andy Anderson would like [his] fans and friends who he was so dedicated to and loved so much to know, that very sadly he’s passed away.

‘Gone to the next adventure, the next gig. Everyone has so many good memories of this kind and gentle man. He wouldn’t want you to be sad but celebrate the joy in life.’