A New York village has changed its town seal after a Daily Show segment criticized the original emblem, which appeared to depict a white man choking a Native American.

However, instead of changing to an image of reconciliation or unity, Whitesboro stayed true to their town’s history and showed a wrestling match – albeit an evenly balanced one.

The Whitesboro website said the seal dates to the early 1900s and depicts a friendly wrestling match between village founder Hugh White and an Oneida Indian.

The town founder won the match and the lasting respect and goodwill of the Oneidas.

The original seal for Whitesboro (left) and the new one. The town changed their logo after they received backlash last year when The Daily Mail did a segment on the New York village’s seal

The village of Whitesboro in Oneida County said the original design depicts a White wrestling not choking a Native American and emphasized the history of the village.

Jessica Williams from The Daily Show with Trevor Noah visited the town in January 2016 and decided to suggest some funny and politically correct designs that could potentially replace the seal.

Whitesboro, which has a population of 3,735, and is 94.3 percent white with only five Native American residents, had a vote to decide whether to change the seal or keep as is.

Village residents decided to keep the seal with 157 people voting in favor of keeping the design out of 212, according to the Observer-Dispatch.

Mayor Patrick O’Connor said many local residents ‘were surprised at the negative attention’ the village received as a result of the vote in January.

Mayor O’ Connor said: ‘They wanted to preserve history at the time of the vote, but also want to ensure that the village is seen as the inclusive place that it is,’ he told Huffington Post. 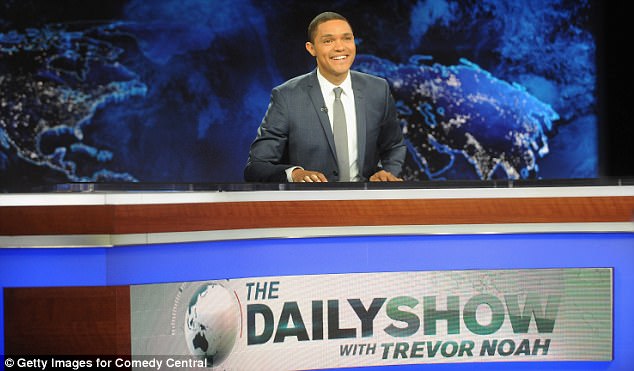 Trevor Noah in September 2015. The Daily Show visited Whitesboro in 2016 after hearing and were in attendance for their vote to change the seal

Village officials then decided that they would change the seal’s design.

In September 2016, village Mayor O’Connor said work was being done to craft a redesigned seal depicting the same famous wrestling match, but there was no reason to rush the design.

The new seal now has better graphics and more historically correct attire for the two men engaged in the wrestling match. 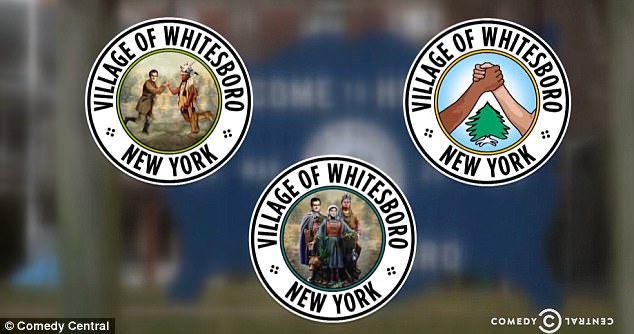 ‘The village of Whitesboro worked with an art student to enhance the graphics of the village seal while maintaining the depiction of the historical encounter between Whitesboro Founder Hugh White and a member of the Oneidas (Oneida Nation),’ according to Observer-Dispatch.

‘In addition to enhancing the graphics, the updated seal corrected inaccuracies like the design of the headdress worn by the Oneida and making the attire of our founder more period specific.’ 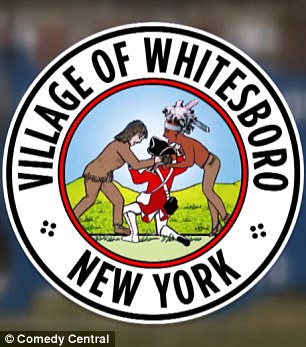 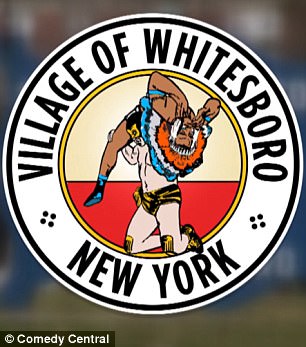 The village of Whitesboro has a population of 3,735 and predominately white population