The dark underbelly of the infamous Chippendales all-male review is being laid bare in a new true-crime podcast that details how greed and jealousy among its founders led to arson, murder, and suicide.

Host Natalia Petrzela, a historian and fitness instructor, interviewed more than 60 people for her new podcast Welcome to Your Fantasy, including former dancers, investigators, and customers, according to Los Angeles Magazine.

‘Chippendales wasn’t just pecs and mullets and G-strings stuffed with dollar bills,’ Petrzela explains on the show. ‘It was a sordid world of greed, arsons, hired hitmen, a years-long FBI manhunt, and a feud that would leave two business partners dead.’

True crime: Historian Natalia Petrzela explores the dark underbelly of Chippendales in the new podcast Welcome to Your Fantasy. Chippendales dancers are pictured in Las Vegas in 2002 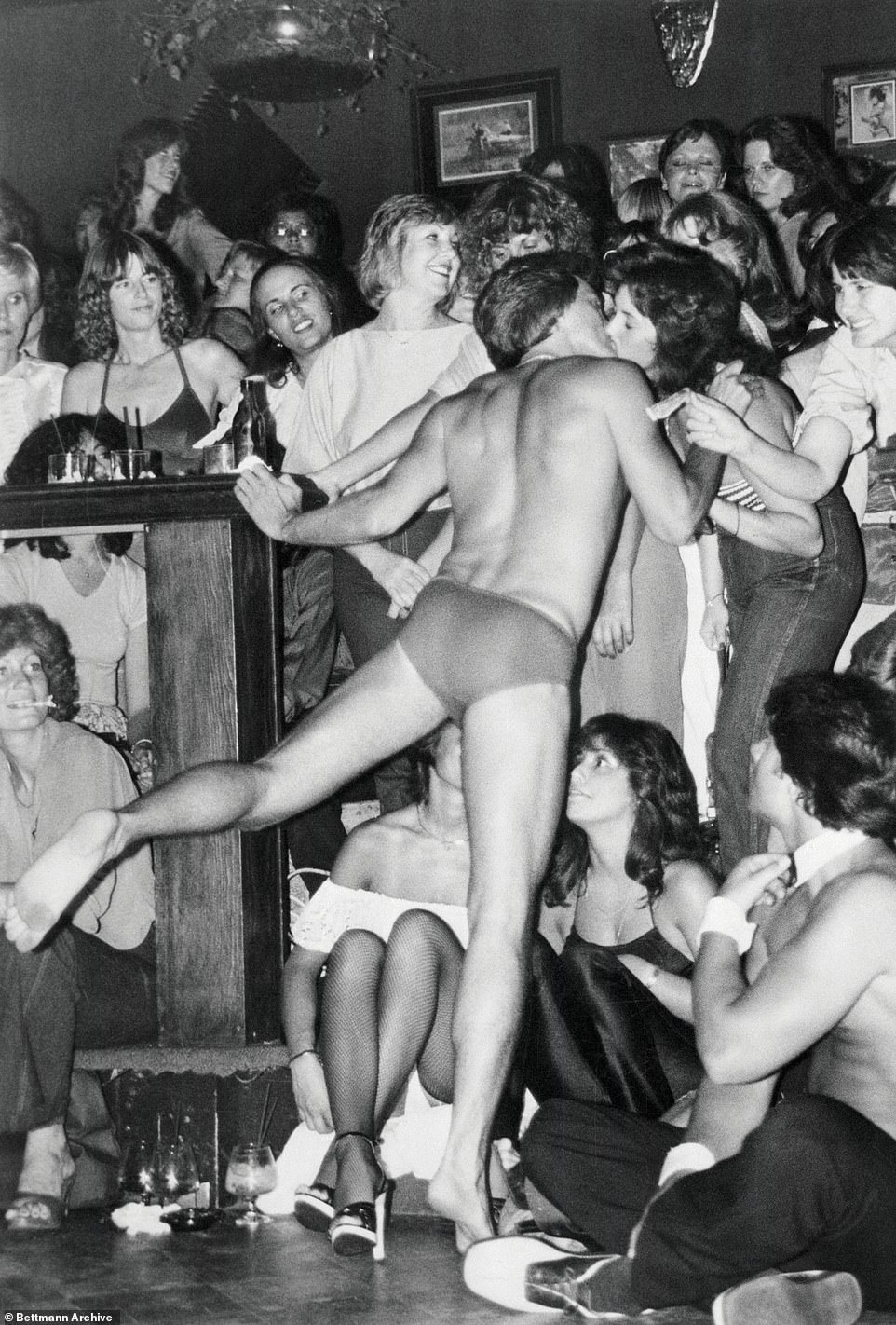 Looking back: The first Chippendales club opened in Los Angeles in 1979, pictured, and women would line up around the block to see the all-male revue 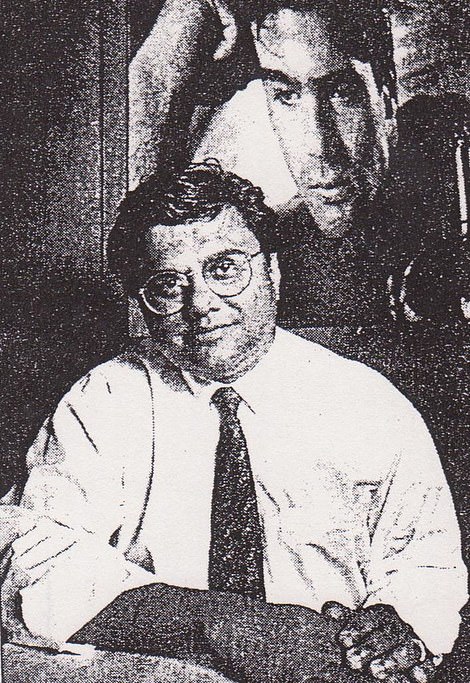 Chippendales was co-founded by Somen ‘Steve’ Banerjee, an Indian immigrant who had moved from Bombay to Los Angeles in the late 1960s.

Banerjee worked as a janitor and owned two gas stations before he bought the failing bar, Destiny II, on the Westside of LA. He and his partner Bruce Nahin tried everything from female mud wrestling to magic shows to bring in crowds without any success.

Banerjee heeded his advice, and in 1979, they opened Chippendales, which was named after the 18th-century furniture style to make it sound classy.

The all-male revue drew in crowds of women who lined up around the block to tuck dollar bills into the G-strings of the hunky, oiled up dancers, some of whom Snider discovered in gyms and beaches around the city.

The troupe started wearing Chippendales’s signature bowtie and cuffs at the suggestion of Snider’s wife, Dorothy Stratten, a Playboy Playmate of the Year.

While the concept was a hit, there was little to no diversity as the performers who were hired were primarily white. 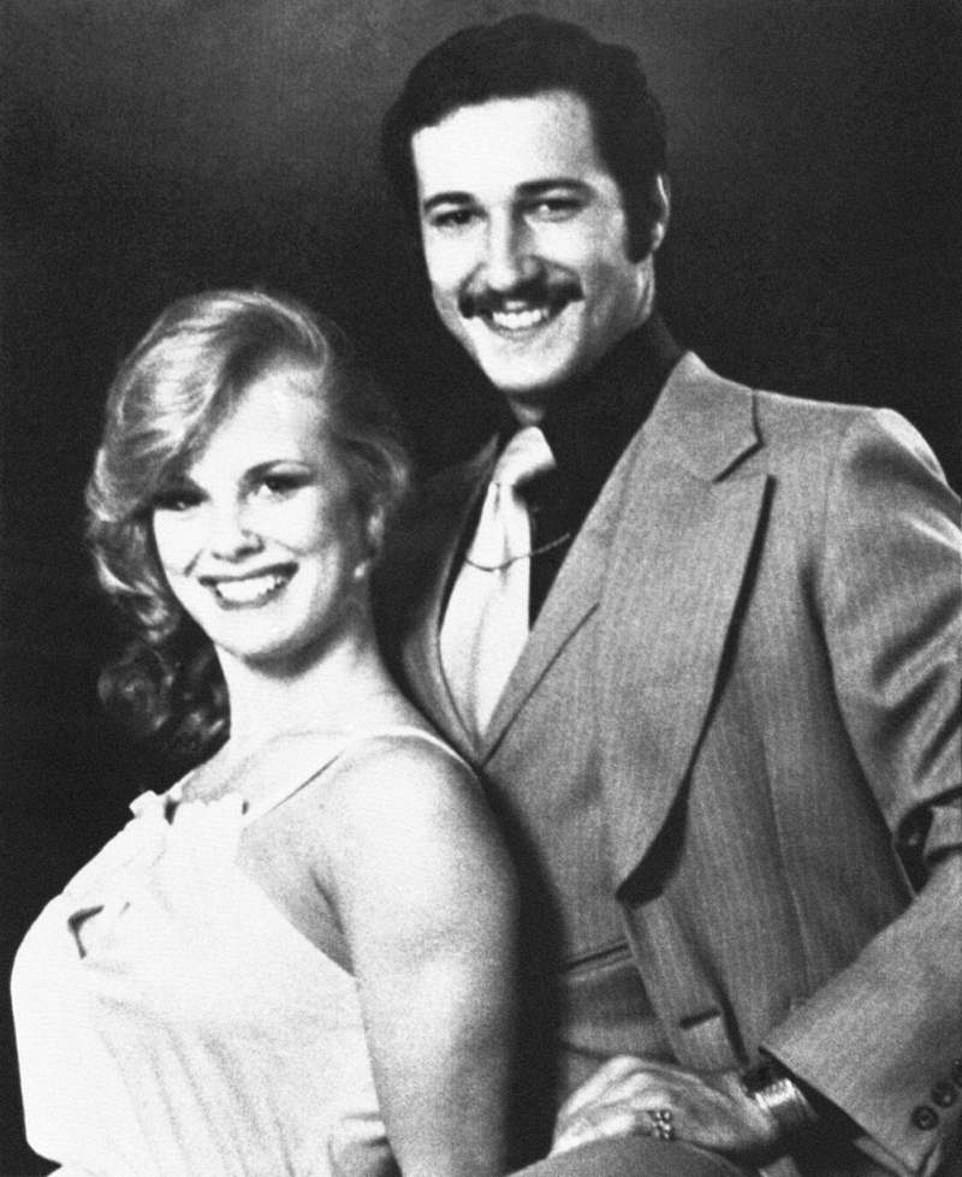 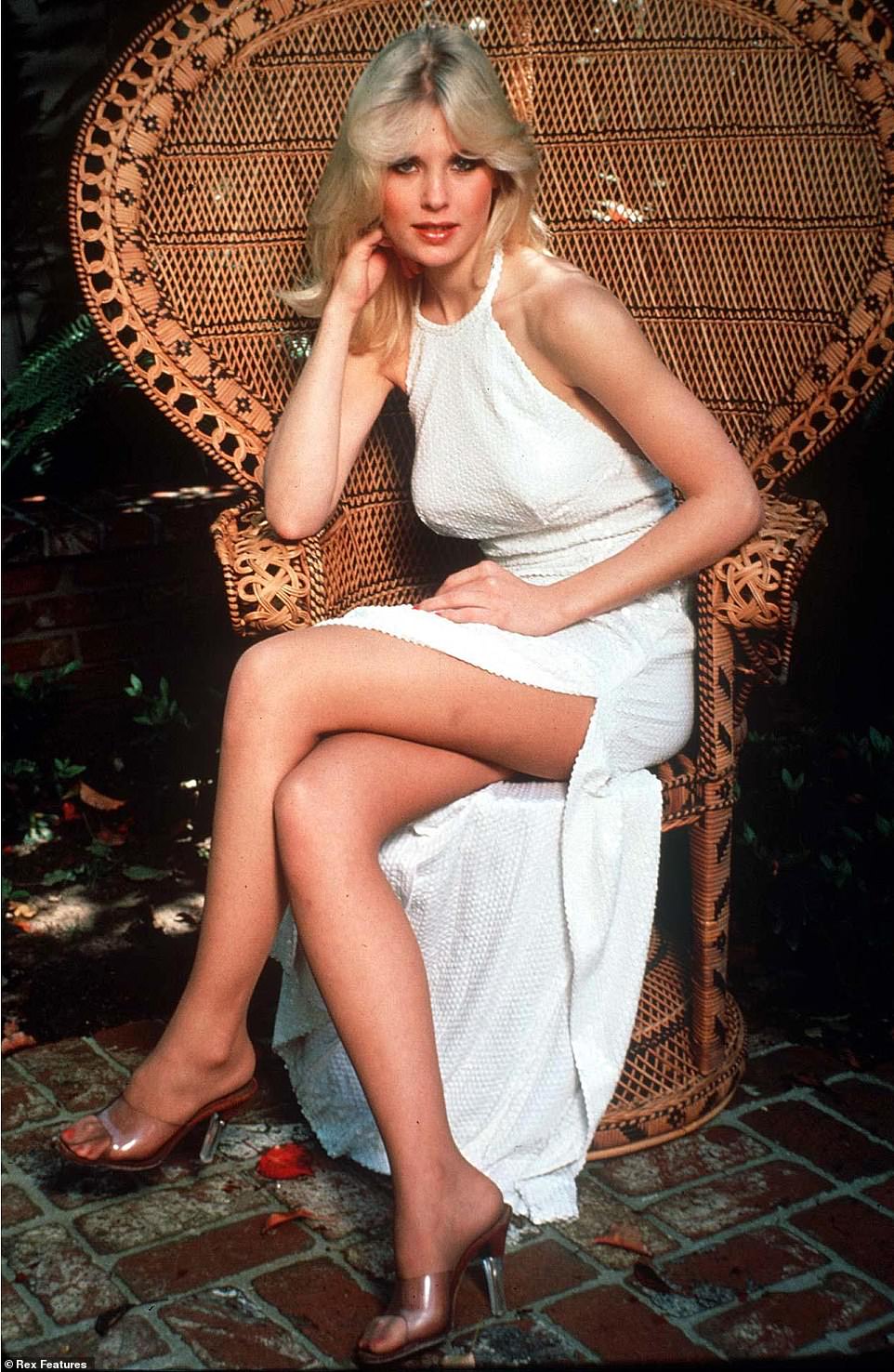 Troubles: Snider discovered Stratten in a Dairy Queen in Canada and took her to Hollywood. As she ascended to become Playboy Playmate of the Year, they drifted apart 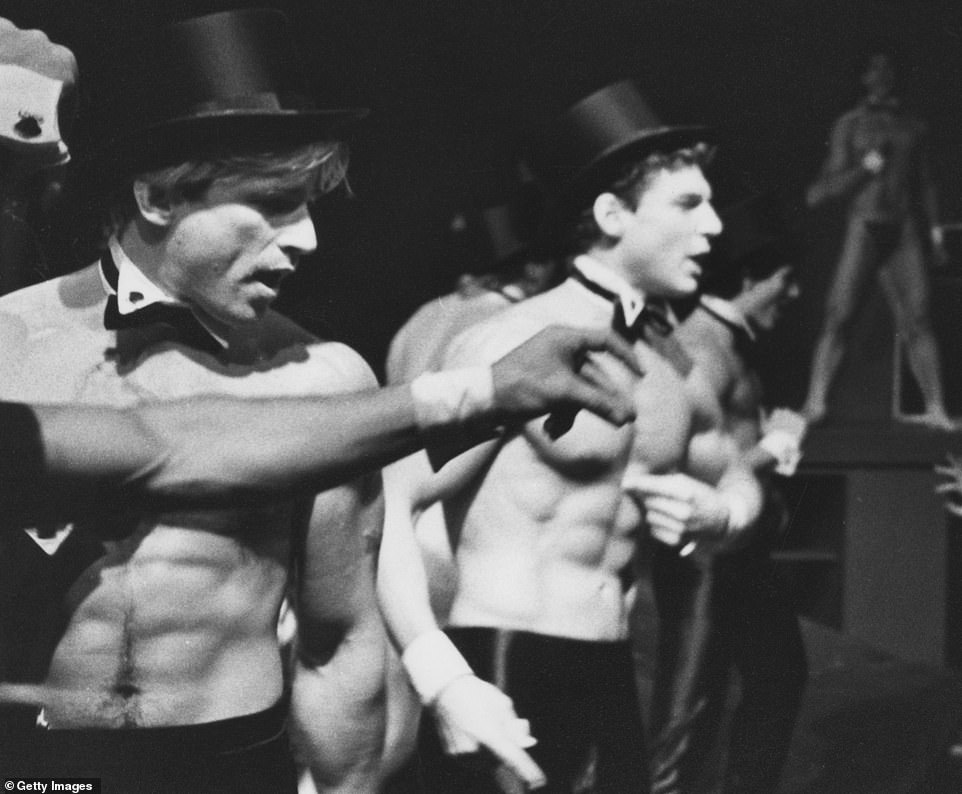 ‘Banerjee wanted a classy club, and for him, classy meant white,’ Petrzela told Los Angeles Magazine. ‘Although as the show matured, there was often one black dancer at a time.

‘But it’s important to realize how deliberately this was constructed as a white space in a city that is extraordinarily diverse. What Chippendales was creating was a new masculine ideal, which was white, really buff, and clean cut.’

Just a year after the club opened, Snider, jealous of his estranged wife’s success, shot and killed 20-year-old Stratten before turning the gun on himself in August 1980.

Snider discovered Stratten in a Dairy Queen in Canada and took her to Hollywood to try to make her famous. As she ascended to become Playmate of the Year and win Hugh Hefner’s attention, they drifted apart. 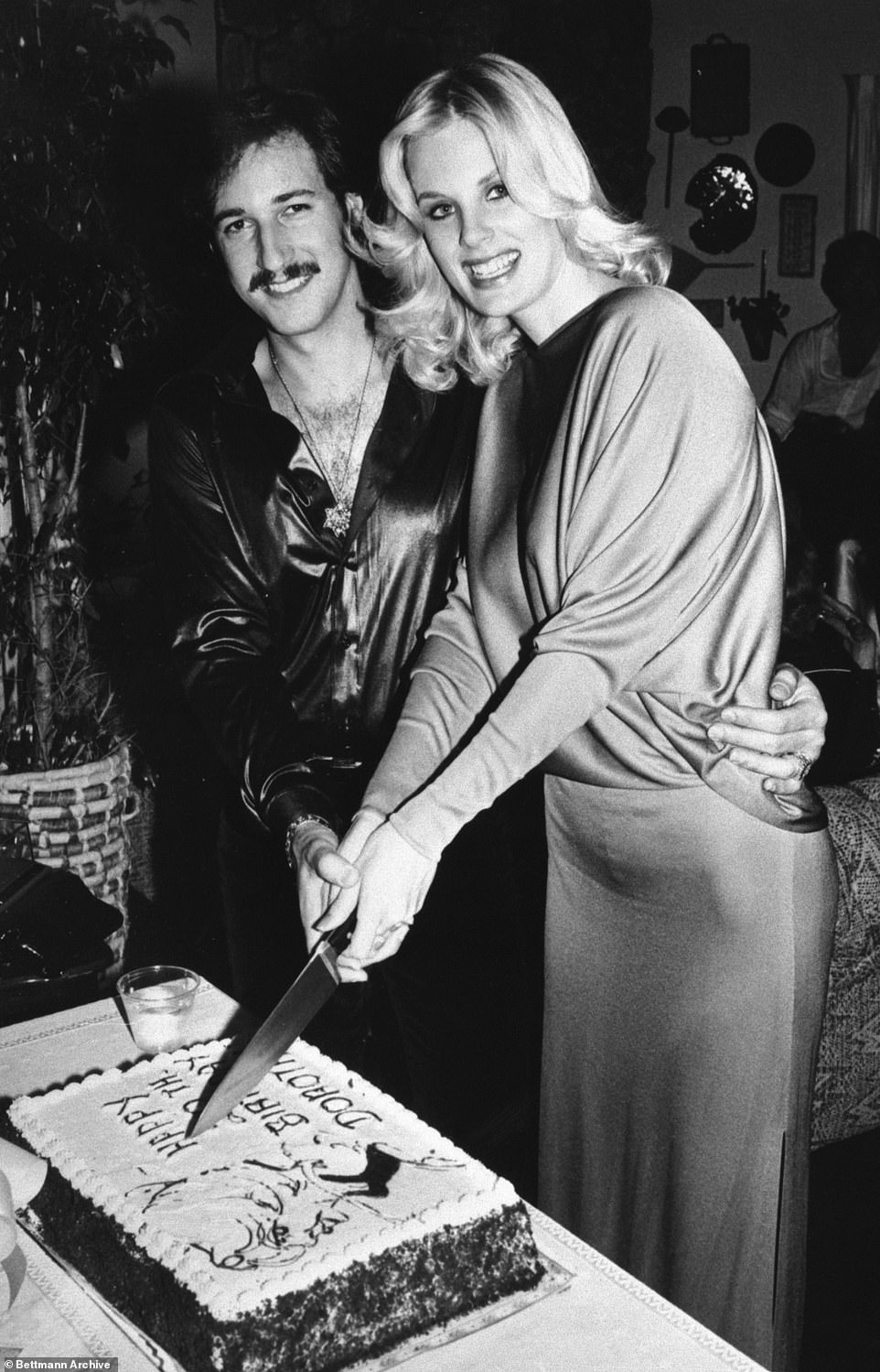 Murder-suicide: In 1980, Snider shot and killed Stratten before turning the gun on himself. They’re pictured celebrating her 20th birthday in their LA home where he later murdered her 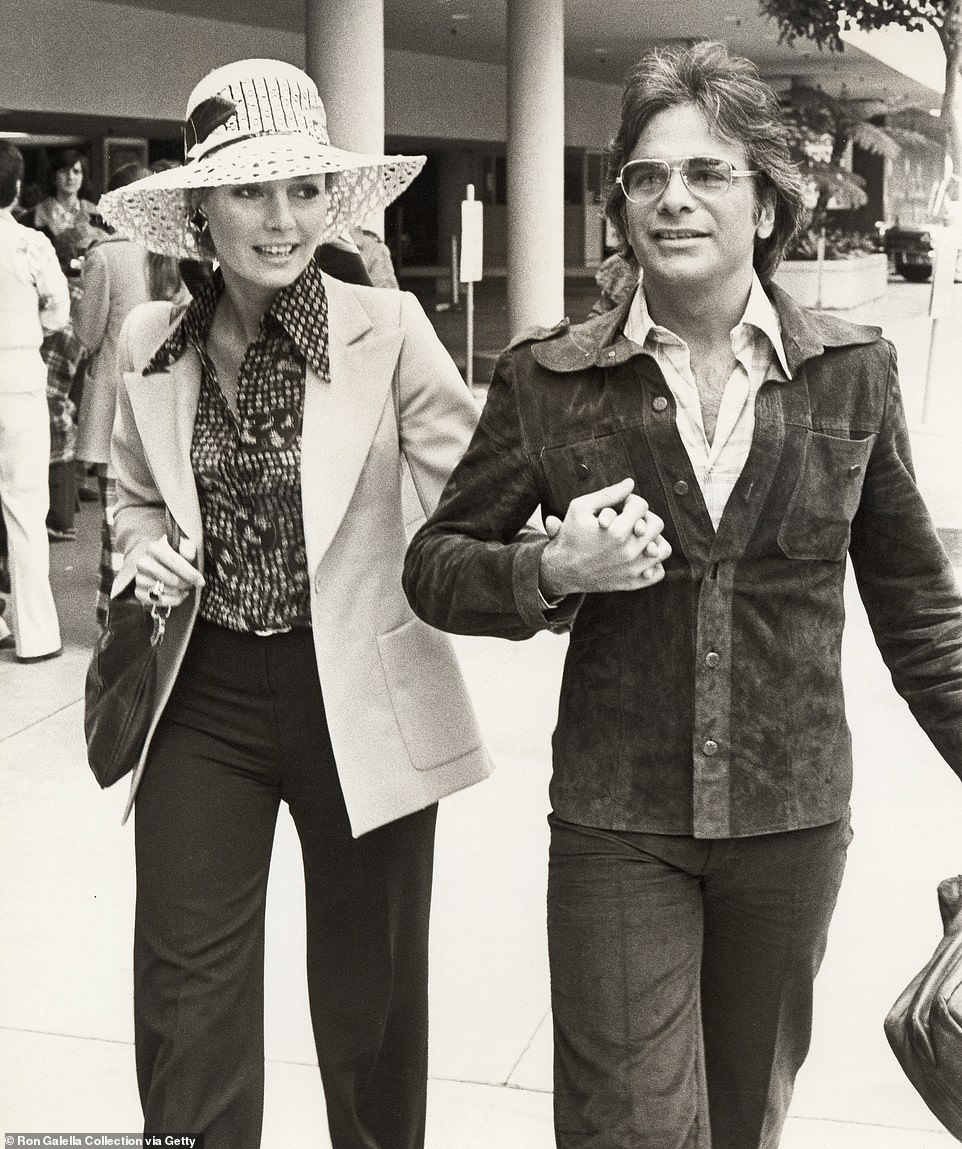 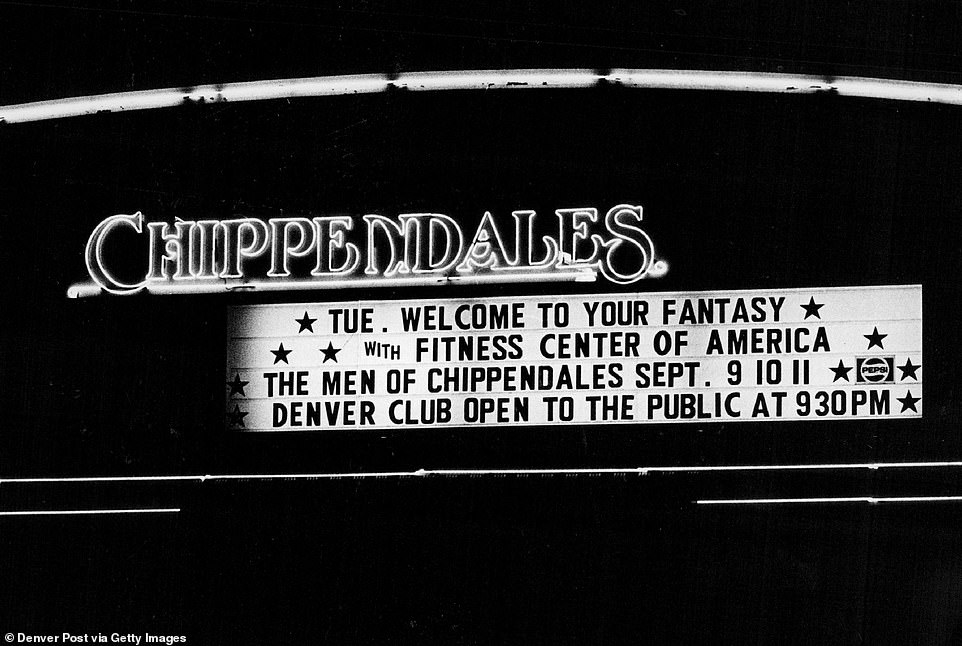 Greed: Banerjee became jealous of the money De Noia was pulling in from the tour and resented how he took credit for the success of Chippendales

She eventually became involved with a movie director Peter Bogdanovich after meeting him at a Playboy mansion party.

Snider, angry to be left behind, murdered her at his home after she came over to negotiate a financial settlement with him and then killed himself.

The murder-suicide became the basis of the 1983 drama Star 80, which starred Mariel Hemingway as Stratten and Eric Roberts as Snider.

They launched a second Chippendales location in New York in 1983 follow by clubs in Dallas and Denver, but the company started facing competition from rival male strip clubs. 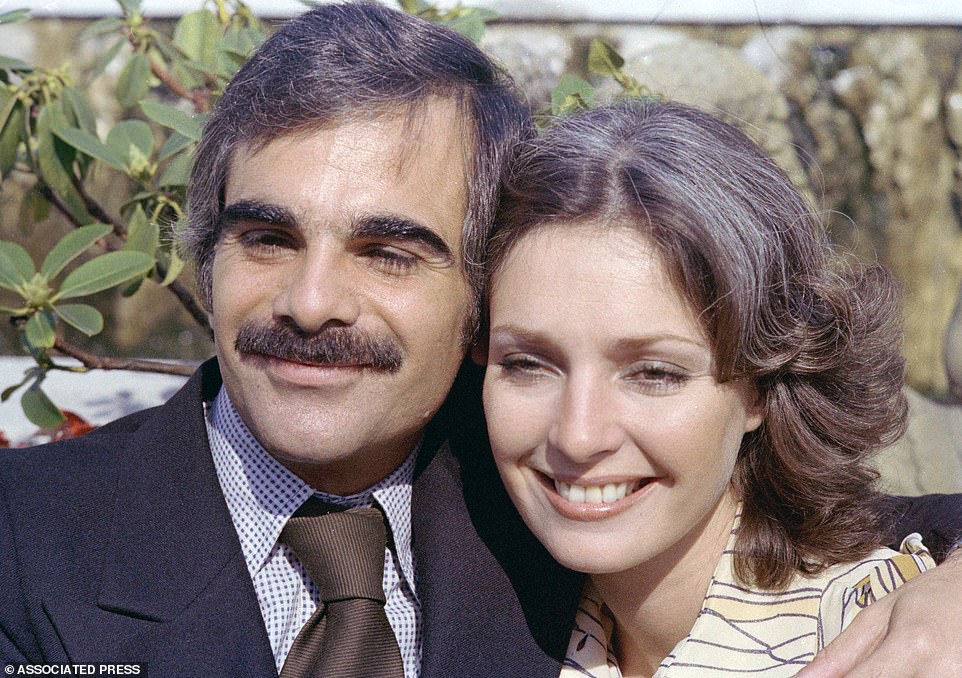 Hitman: Banerjee asked Ray Colone to hire a hitman to shoot De Noia in 1987. He’s pictured with O’Neill in 1975 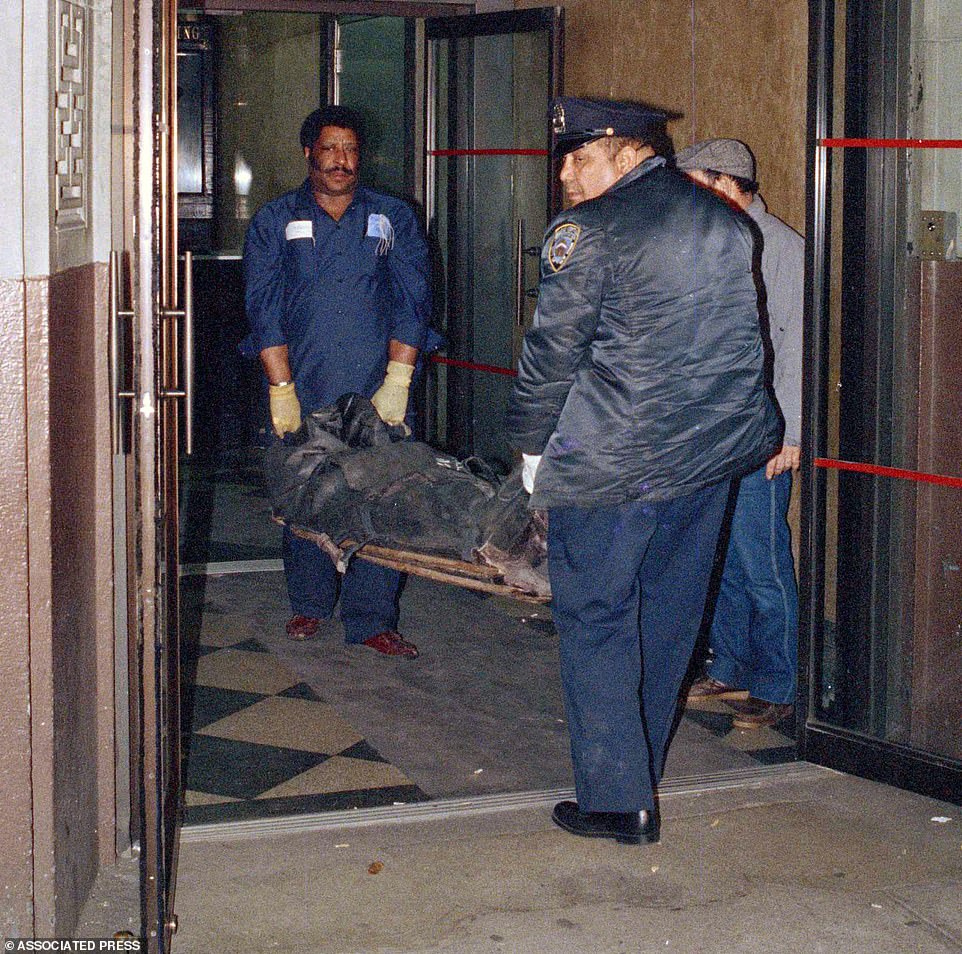 Crime scene: De Noia was shot in the face at his Chippendales office desk in midtown Manhattan. Police are pictured carrying out his body in April 1987 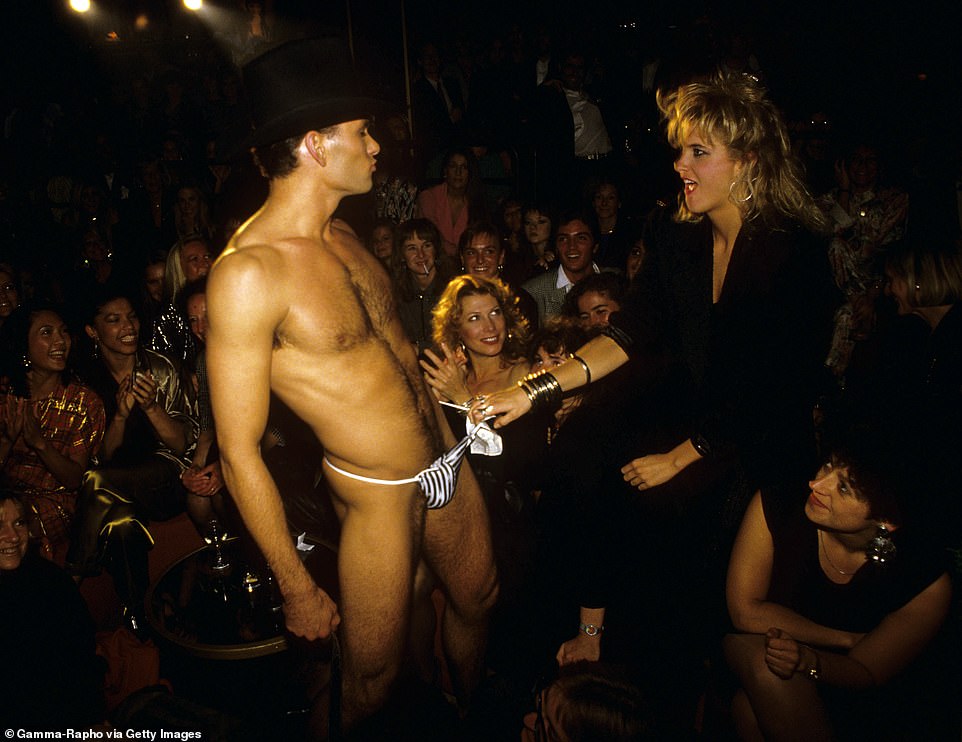 Still a success: Banerjee was arrested for racketeering, murder, and arson. He hanged himself in his jail cell in 1994. A Chippendales dancer is pictured performing in Paris in 1990

Worried about the future of his business, Banerjee attempted to burn down or vandalize competing clubs. During this time, his relationship with De Noia had also deteriorated, with Banerjee’s partner Nahin sometimes having to serve as the middle man between the two.

Banerjee was jealous of the money De Noia was pulling in from the tour and resented how he took credit for the success of Chippendales. In 1987, he asked Ray Colone to hire a hitman to shoot De Noia dead at his Chippendales office desk in midtown Manhattan.

The Chippendales co-founder was also plotting to have Nahin and two other former associates killed, but an FBI sting led to his arrest. 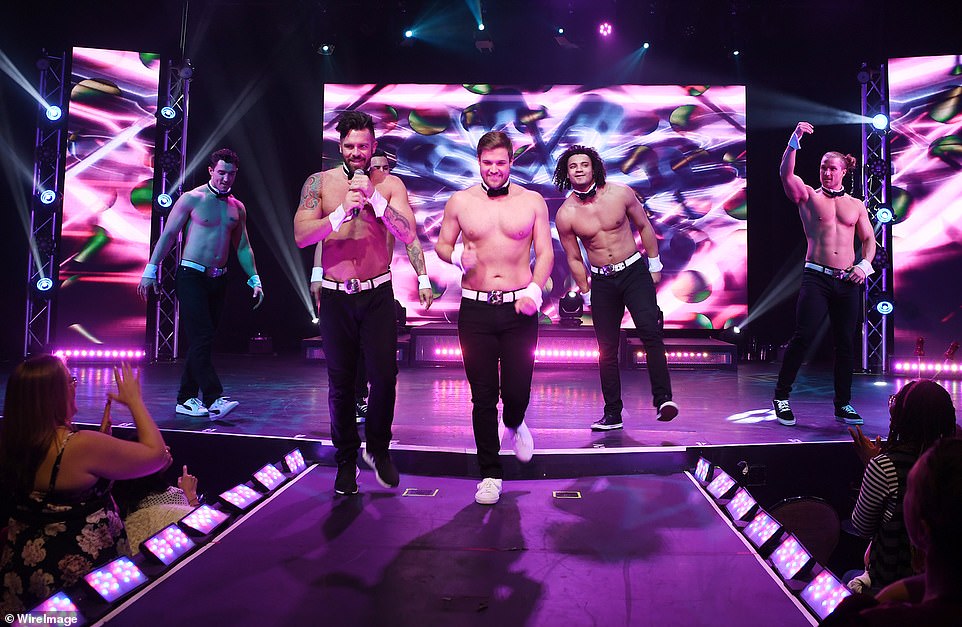 Success: New owners relaunched Chippendales in 2000. The dancers now perform for a whole new crowd at a $10 million theater in the Rio All Suite Hotel and Casino in Las Vegas 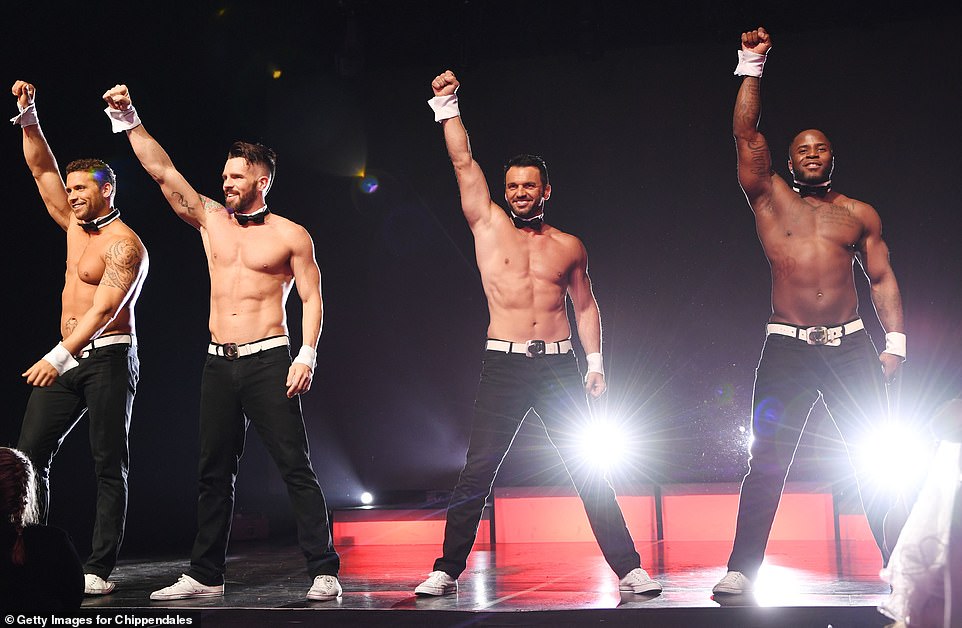 Famous faces: Tony Dovolani from Dancing With the Stars is pictured performing in a Chippendales show in 2018

He was to be sentenced to 26 years in prison under terms of a plea bargain, the Los Angeles Times reported in 1994.

Banerjee was found dead in his cell after he used a bedsheet to hang himself.

The Chippendales clubs closed after De Noia and Banerjee’s deaths, but new owners bought and relaunched the brand in 2000.

The Chippendales dancers now perform for a whole new crowd at a $10 million theater in the Rio All Suite Hotel and Casino in Las Vegas that was built specifically for the troupe. They also continue to tour worldwide.

Welcome to Your Fantasy premiered on February 10 with the first of eight episodes chronicling the dark history of the campy male strip show.