The day Matt Dawson threw a dummy which a whole country bought! Former Lions scrum-half recalls the sublime part he played in historic 1997 series win against the Springboks

Matt Dawson winds back to a couple of minutes in 1997. To a hospital pass he never wanted to receive and an inside ball he never intended to give.

‘You can’t plan for something like that,’ says the former scrum-half.

The uninviting gift came courtesy of Lions No 8 and good friend Tim Rodber. ‘He gave me a look as if to say, ‘You have a go Daws… it’s your turn’.’ 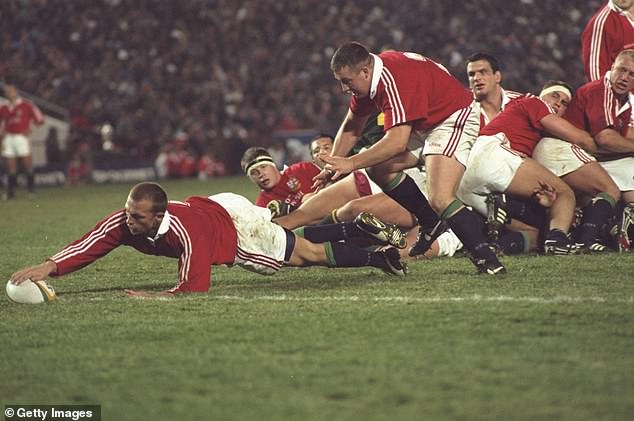 Towards the end of a punishing first Test against South Africa in Cape Town, Plan A had run its course.

‘We knew their scrum was world class,’ Dawson explains. ‘It had to be about bending the rules. We worked on our body height and tried to get lower than they could handle.’

That led to a formula: ‘Me putting the ball in, Keith Wood hooking it, Tim Rodber scooping the ball up.’ The only snag? ‘Rodber would get absolutely smashed by the South Africa back row as soon as he picked it up.’

Eventually he’d had enough. So, with seven minutes left and the Lions trailing by a point, responsibility fell to a 24-year-old with the contest’s smallest shoulders. ‘I’m going to get absolutely marmalised,’ Dawson thought.

So he scarpered right from behind the scrum and evaded one tackle. Four more defenders swarmed. The isolated No 9 feigned to flick the ball over his right shoulder. 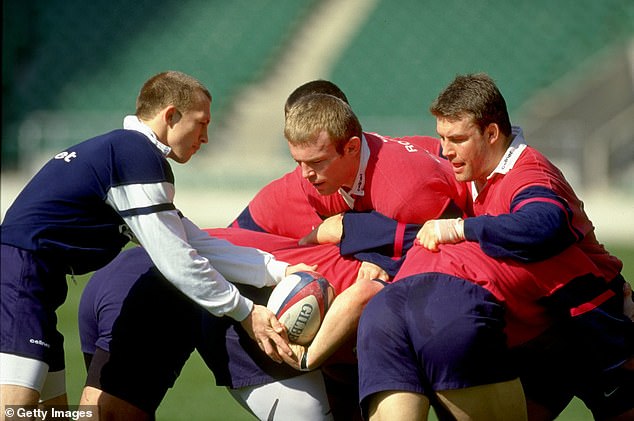 ‘You keep running until someone gets you,’ he recalls. ‘You throw a dummy to try to buy yourself some time. Before you know it, they’ve all fallen for it and you’re jogging into the corner. What on earth has everybody just stopped for? ‘Right, I’ll carry on going.’

As for Rodber? ‘He’s looking at me thinking, ‘You cheeky little bugger’.’

The try turned the game in the tourists’ favour. Alan Tait’s late score secured a 25-16 win that paved the way for a historic series victory.

‘Even when I was a little boy, I used to love having a break down the short side, trying to throw dummies,’ Dawson recalls. ‘It was 15-20 years of understanding body language, those split seconds. Have they fallen for it? What are their eyes doing?’

How Warren Gatland could do with similar cunning when the Lions return to Cape Town on Saturday. Over to you, Ali Price.

Some tenets of that 1997 tour will remain relics from another era. ‘The rules were set early on,’ Dawson explains. ‘As long as you’re in shape to train the next day and don’t disturb anybody, go fill your boots. 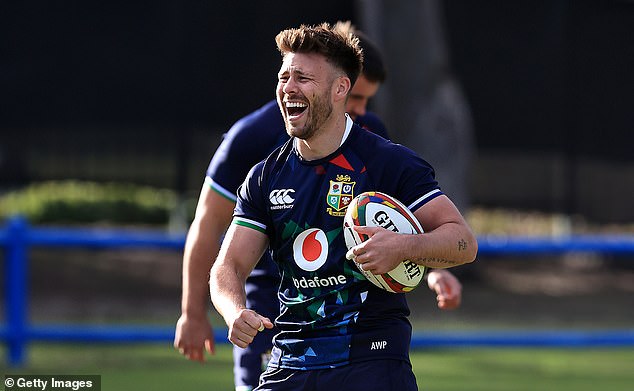 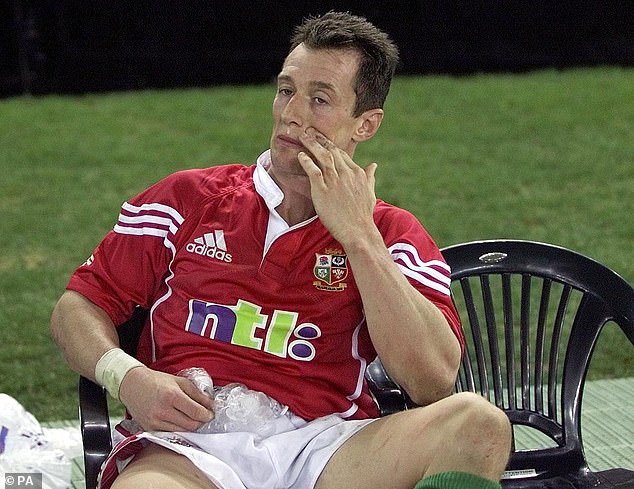 ‘It didn’t matter whether you had an hour’s sleep, or you were in bed and your room-mate turned up at 5am.’

No one pushed those boundaries more than prop Paul Wallace. ‘He would get up with two hours’ sleep and hit the scrummage machine 50 times and get picked because he was playing so brilliantly. And yet you could count on one hand how many nights he didn’t go out.’

An injury to Rob Howley opened the door to the Test team for Dawson, but Howley proved a useful human study. ‘I shared a room with him and he preferred a hard bed so he’d put the mattress on the floor and put the bed against the wall, rather than getting on with it and having a sore back.’

Those lessons paid off in Cape Town, where the Lions’ extra-curricular activities resumed in the changing room. ‘I went into the loo to get myself a bit of time because it was so manic,’ Dawson recalls. His mobile phone was flooded with voicemails. One was from a friend in a raucous Northampton bar.

‘He’d had a bet on the Lions to win,’ Dawson recalls. ‘So I’m not sure he was celebrating because I’d scored, it was because he’d won a load of money!’

Matt Dawson was speaking to the Daily Mail in conjunction with William Hill. 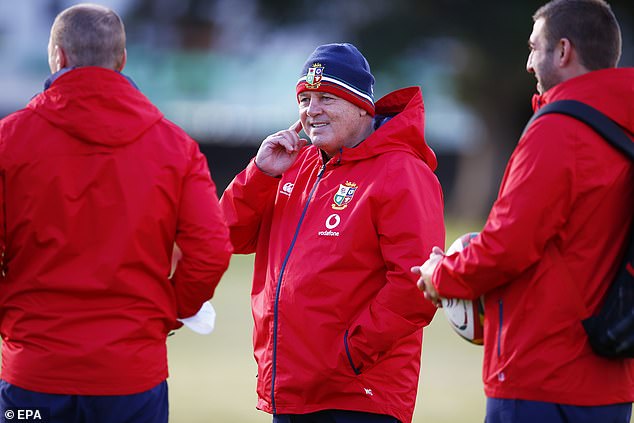