Opening your home for a dinner party should be simple in theory; good food, good company – what’s not to enjoy?

However, according to fashion bible Tatler, there is a list of dinner party crimes as long as your arm – and hosts commit them all too readily, often because they’re desperate to get their dining room just so.

From over-zealous decoration – or ‘tablescaping’ as its sometimes called, to creating an inferno with pretty candles, the society magazine has outlined what you shouldn’t do if you’re hoping for a spectacular evening chez vous.

Rule number one: Switch off the smartphone and go for some good old fashioned conversation

DON’T BE TEMPTED TO THEME YOUR TABLE

With the season of dinner parties about to get into full swing, Tatler says avoiding current trends altogether is a good way to start.

Themed displays including ‘a mini-trellis with roses gently clambering all over it’, ‘a hedge-like fortification with fake butterflies’ and ‘jars of live butterflies flickering against the glass of a display cloche’ are all en vogue…but should be avoided like the plague if you don’t want substance to be overcome by style. 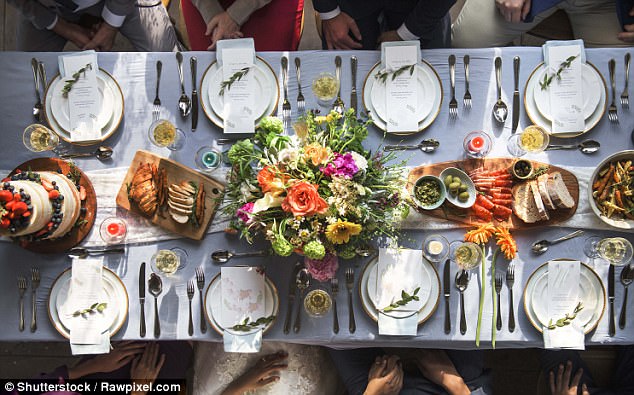 Beautiful centre, shame no-one can see each other! Flowers should be treated with caution, even if they do still suggest wealth, says Tatler

RELISH THE COMPANY, NOT THE SOCIAL MEDIA KICKS

In an age where it isn’t hard to live life through a lens, a dinner party should remain sacred. It’s an intimate affair, not a flash restaurant in a new part of town. Opt for some good old human interaction…and turn your phone off. 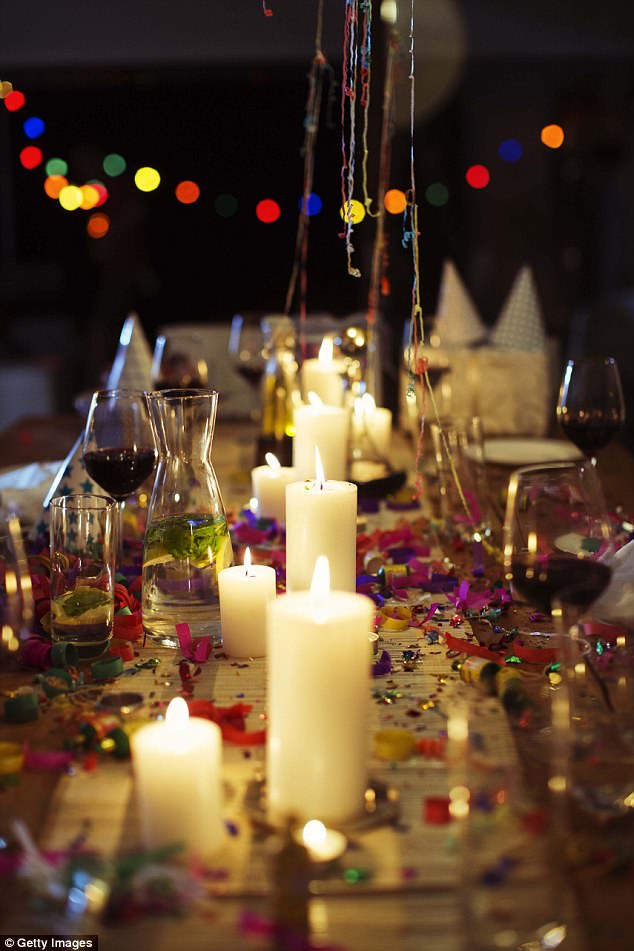 Candles, reliable mood setters, can also be a flaming disaster if there are too many of them, say those in the know.

Tatler continues: ‘Rooms entirely lit by candles so that the person opposite you is obscured in a terrifying, heat-hazy glow.’ 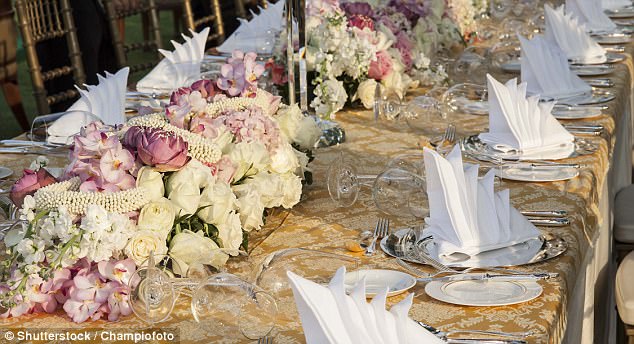 Let’s build a wall…and watch the room fall silent: pretty, themed displays can be beautiful at weddings…but a dinner party should be about the people not the peonies…

Flowers are surely an old faithful when it comes to table centres? Well, no, actually.

The placement of flowers, so beautiful, yet often so obstructing, also needs to be thought out carefully; there is no better conversation killer than a vase in front of a fellow diner’s face.

The magazine advises that while blooms can still be an obvious sign of wealth, they can also completely overwhelm a social situation with a conversation cut short because guests can’t see each other over the foliage.

And, you might know what they feel about monogrammed tableware, don’t go there…