When Dr Tom Makin returns home from a two-week summer holiday, there is one household chore he sees to before he even unpacks his bags. He heads straight to the bathroom and turns on the shower before dashing out again, shutting the door firmly behind him.

‘I cover my nose and mouth with one hand and turn on the shower with the other,’ he says. ‘After 20 minutes or so, I’ll turn the shower off and then I won’t go back into the bathroom for at least another 20 minutes.’

This strange ritual has nothing to do with superstition or obsessive behaviour. Instead, it is designed to minimise the chances of Dr Makin, or any of his family, inhaling potentially lethal bacteria – called legionella – that thrive in the stagnant water which collects in domestic shower heads when they are unused for anything more than a few days.

It may sound over-cautious but without this preventive action, contaminated droplets of water could be inhaled deep into the lungs where they can cause legionnaire’s disease, a condition which triggers potentially life-threatening pneumonia and organ failure.

And there are few people in Britain better qualified to know the dangers – Dr Makin, from Cheshire, is a microbiologist who has spent nearly 30 years studying outbreaks.

He warns summer time is the peak period for legionnaire’s infection risk due to hotter weather. The bug thrives in stagnant water above 20C and below 45C – inside shower heads, water butts, pipes, and even in your garden hose or sprinkler system. So something as simple as watering the flowers could lead to a potentially fatal infection.

DISEASE THAT HASN’T BEEN CONSIGNED TO HISTORY

Legionnaire’s was first identified in 1976 when several delegates at a conference in Philadelphia fell ill after breathing in contaminated water droplets circulating in the water-cooled air-conditioning system. It was also the shocking cause of 28 deaths at a Staffordshire hospital in 1985. But the disease is very much still a problem today.

Official figures suggest that around 500 Britons a year are infected, although it is feared that many more cases go unreported because patients endure temporary symptoms before making a full recovery without the need for treatment.

The World Health Organisation attributes rising numbers of diagnoses partly to more people having showers rather than baths.

But it’s not just our bathing habits that pose a threat. Gardeners turning on their sprinklers for the first time in many months to perk up dry lawns are just as much at risk. 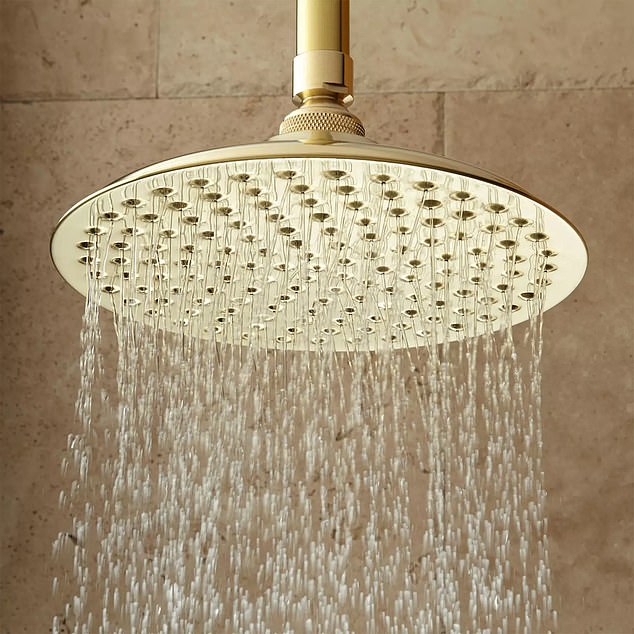 Breathlessness, severe chest pain and a high temperature usually appear within a few days of legionnaire’s infection, which is thought to account for as many as one in six cases of pneumonia in the UK.

Survivors who are treated often have to take antibiotics for several weeks to try to clear the bug from their systems.

Most at risk are smokers, those with weakened immune systems due to existing health problems such as diabetes or cancer, and the elderly. But the bug can affect healthy people too. Earlier this month, 14 people fell ill after an outbreak linked to a hot tub at a health spa in Bournemouth. Nine of them ended up in hospital.

But increasingly, experts fear more and more people in Britain are being struck down by legionella bugs lurking in and around their own homes. In 2017, scientists from Public Health England took samples from 99 showers at 82 properties in Bristol, Bath, Oxford, Portsmouth, Southampton and Salisbury.

Water was extracted from shower heads left idle for a hours and swabs were taken from bathroom pipes. Nearly a third of samples tested positive for legionella.

Researchers said six per cent of properties had dangerously high levels of the bug – the equivalent to 1.5 million households in the UK. Three samples they found even included a virulent new strain of legionella not seen before in the UK.

Public Health England claims that foreign travel is the biggest source of infection. But, says Dr Makin, it is now likely that many of these cases are due instead to travellers using their own contaminated showers when they return home.

Retired builder Stephen Clements, from Norfolk, died in 2017 from legionnaire’s after inhaling tiny droplets of bug-infested water from his garden hose when he was cleaning his patio.

It is thought that water lying stagnant in the hose was heated by the sun, allowing the legionella bacteria to flourish.

And an investigation last year by scientists from the Government’s military research base at Porton Down in Wiltshire also found 95 per cent of Britain’s 11 million domestic garden water butts are infested with legionella. 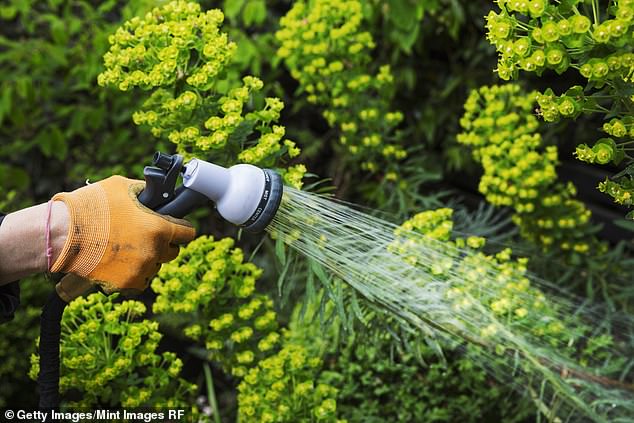 A recent report from the World Health Organisation warned legionnaire’s disease should now be considered a ‘climate-sensitive health issue’.

‘We are seeing longer, hotter summers and that’s going to encourage the bugs to grow,’ says Dr Makin.

So what should we be doing to protect ourselves?

The Royal Horticultural Society advises: ‘Empty the water out of garden hoses when you’ve finished using them and don’t leave full hoses in the sun after use.

‘Avoid splashing water around when watering pots and scrub out tanks and butts once a year.

‘To stop water temperatures increasing in warm weather, paint butts a light colour to reflect the heat. And if any stored water for use in mist irrigation or sprinklers is above 20C, do not use it.’

Research shows one in five cars with only water in their wiper reservoir, rather than an added antibacterial screen wash too, have traces of deadly legionella that is squirted into the air every time the screen is cleaned.

The dangers of inhalation increase if car windows are open. Up to one in five legionella infections could occur this way.

And simply opening a bag of compost for the garden could cause a deadly infection. The warm, moist conditions – and abundance of nutrients – are perfect for a particular strain of legionella. The RHS warns against opening compost bags with your face directly over them and make sure you close bags when you’ve finished.

And as for showers?

Dr Makin says: ‘If you’ve not used the shower for more than three or four days, run it – with both hot and cold taps turned on gently – for 20 minutes.

‘If you have a flexible hose, place the shower head directly over the plughole – that way it doesn’t generate airborne droplets.

‘If not, shut the door behind you and don’t go back in for at least 20 minutes, or until all the airborne water droplets have dispersed.’

… you get that restless feeling in your legs?

A feeling of ‘creepy-crawly’ legs is caused by a stomach problem. Scientists found that those suffering regular bouts of tingling, aching legs at night – or restless leg syndrome – have an imbalance of bacteria in their gut. A team at Stanford University studied stool and breath samples from sufferers and found they had small intestinal bacterial overgrowth. The condition is thought to reduce levels of iron in the brain, a known trigger for the syndrome.